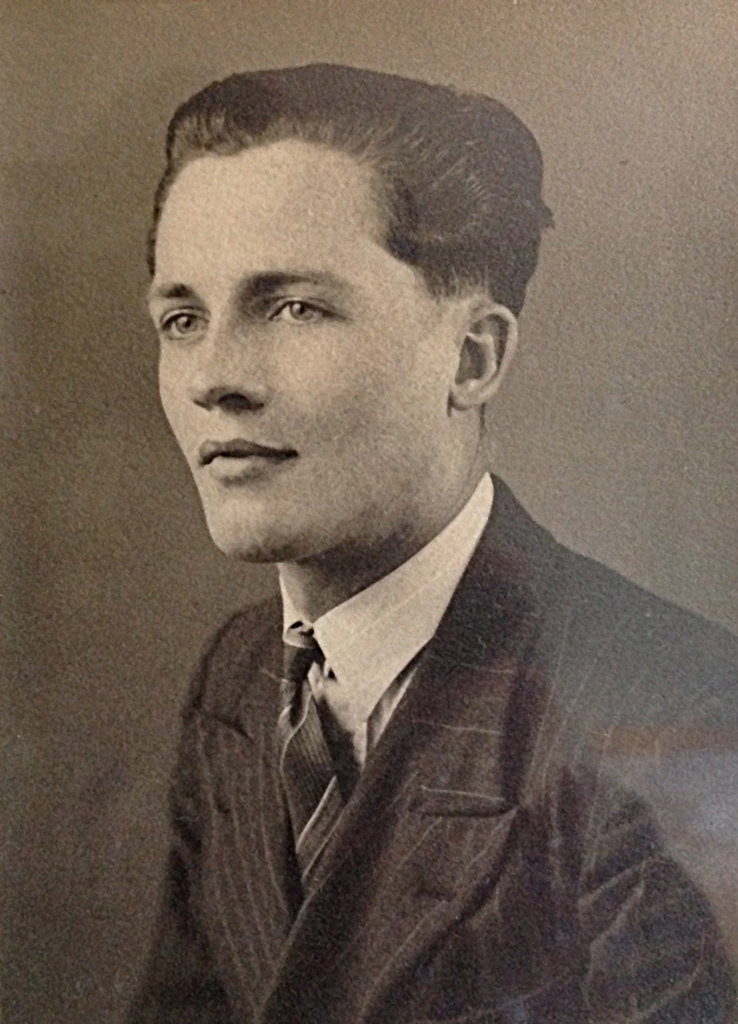 “The cutting edge of the civilized mind is the hand of the craftsman.”—Dr. Bronowski

The above quote was mounted to the wall of Alfred R. Mellows’ home workshop in Romford, England. It gives us a clue into the thoughts of a man who devoted a good part of his life to building a model lathe. This particular lathe was produced by the factory where Alfred worked as an apprentice machinist from 1939-1943.

Over the years, the Joe Martin Foundation has recognized craftsmen like Wilhelm Huxhold, Al Osterman, Barry Jordan, and others who have modeled machine tools in miniature. However, it wasn’t until later that we became aware of the miniature machine tool masterpiece that Alfred had produced in England.

Alfred Mellows had been working on this project—a functioning 1/6 scale model of a Holbrook Model C lathe—for many years. In fact, it was completed in 2003, just weeks before he passed away. Alfred’s son, Malcolm sent us some photos and background on his father’s remarkable project. The miniature lathe lives on as a tribute to the master craftsman who created it. Further, the project demonstrates the skills attained through a lifetime of precision work. Alfred’s miniature Holbrook lathe won prizes at model engineering contests, and was featured in Model Engineers’ Workshop magazine. 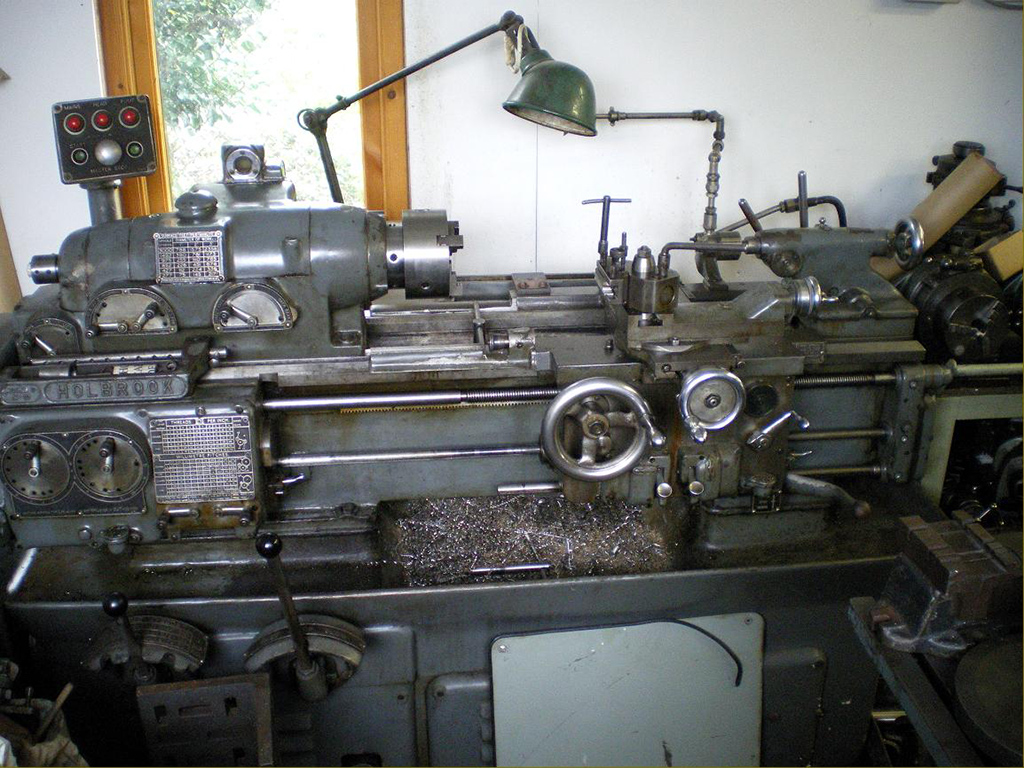 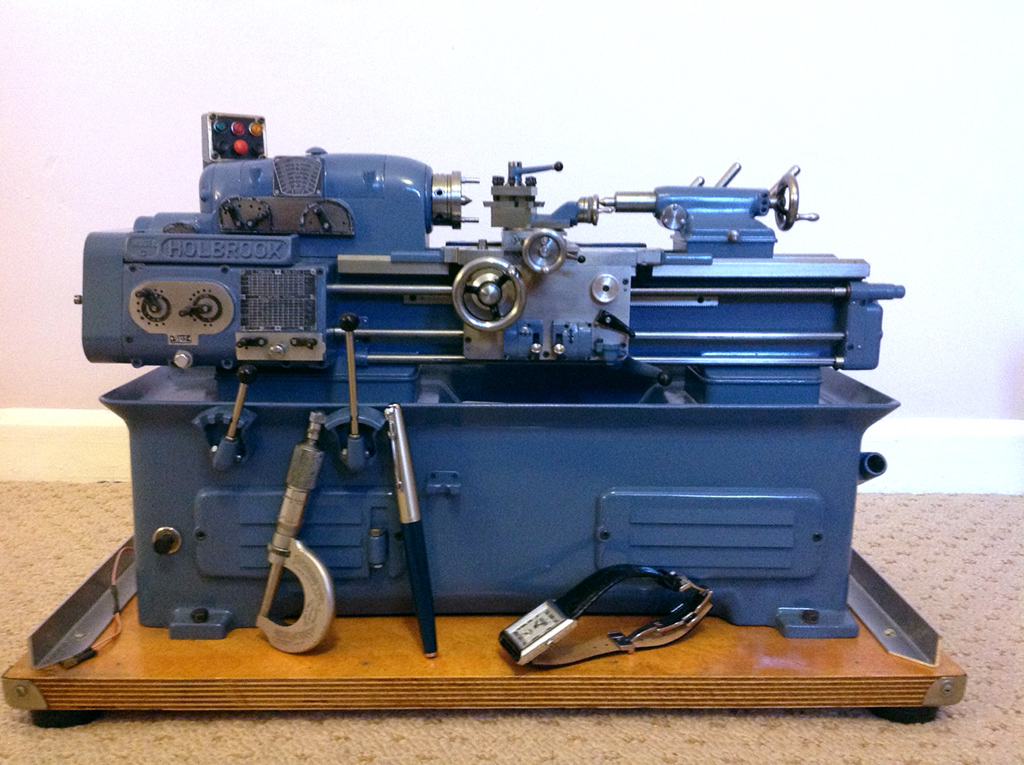 The first photo above shows a well-used, full-size Holbrook Model C lathe. The second photo shows Alfred Mellows’ functional 1/6 scale miniature. Without the calipers, pen, and wristwatch, it would be difficult to tell the difference between Alfred’s lathe and the original—especially because it duplicates all the functions of the full-size machine! 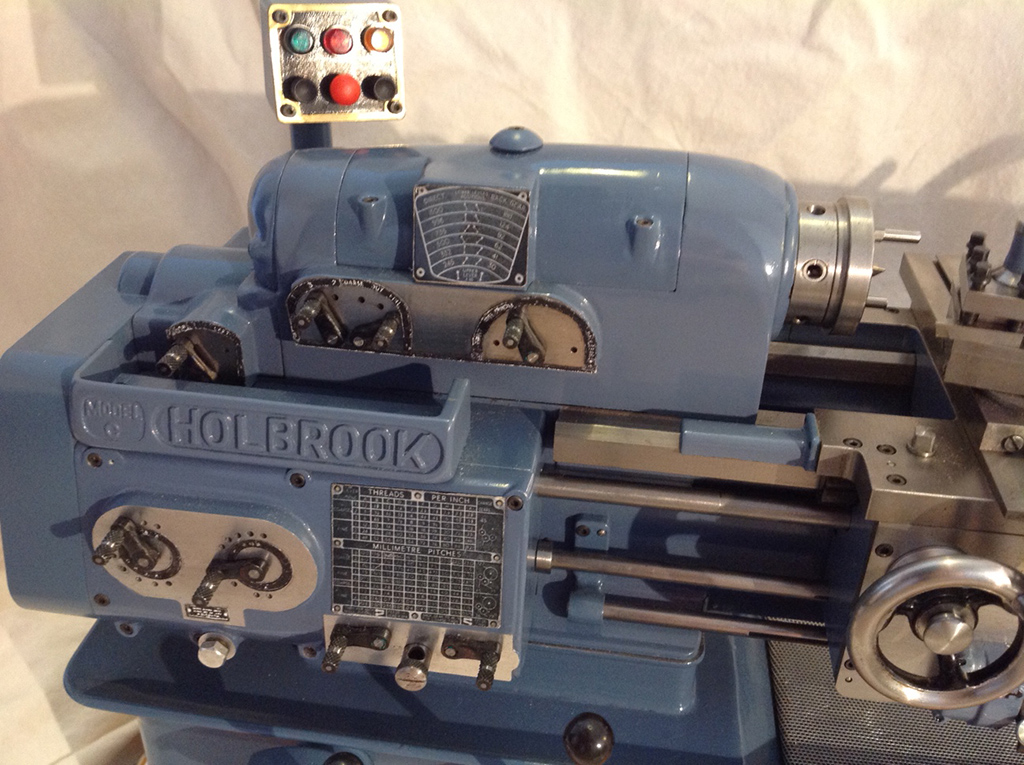 Every detail from the original Holbrook Model C lathe has been duplicated in Alfred’s 1/6 scale miniature. 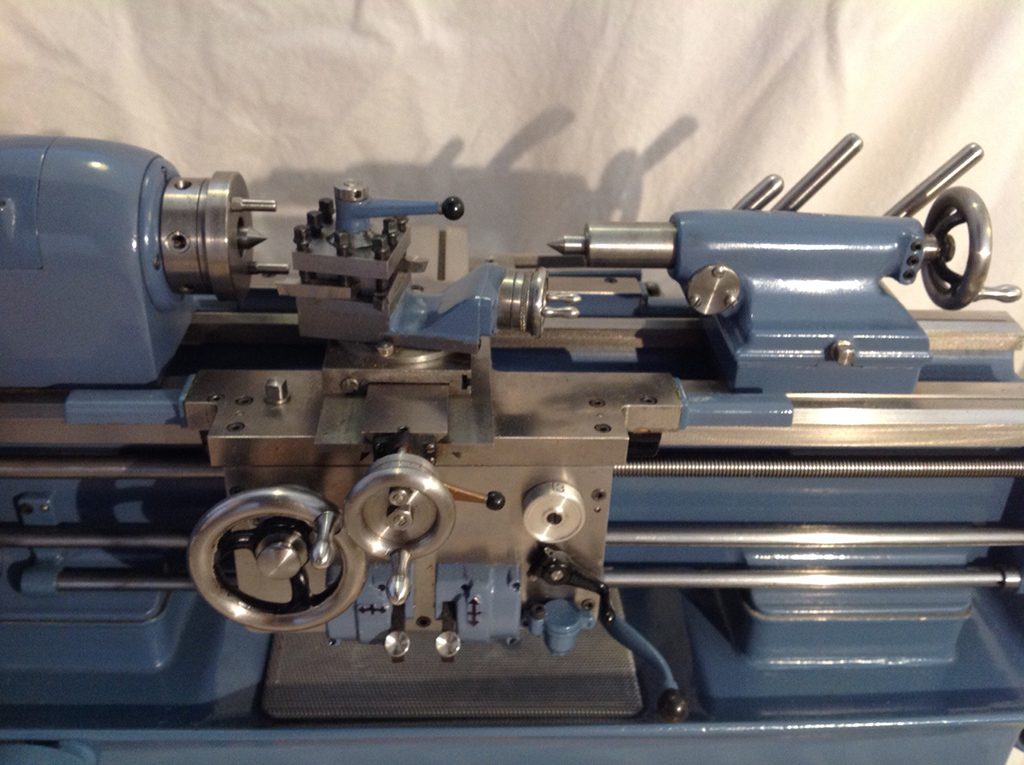 The scale lathe even functions just like the full-size original.

The old photograph of Bob Mellows was taken during his service at the De-Havilland Aircraft Co. in the late 1940’s to mid-1950’s, at the time when the idea for the model was first conceived. Having shown an aptitude for engineering, in his teen years he was granted an apprenticeship at the Holbrook Machine Tool Co., which was located near his home in London.

At the outbreak of World War II, he volunteered for service in engineering with the Royal Navy. However, he was turned down, having been told that it was better to finish his apprenticeship first, then come back and reapply to the military when qualified. 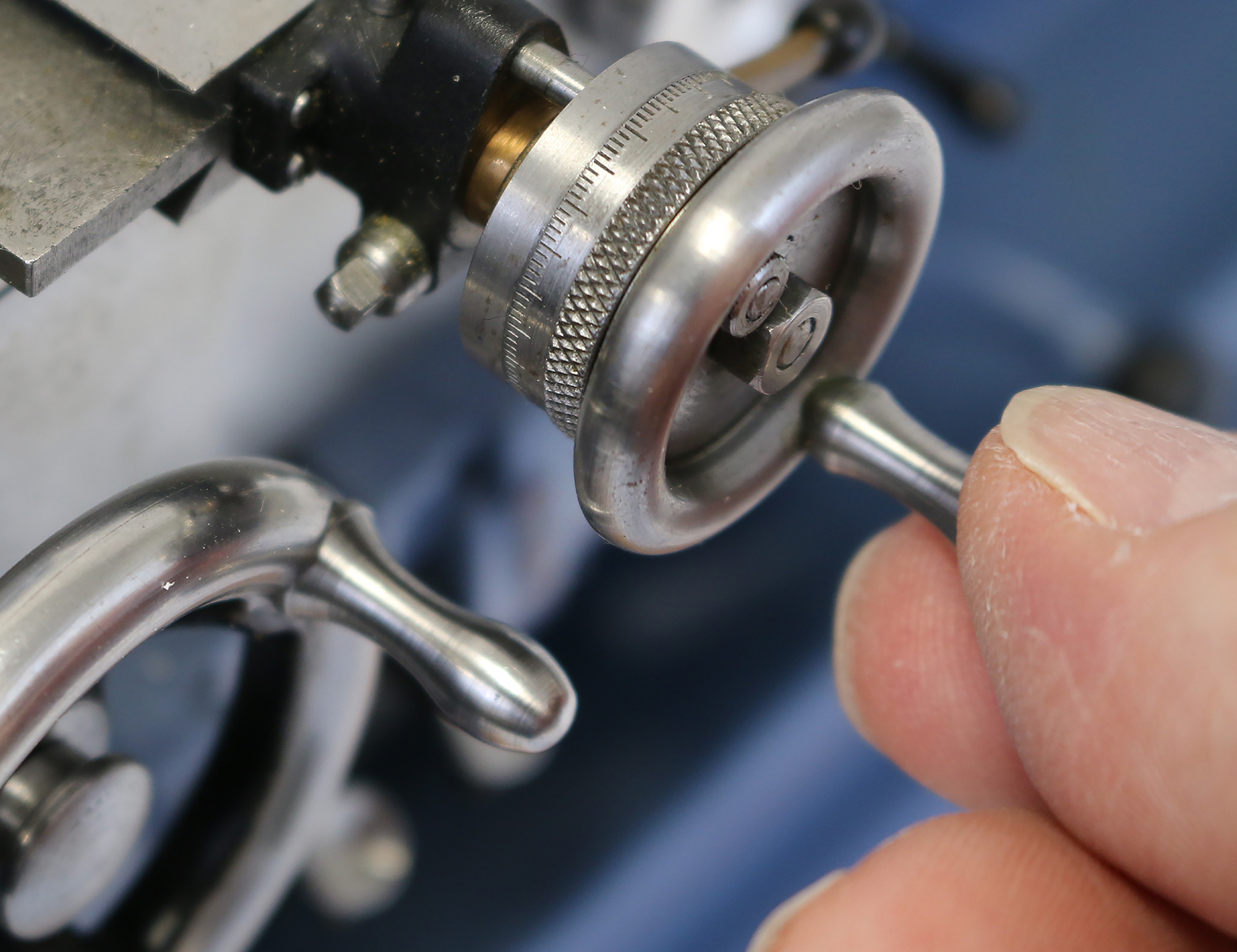 A closer look at some of the tiny hand wheels, with a full-size hand for scale reference. 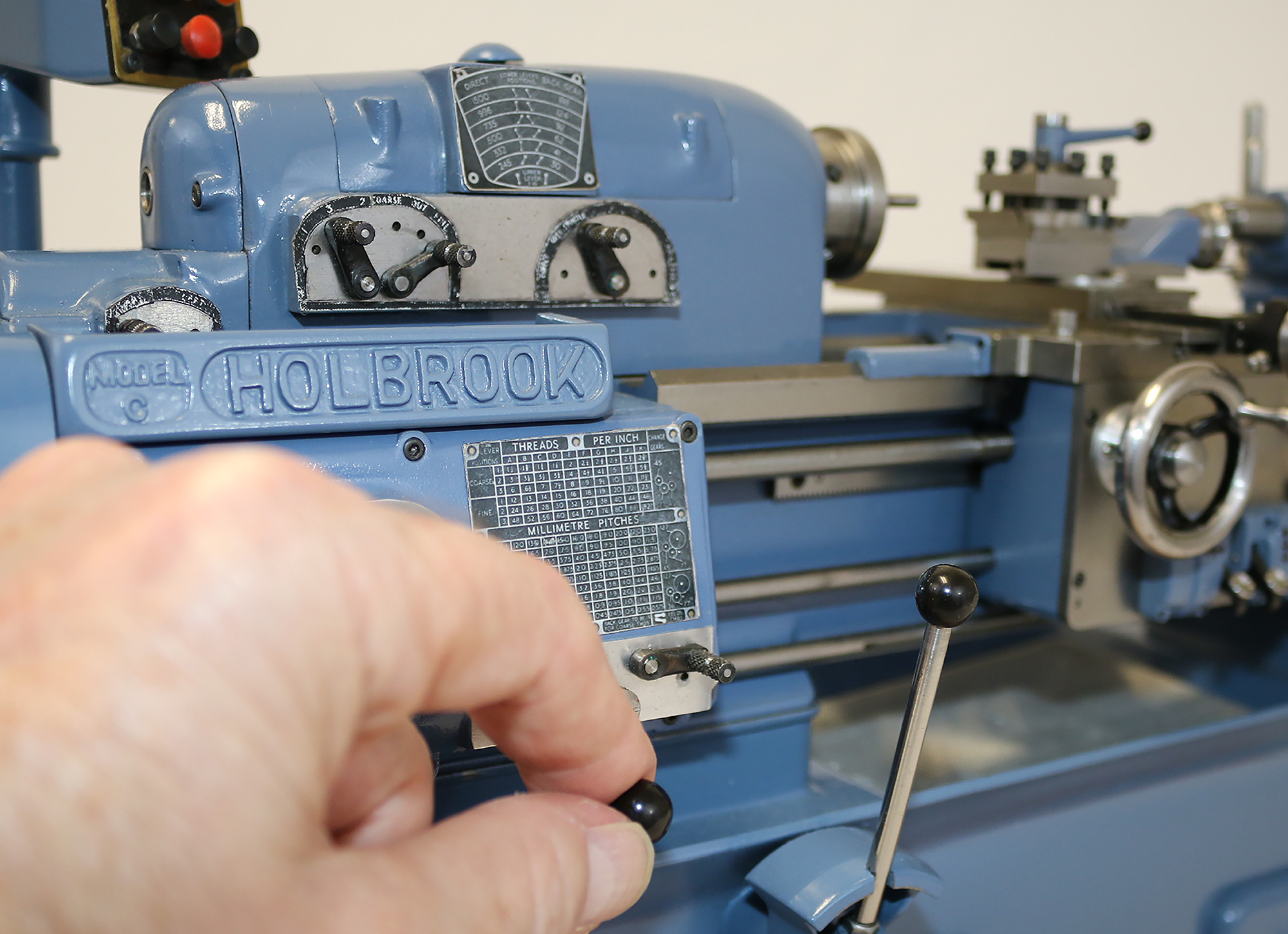 Alfred’s commitment to perfection is evident in these close-ups.

Having completed his training as instructed, he returned to volunteer again, only to be told that the services no longer required so many engineers, and that he would better serve in industry. With that, he was sent to the De-Havilland aircraft manufacturing plant, as that was also in London and within easy traveling distance of home. (Subject of course to the train not being hit by a German bomb, which was not impossible at the time.)

Strangely enough, Goering, the head of the German Luftwaffe, was so worried about the awesome De-Havilland Mosquito fighter bomber—for which he had no equivalent—that maybe Dad did better service at DH than had he joined the forces.

Whilst working, he decided in his free time to make a small model of a Holbrook lathe, but was teased by his workmates because it was of no use as it did not function.

With that, he took up the challenge and resolved to make a fully working scale model, which would be as if the real thing had been shrunk to a small scale. He decided that he would take however long it took to complete it. In fact, it took him the rest of his busy life to complete, working whenever he could. 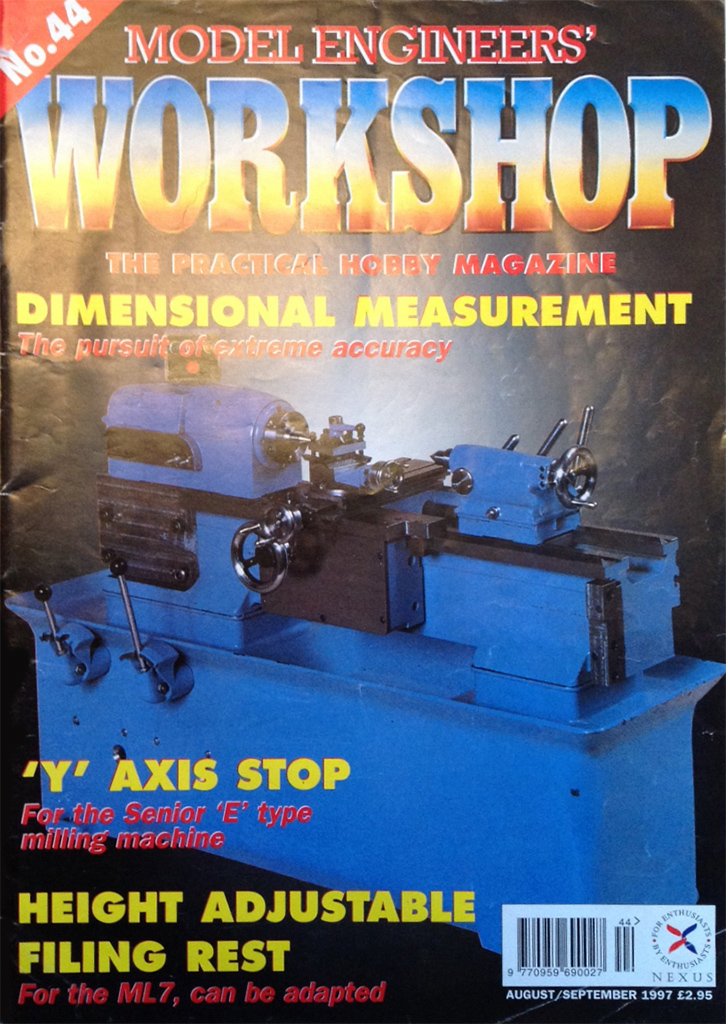 Alfred’s scale lathe was featured on the cover of Model Engineers’ Workshop magazine, issue #44 from Aug/Sept 1997. An update was also provided in issue #54, Dec ’98/Jan ’99. 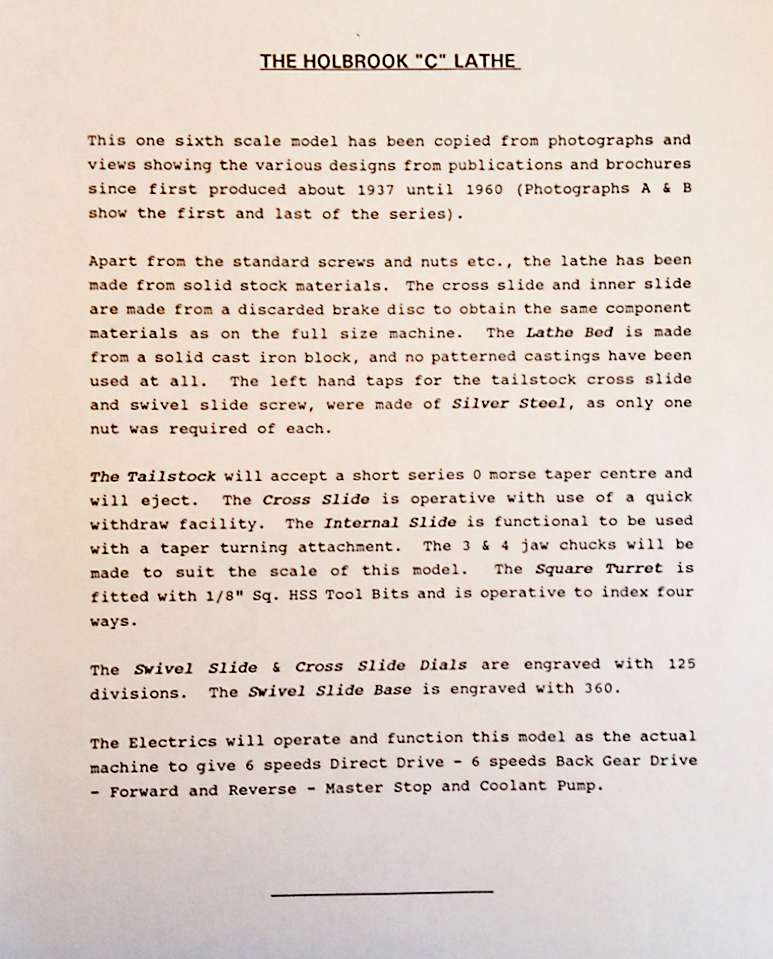 Mr. Mellows wrote this list of technical features for his miniature Holbrook lathe.

On leaving De-Havilland in the mid-1950’s, Dad worked for a variety of engineering firms. However, he was often consulted by a previous employer, and asked to return to solve a machinery problem that could not be rectified by their current engineers. He was much admired and respected for his expertise, and his right arm and instinct was trusted more than a proper torque wrench.

His work on his own cars was something else. He would dispute the machined tolerances on factory-fitted mechanical parts, and rework them to his own satisfaction.

In retirement, he decided that the completion of his model would be his motivation to, “get up in the morning,” and keep his mind active. He converted his garage into a workshop, and bought himself a small lathe, a modelers’ size vertical drilling machine, and various other gadgets. He then set about finishing his model.

Ironically, and tragically, he completed work just a few short weeks before he passed away in 2003, after telling me that all he had to do was make a few connections here and there. 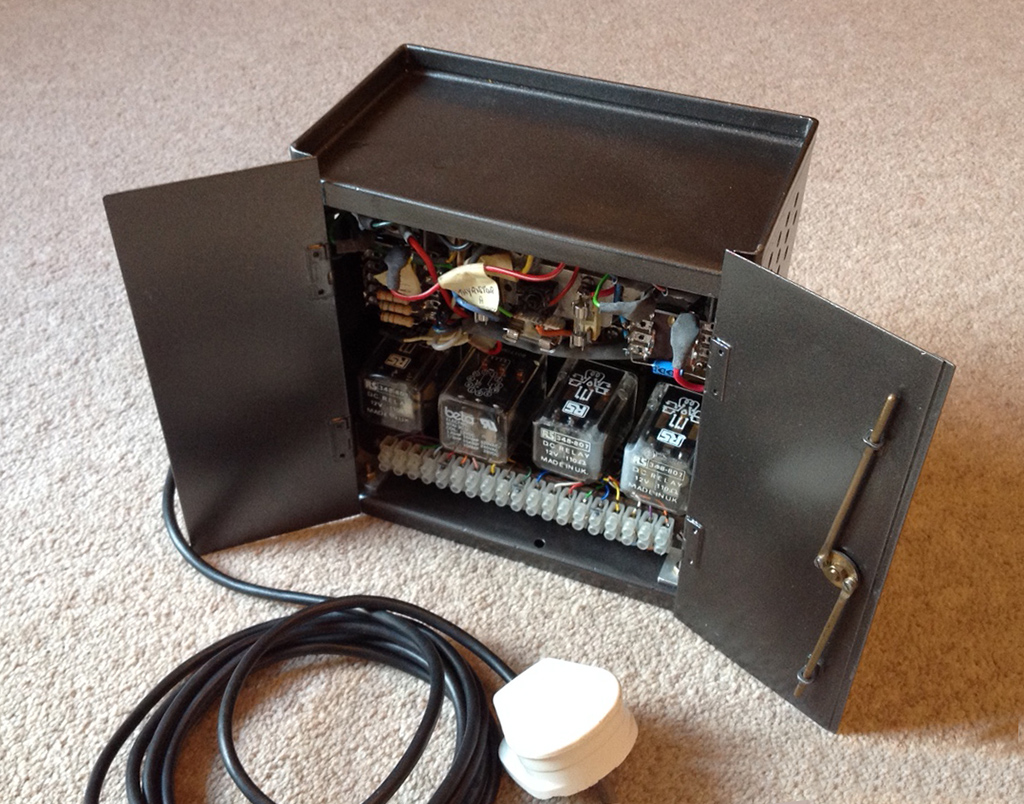 Rather than simply housing the necessary relays and wiring in a box, Mr. Mellows designed this case resembling a metal shop cabinet. He felt this would be more appropriate for his scale lathe. A cable runs to the multi-pin connector on the back of the lathe. 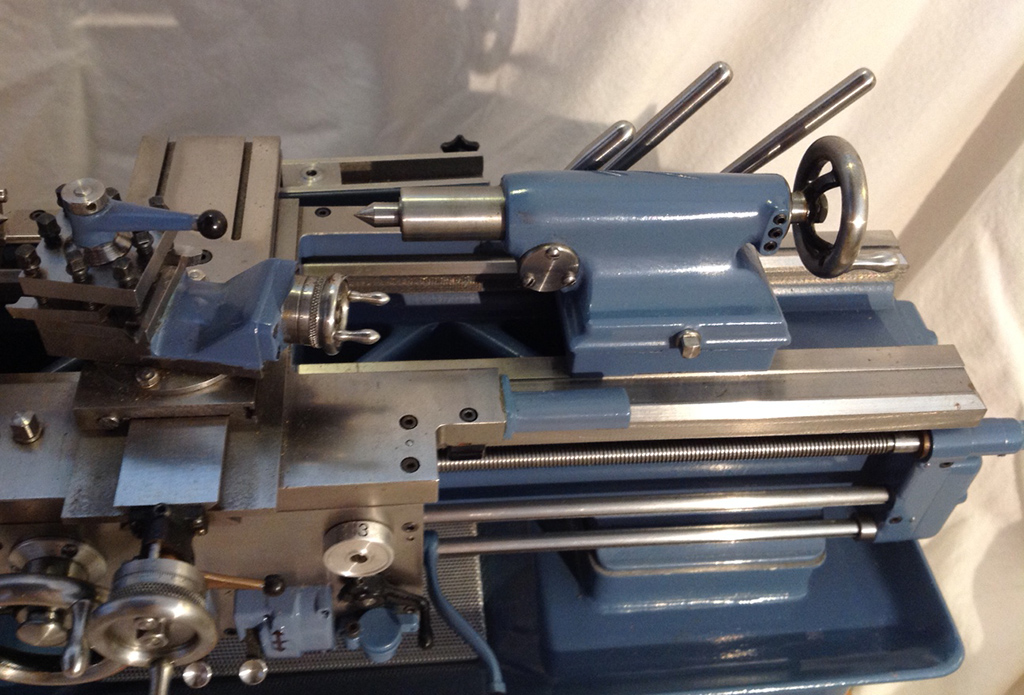 A closer look at the tailstock and rear end of Alfred’s miniature machine.

During the latter years, Model Engineers’ Workshop magazine followed the final build stages with articles in several issues, after having seen the lathe at model engineering exhibitions.

For myself, as his only son and inheritor of this unusual piece, I regret that I did not know much about the model, and what were Dad’s intentions for it upon completion. Having myself not followed in his footsteps in engineering, I suppose my Dad assumed that I was not too interested, so he did not confide details to me to any great extent, much to my regret now. 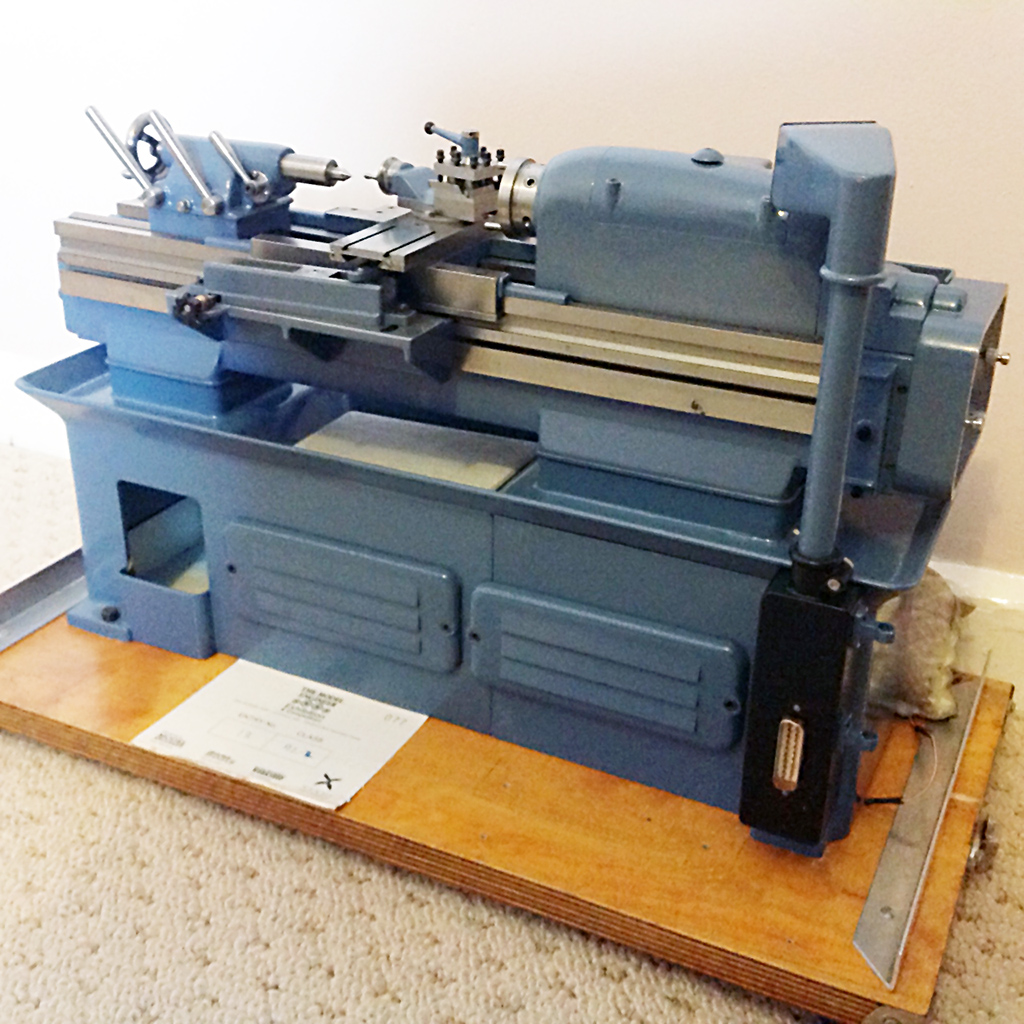 A rear view of the 1/6 scale Holbrook lathe. Note the multi-pin electrical connection socket near the lower right-hand corner. A separate relay box connects there. 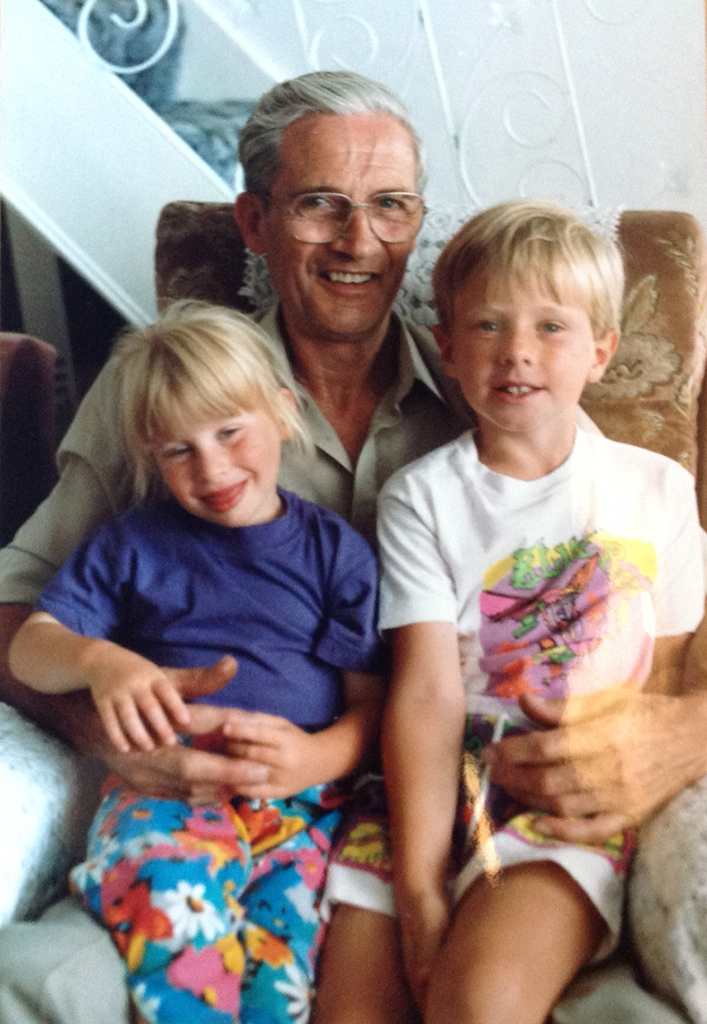 Alfred Mellows with his two grandchildren.