Below you can view more photos of Alfred’s work and awards. Click on images to enlarge. 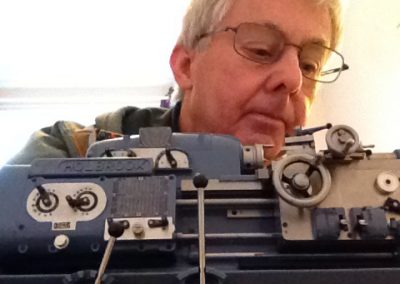 Malcolm Mellows With the Holbrook Lathe

Alfred Mellows’ son, Malcolm looks over the details of his father’s miniature masterpiece. 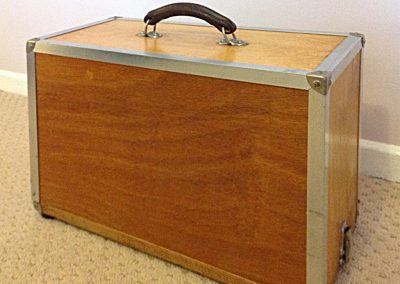 Alfred also built a sturdy transportation case to protect his miniature lathe when traveling to shows. 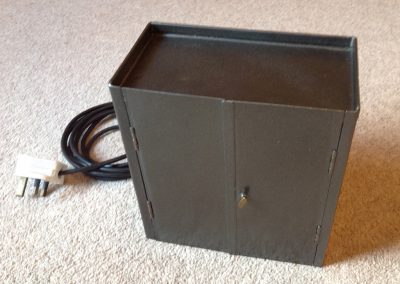 Another look at Alfred’s miniature shop cabinet, housing the electrical controls for the lathe. 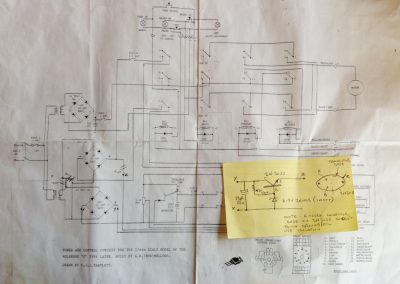 An electrical diagram shows the circuits for the scale Holbrook lathe. 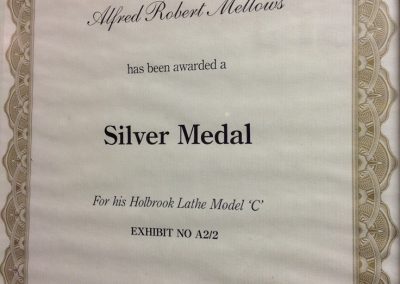 Silver Medal for the Holbrook Lathe

In 2000, Alfred’s lathe was nearly completed, and won a silver medal at the Model Engineer Exhibition. Even in its unfinished state, the lathe only narrowly lost out to first place due to a minor technicality. 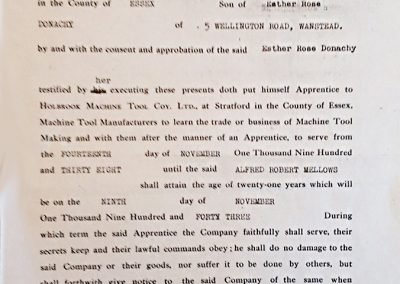 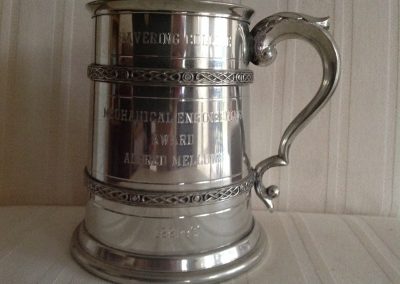