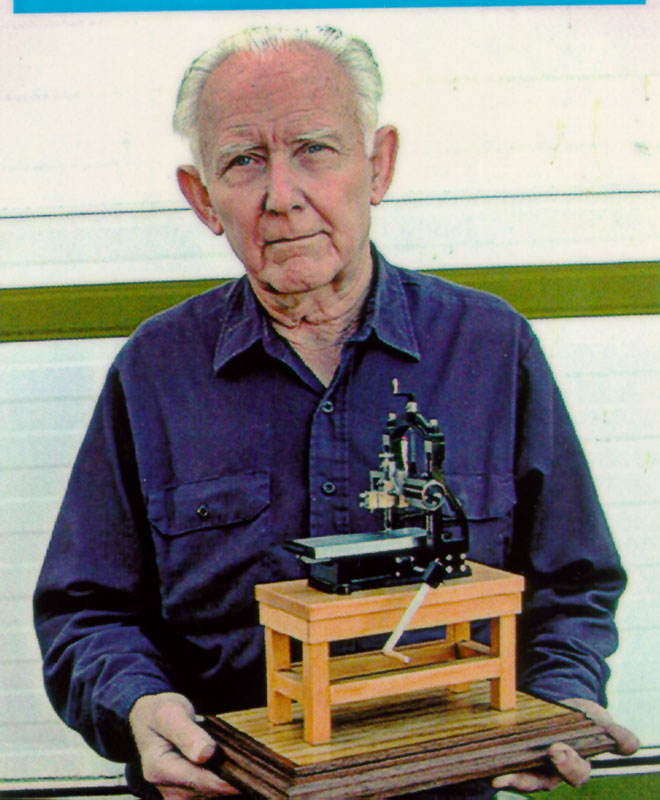 Al Osterman poses with his 1/6 scale hand-operated planer. He made many scale machines for customers who demanded the best in vintage miniature machine tool models.

Building a Career Out of a Fascination With Miniature Machines

Al Osterman was born in 1925, and made a living in metal working from 1949 onward. Though his early years were spent primarily doing farming and nursery work, Al had a change of direction in his twenties. His love of metalworking took him on a new path, eventually making a living out of his own shop. Al’s shop included lathes, milling machines, drill presses, a broad range of hand tools, and both welding and heat treating equipment.

Now, Al’s main interest was in older machine designs. Most of his work was made to order for customers. Occasionally, Al would make a machine that really caught his interest personally, with the plan to sell it later on when he found a buyer. One such project was his “Little Giant” power hammer. Most of Al’s models were built at a scale of 2”:1’ or 1/6 scale. 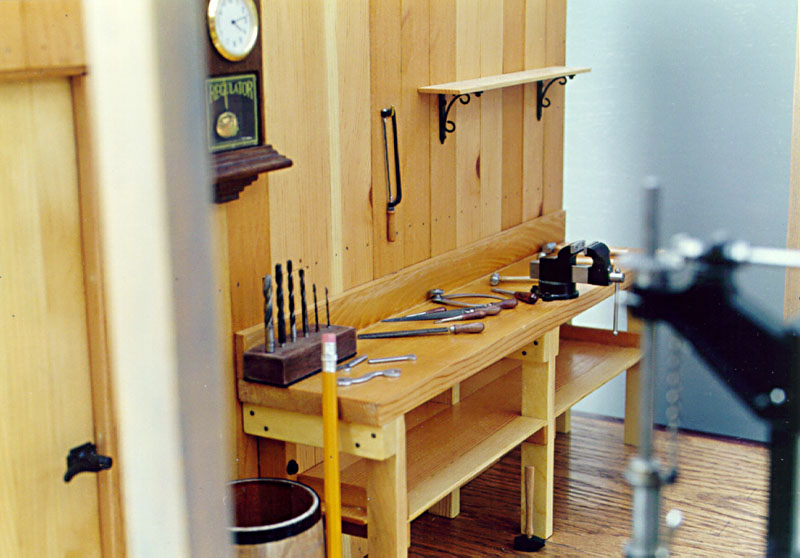 Detailed here is a typical machine shop as it might have appeared near the end of the 1800’s. Al built the 1/6 scale machine shop in it’s entirety. The workbench is featured here, with scale drill bits, files, screwdrivers, and a bench vise. On the wall is a miniature hacksaw and a working clock. While a modern quartz movement drives the clock, the clock style is authentic to the period. A full-size pencil leans against the workbench, providing scale reference. 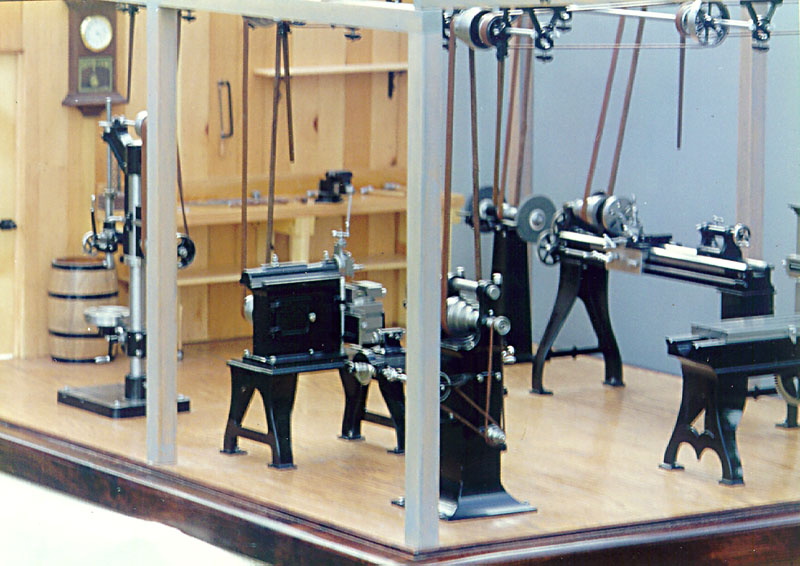 The miniature overhead belt drive system is visible here. Leather belts connected to the overhead pulleys drive each individual machine. A small steam engine outside of the shop drives the overhead shafts. Handles at each machine allow the operator to engage or disengage the drive, and to change speeds. All of the machines in Al’s miniature shop are functional.

When it came to authenticity, Al was a stickler for detail. He insisted on using the original materials for every part of his scale models. If a part was brass on the original, it’s brass on the model. If the original was cast iron, so is the model, and so on. None of the parts were actually cast, because it wasn’t practical to make molds for a single casting. To duplicate the shape of parts that were originally castings, Al machined them from solid cast iron stock. 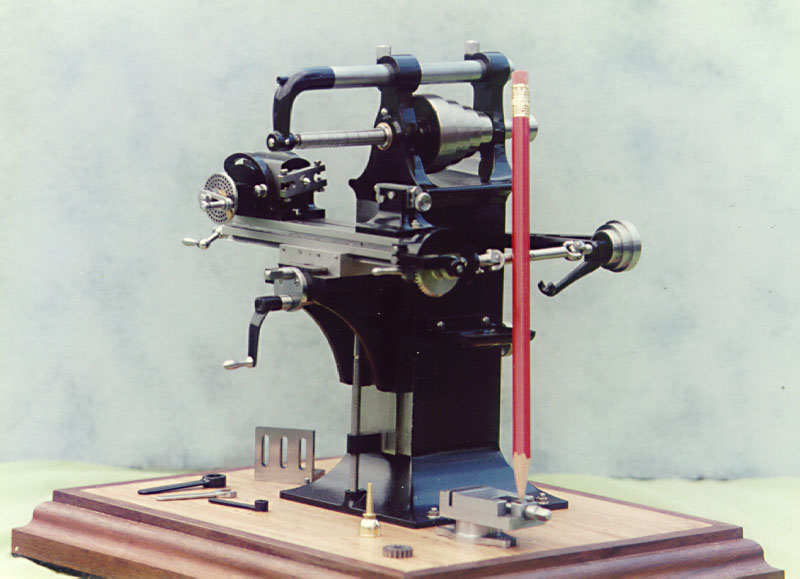 Al’s miniature Brown & Sharpe horizontal mill sits on a pedestal before being installed in the shop. On the mill table is a dividing head. On the floor are an oil can, mill vise, angle plate, and other tools. A red pencil reveals the tiny scale of this machine. 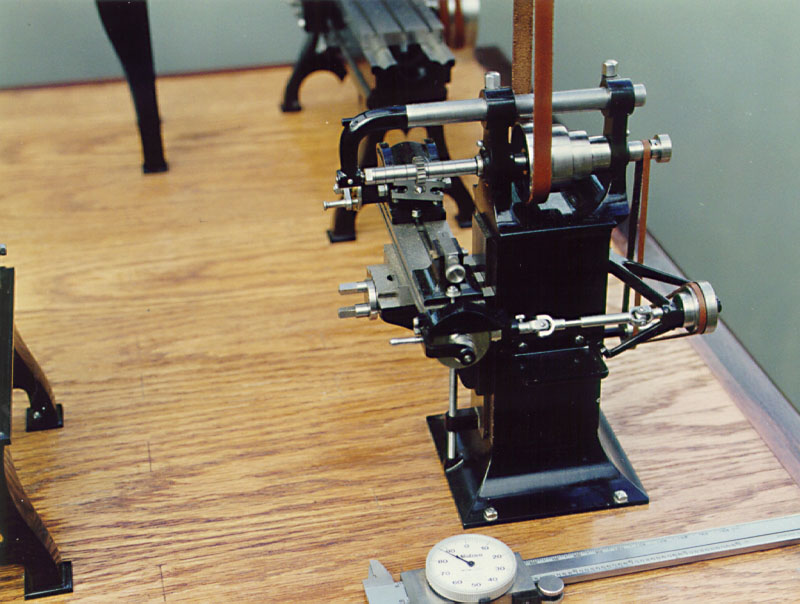 The scale Brown & Sharpe mill is installed on the shop floor. Dial calipers lend a sense of scale to the machines.

In terms of training, Al learned his craft by attending night school, and also observing work in progress at local machine shops. During that time, he admitted to asking, “a zillion questions.” Al started working on miniature models late in his career, and had no firm plans for the future. Even while making his scale models, Al was still working full-time in his machine shop—he never tired of the work at hand. 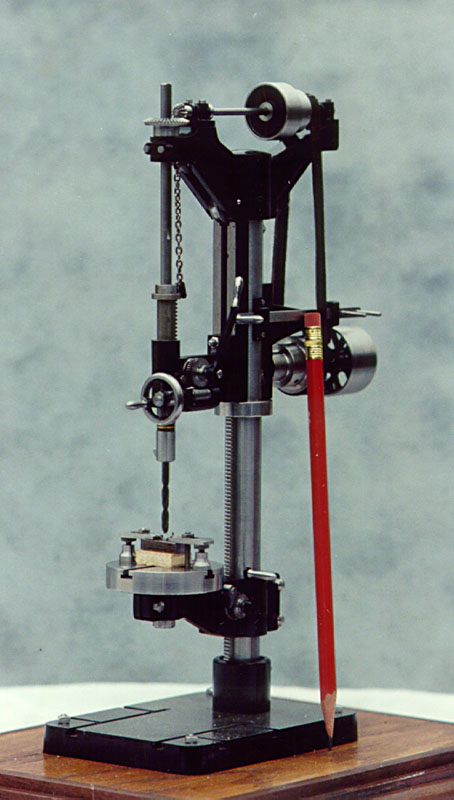 A miniature drill press typical of the era includes a part clamped to the table. Al based this model on an example from around 1900, which had no brand name. A standard pencil provides scale reference. 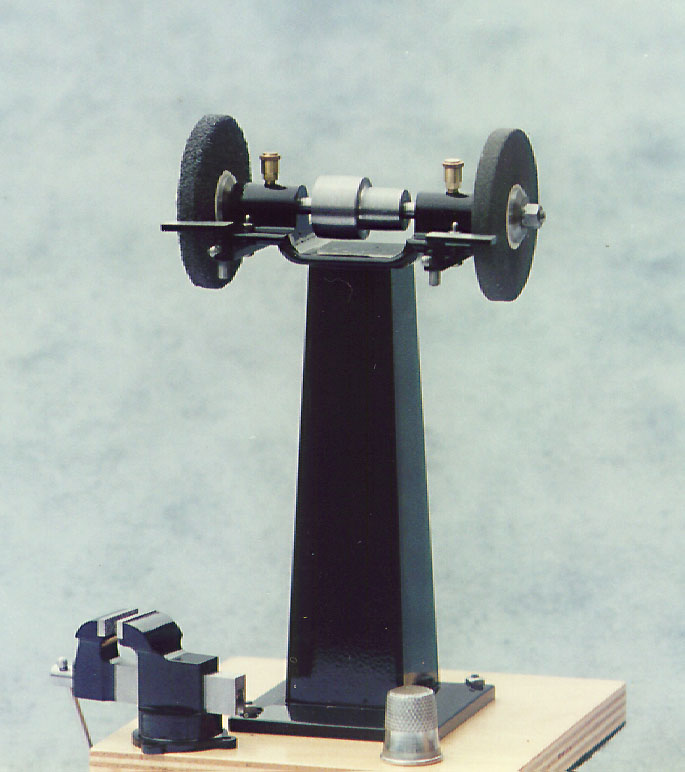 This tiny pedestal grinder was not modeled after any particular prototype, but is typical of many models of the era. On the operator’s left is a rough wheel, and on the right is a finer grinding wheel. A miniature bench vise and a thimble can be seen on the base.

The work pictured on this page is from a project Al built of a full machine shop in 1/6 scale. The miniature machine shop includes tools from the late 19th century, and was made for Ralph Koebbeman of Illinois. Remarkably, all of the scale machines are functional, although the small size makes demonstration difficult. Mr. Koebbeman noted that the shop would have likely been powered by a gasoline engine; however, he already had a nice steam engine of similar scale. So, Mr. Koebbeman fitted the steam engine to power the overhead shaft and leather belt drive system. The steam engine sits outside the shop, and is not visible in any of these photos. 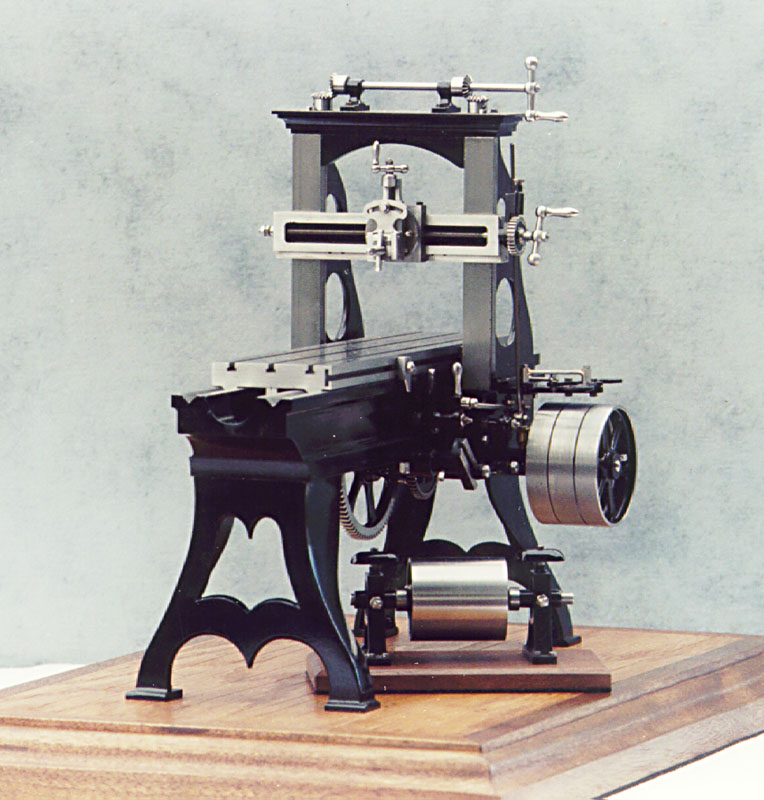 Al’s 1/6 scale Putnam planer prior to installation in the scale machine shop. Sitting beneath the planer is the overhead pulley used to connect the leather drive belt to the power system. 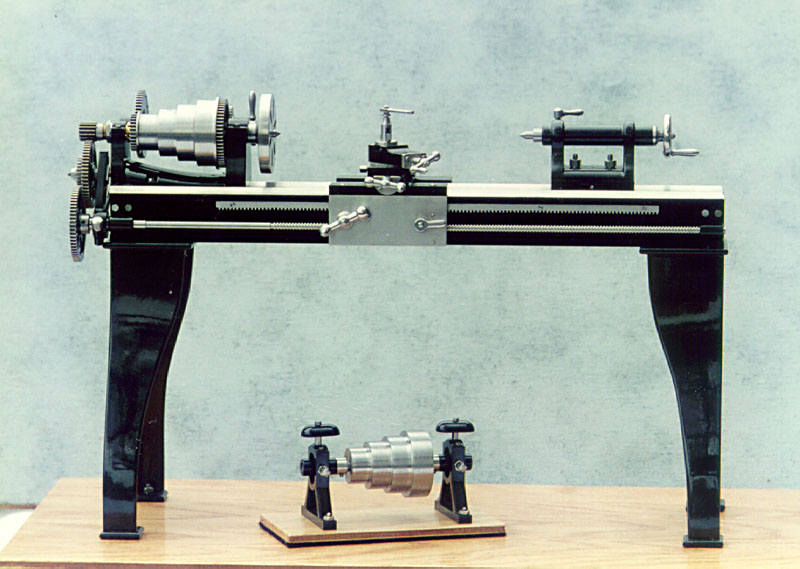 Al once owned a Barnes lathe like this one. He took drawings and dimensions of the machine before selling it. This model was made from those plans. The original lathe was made around 1880. The overhead pulley for the lathe sits beneath it.

An abundance of small details give the shop a lifelike quality. You will not only see beautiful machines, but also barrels for trash and scrap, hammers, vises, drills, and a clock on the wall. It took Al about a year to build this scale model machine shop. An article about the project, written by Mr. Koebbeman, appeared in the Miniature Arms Society newsletter in July, 1998. We regret to inform that Al Osterman passed away on April 23, 2016. We thank him for his dedication to exceptional miniature craftsmanship. 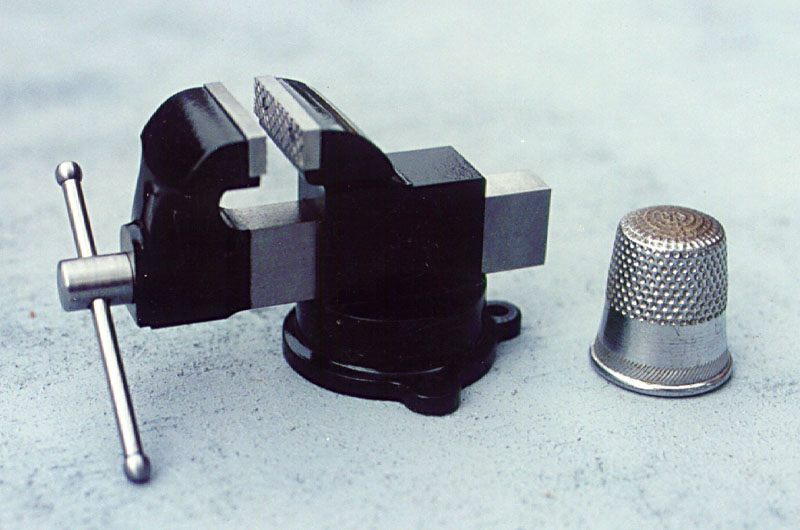 This scale model 4” Charles Parker vise is just like the one that was in Al’s shop—although a thimble reveals that it’s considerably smaller than the original. Although this particular vise was made in the 1940’s-50’s, the design goes back to the late 1800’s.