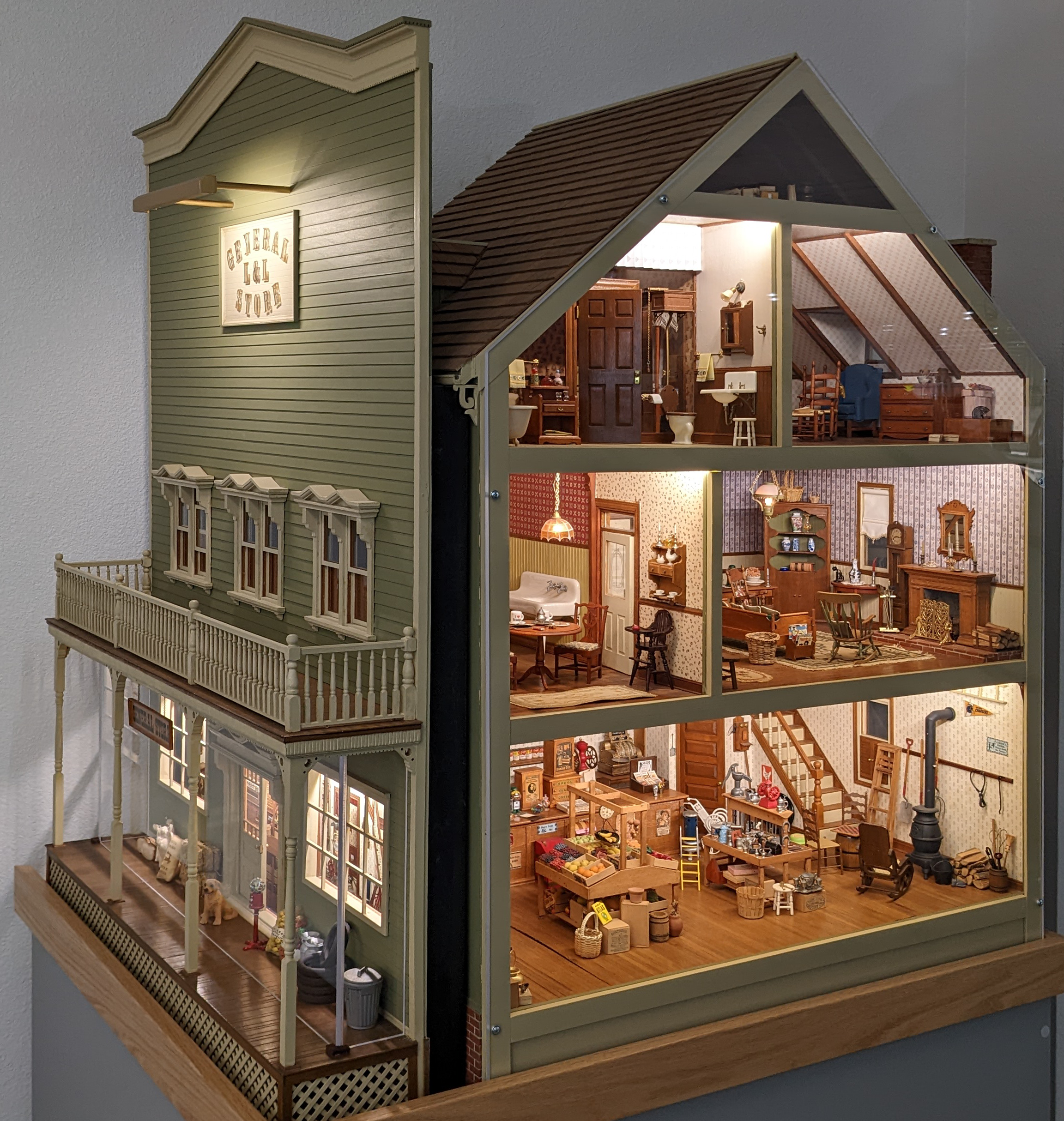 Now on display at the museum, Loren’s General Store originally began life as a 4-room doll house over 40 years ago. While still under construction, his attention to detail was captured in the 1982 Spring edition of the Miniature Gazette, the official publication of the National Association of Miniature Enthusiasts. Loren went on to build the General Store first floor, adding the 4-room living space above it.