Joe Martin Foundation Craftsman of the Year Award Winner for 1998 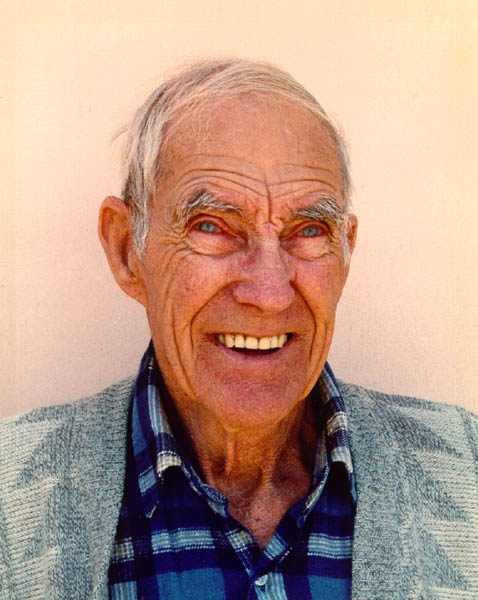 Alan Ingersoll was selected as the second winner of the Joe Martin Foundation Craftsman of the Year Award in 1998. Alan’s selection was recommended by Bob Washburn, and the staff at Strictly I.C. magazine, for his lifelong contribution to building small internal combustion engine models.

In 1998, Mr. Alan Ingersoll of San Mateo, California was selected by the Joe Martin Foundation as the second recipient of the Craftsman of the Year Award. When considering candidates for the award, Joe Martin asked Mr. Robert Washburn and the staff at Strictly I.C. magazine for help. He wanted them to select a nominee from the wide pool of internal combustion engine builders who had been covered by the magazine over the years. The selection criteria aimed for a candidate who had contributed a substantial amount of material to the magazine, and whose craftsmanship was of uncompromising quality.

Additionally, the chosen craftsman’s work would need to be at the small to miniature end of the size scale. This was not to be judged as a popularity contest. The winner would need to be someone who’s craftsmanship was deemed head and shoulders above the rest by all of their peers. After seeing photos of Mr. Ingersoll’s Curtiss biplane project, Joe Martin agreed that Alan was indeed the proper nominee for the 1998 award.

Mr. Ingersoll contributed photos of some of his projects for display. His remarkable Curtiss biplane project spanned over twelve years, and is now on display in the Hiller Aviation Museum in San Carlos, CA. The aircraft includes a running model V-12 engine that is just 9” long. 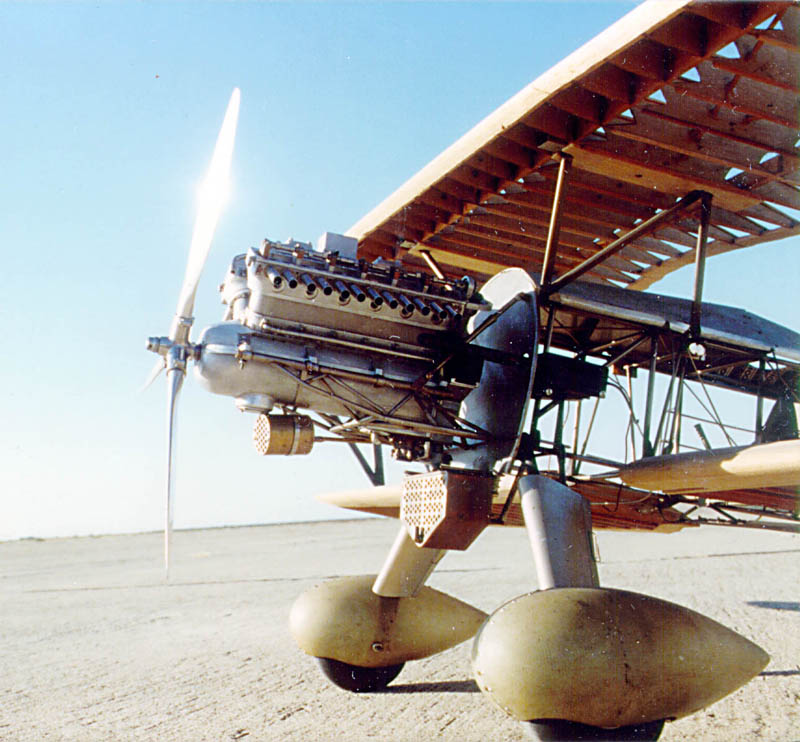 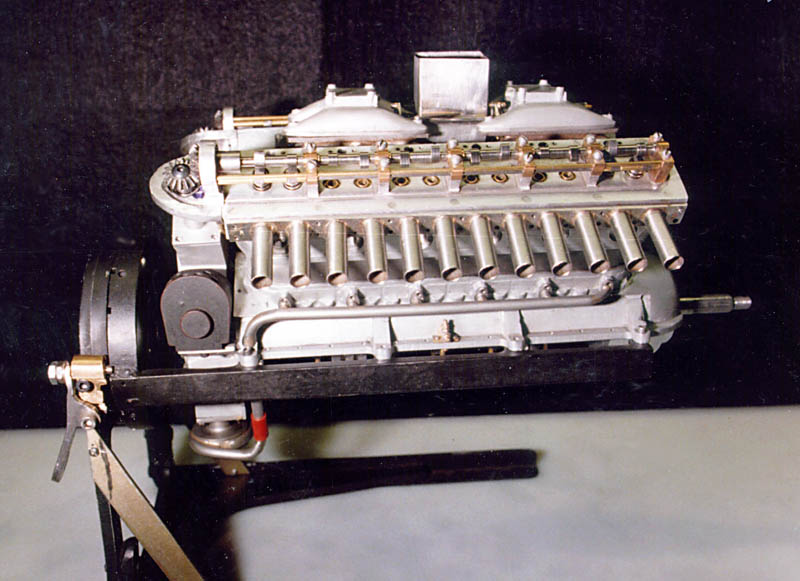 The scale model V-12 Curtiss D-12D engine that Alan made for his model biplane. The engine is only 9” long, and weighs 6.5 lbs.

The Joe Martin Foundation would like to thank Mr. Robert Washburn for his time and research in nominating Mr. Ingersoll. In addition, thanks go to Dr. Robert Kradjian for helping Mr. Ingersoll get to the NAMES Expo in Detroit to accept his award. Dr. Bob is a longtime friend and admirer of Alan’s work, and has learned much from the master craftsman. 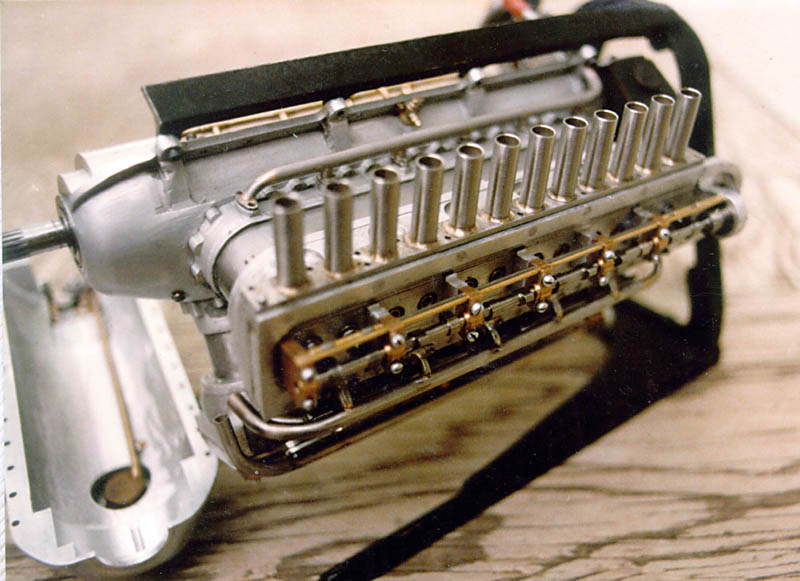 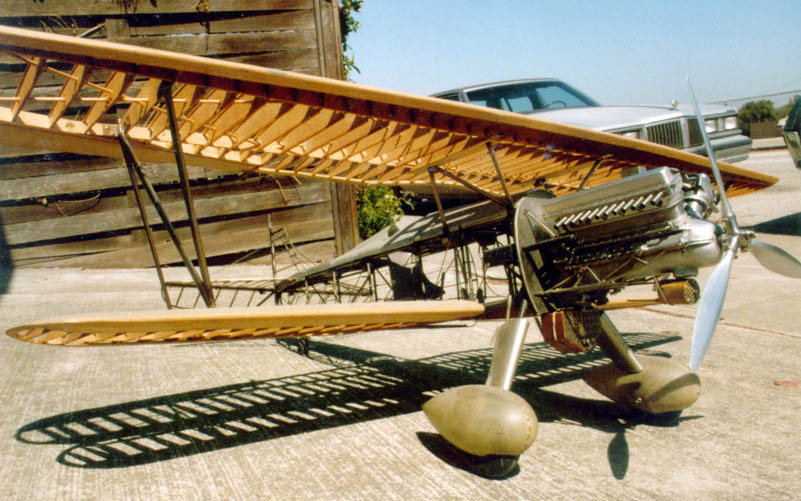 Alan scratch-built his scale model biplane over a 12-year period.

In addition to building the Curtiss biplane, Alan designed and built a number of machine tools over the years. At one point, he even produced a small milling machine of his own design, called the Cygnet, in limited numbers. In 2005, Dr. Bob Kradjian of the Bay Area Engine Modelers Club kindly donated Alan’s last Cygnet mill to the Joe Martin Foundation. Accordingly, we have put it to use for small milling projects in the machine shop at the Miniature Engineering Craftsmanship Museum. We regret to announce that Mr. Ingersoll passed away in March, 2005. We thank him for his unwavering commitment to miniature engineering and craftsmanship. 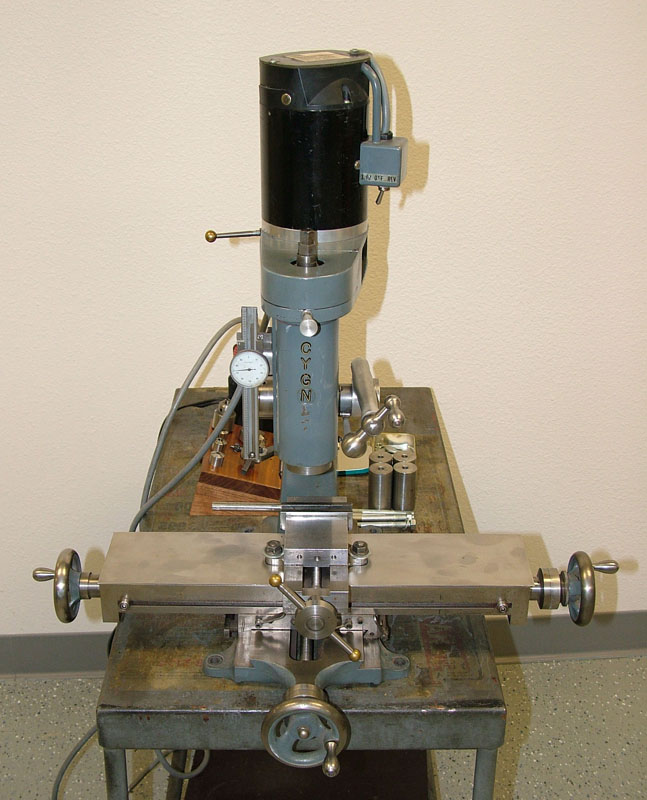 Among his accomplishments, Alan also designed and built a benchtop mill to use for his projects. He called it the Cygnet. In total, Alan made seven of these mills, and sold six. The last he kept for his own use. 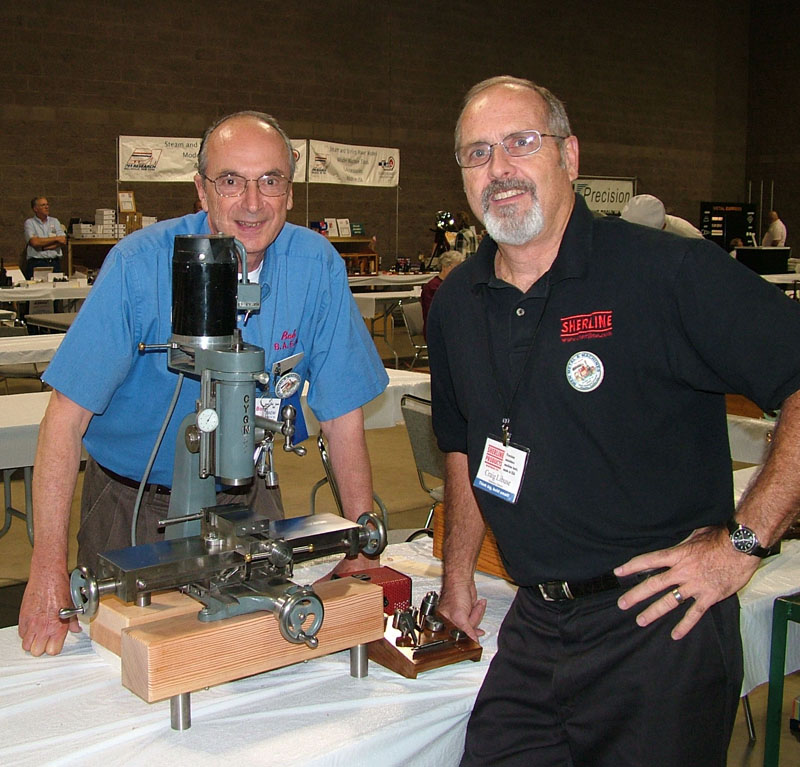 Eventually, Alan sold his last Cygnet mill to Dr. Bob Kradjian (left), of the Bay Area Engine Modelers Club. Dr. Kradjian kindly donated the mill to the Joe Martin Foundation in 2005. Foundation representative Craig Libuse (right) was on hand at the Men, Metal and Machines show in Visalia, CA to accept the donation.