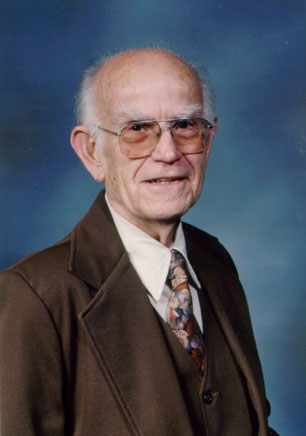 Rudy Kouhoupt designed many engines over the years. He also shared his designs with the model engineering community in the form of published articles, plans, books, and videos.

Rudy Kouhoupt is well-known to many readers of model engineering magazines. Over the years, he published many articles on how to build the wide variety of engines that he designed. Rudy’s talent was not only in his ability to design, but also his ability to pass on that knowledge to others. His models were all expertly crafted, but Rudy’s greatest contribution to modeling is the vast collection of articles, books, plans, and videos that he produced to allow others to build his designs. Though best known for his work in model engineering, Rudy’s education and work experience was actually in the field of chemistry. The Miniature Engineering Craftsmanship Museum would like to honor Rudy as someone who made great contributions toward sharing his knowledge from a lifetime of metalworking craftsmanship.

Steam locomotives were a fascinating part of everyday life in Rudy Kouhoupt’s youthful pre-Diesel days. Their exposed rods, valve motions, pumps, and other working parts all appealed to his natural instincts, and fed Rudy’s desire to understand different mechanical devices.

Naturally, Rudy began making models for his toy train set at an early age. Starting out with wooden models of buildings and car bodies, Rudy quickly progressed to making castings of wheels and truck frames for his freight and passenger cars. It quickly became obvious that he needed a lathe to machine the wheels and axles.

Being young, and having shallow pockets, Rudy needed to improvise and make his own lathe with whatever materials were available. Nevertheless, building the lathe with severely limited resources was a stimulating learning experience. The intriguing adventure of making his first lathe parlayed into a lifelong pastime of toolmaking, machining, and tool restoration—all of which naturally complemented Rudy’s model making.

While Rudy’s electric trains were a great start, he soon felt that they lacked authenticity. He was overcome with a desire to build a working miniature steam locomotive. The experience that Rudy gained in making his castings and lathe helped to convince him that such an undertaking was reasonably within his capabilities. His greatest obstacle at that point was a lack of plans for building the locomotive.

After studying as many books as were available to him at the time, Rudy drew a set of plans for a small locomotive in 3/8”:1′ scale. However, early work on the project revealed the inadequacies of his homemade late. So Rudy purchased a commercial lathe to move forward. The engine, a Mogul, was eventually completed and operated successfully. Even four decades later, the little Mogul was still running on the track regularly.

Here are some of the 14 air-powered steam engines, all built by Rudy, that were contributed for display at the Craftsmanship Museum. An air manifold with individual lines to each engine allows any or all of them to be run for visitors.

Having progressed thus far, it seemed only natural that Rudy would start working on other types of steam engines. After completing the Mogul locomotive, he built all sorts of miniature steam engines. These included stationary engines, steam tractors, a logging crane, a fire engine, and several other locomotives.

Rudy also designed and built working loads for the engines, such as pumps, a cement mixer, and a dynamo. Additionally, his interests expanded beyond steam engines, as he worked with hot-air and internal combustion engines, too. Notably, all of these miniatures were built from Rudy’s own original designs.

Notably, many other people have been able to duplicate Rudy’s engines, tools, and other models thanks to the publishing of various plans and magazine articles (some of them dating back to 1960). Some of the magazines that featured Rudy’s plans included: Popular Mechanics, Popular Science, Live Steam, The Home Shop Machinist, Railroad Model Craftsman, Mechanix Illustrated, and the British magazine Model Engineer. Rudy also made a series of instructional videos to assist others in developing their machining skills, along with writing several books. His contributions to model engineering go far beyond his own creations. 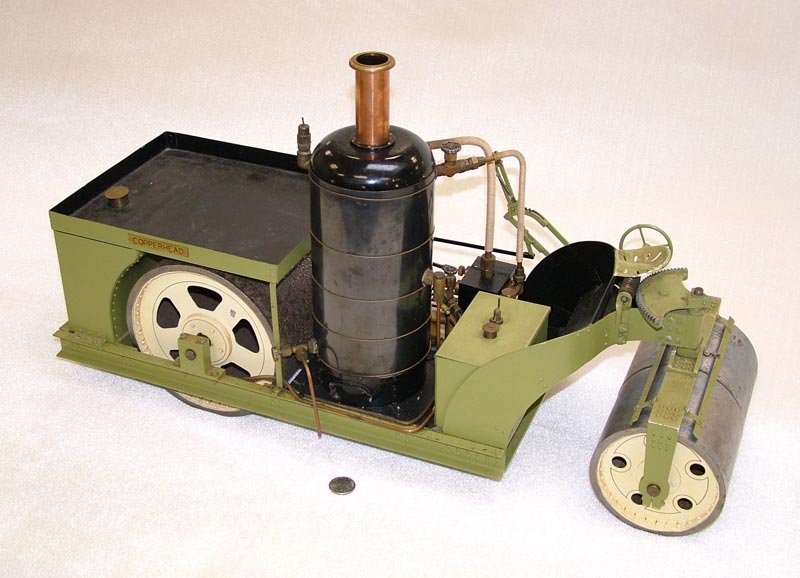 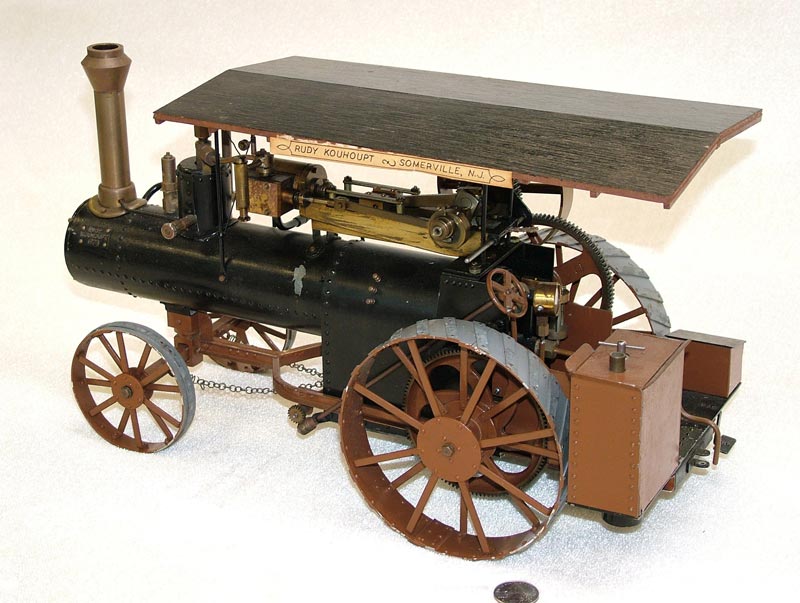 Another one of Rudy’s projects, this is a model steam-powered tractor built at a scale of 3/4”:1’. It was modeled after a prototype that burned oil instead of coal or wood. 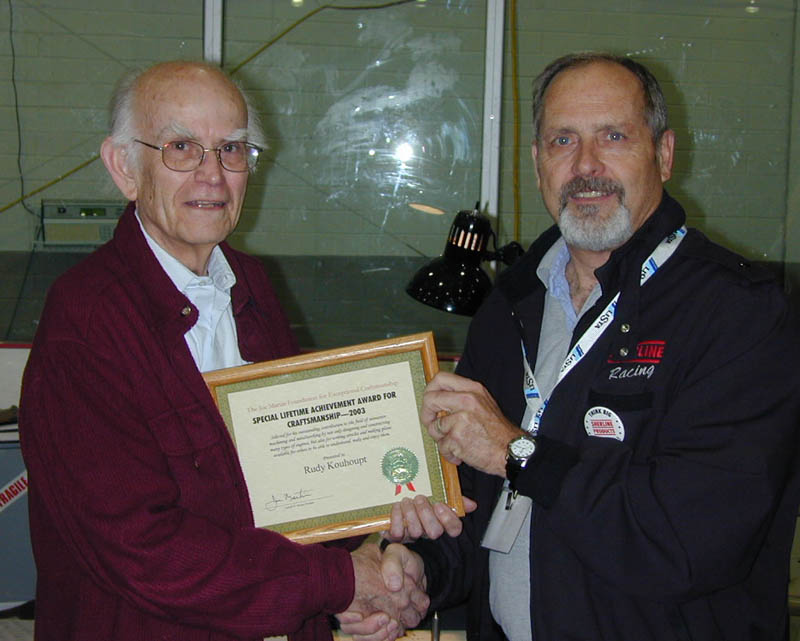 Over the course of his career, Rudy produced a vast collection of articles, books, plans, and videos that allowed others to build his designs. Unfortunately, some of those resources are harder to find. However, many of Rudy’s more detailed books, and some of his videos, can still be found on the internet.

Rudy’s most extensive book is, The Shop Wisdom of Rudy Kouhoupt, which includes four different volumes. These volumes are a lasting testament to Rudy’s skill, ingenuity, and wisdom as both a metalworker and modeler. Each volume contains invaluable tools and clever hobby projects. They are concisely described, beautifully photographed, and impeccably drawn. These volumes can still be ordered through Village Press Publications in the link above.

Additionally, Rudy’s instructional video series can also still be purchased through Village Press. Rudy produced thirteen instructional videos that cover a range of modeling and machining topics. These videos are another great resource that Rudy left behind for the betterment of the model engineering community! 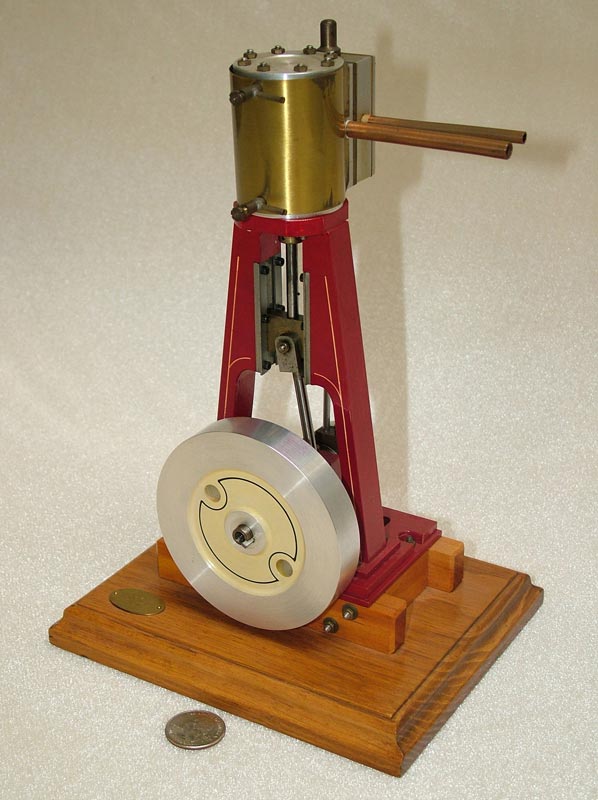 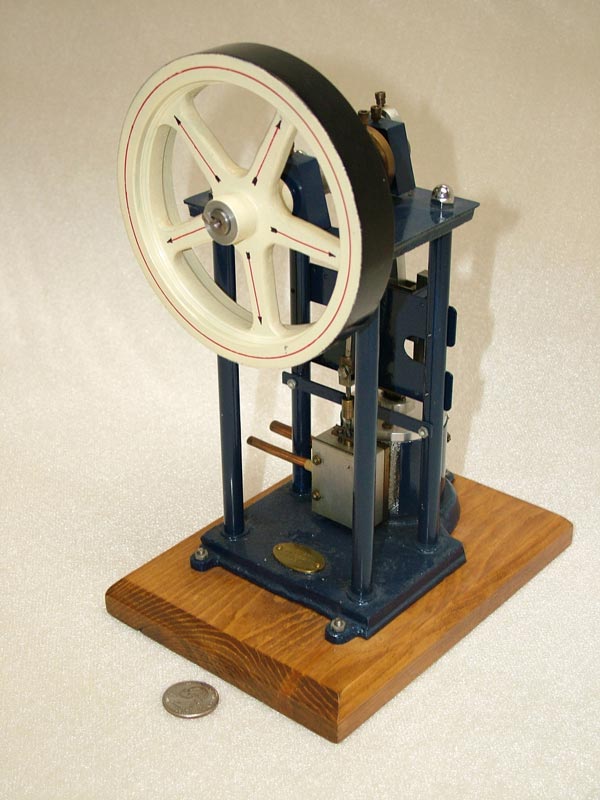 Pictured here are two vertical steam engines built by Rudy. These represent just a few of the many unique engines that Rudy produced.

Watch a video of several different types of Rudy’s steam engines in action at the Craftsmanship Museum.

In late 2010, we added more engines to this display and put together another short video.

You can also view a video of a walking beam engine designed by Rudy; which, like many of his other projects, was duplicated by another craftsman.

Watch a video of Rudy explaining the construction of one of his final engines—a Pioneer non-compressive internal combustion engine. 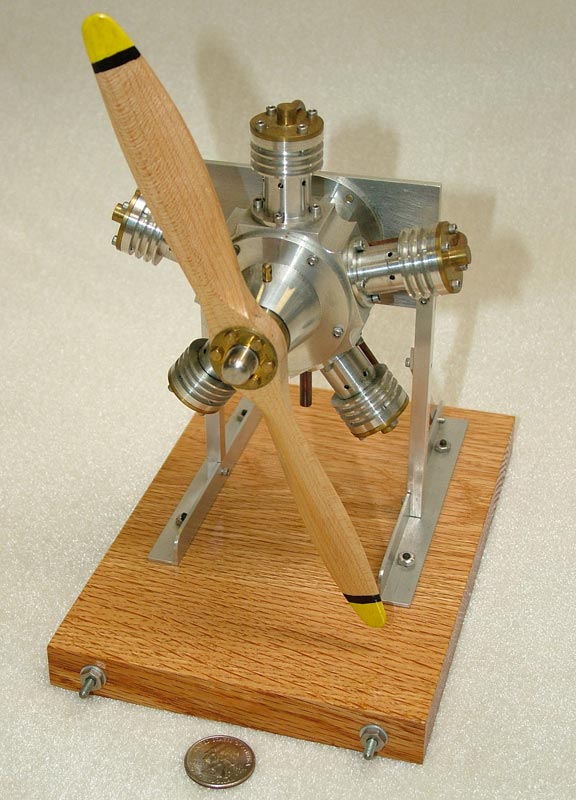 This radial steam engine was built by Rudy, and can be seen in one of the video links above. 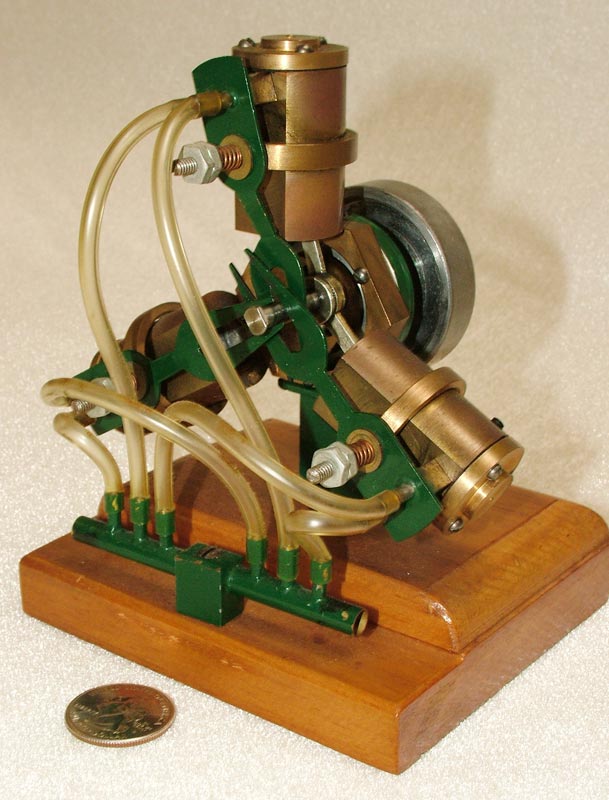 This photo shows a rear view of one of Rudy’s 3-cylinder radial steam engines.

It is with great sadness that we announce the passing of Rudy Kouhoupt, on October 15, 2004. His presence in the world of model engineering will be greatly missed, but he leaves behind a great legacy through the knowledge he shared. Per his request, all of Rudy’s life work—the prototype models for the many how-to articles that he wrote—were donated by his niece for display at the Craftsmanship Museum. In fact, this donation was instrumental to the growth of the museum, and its expansion to include many significant projects for display.