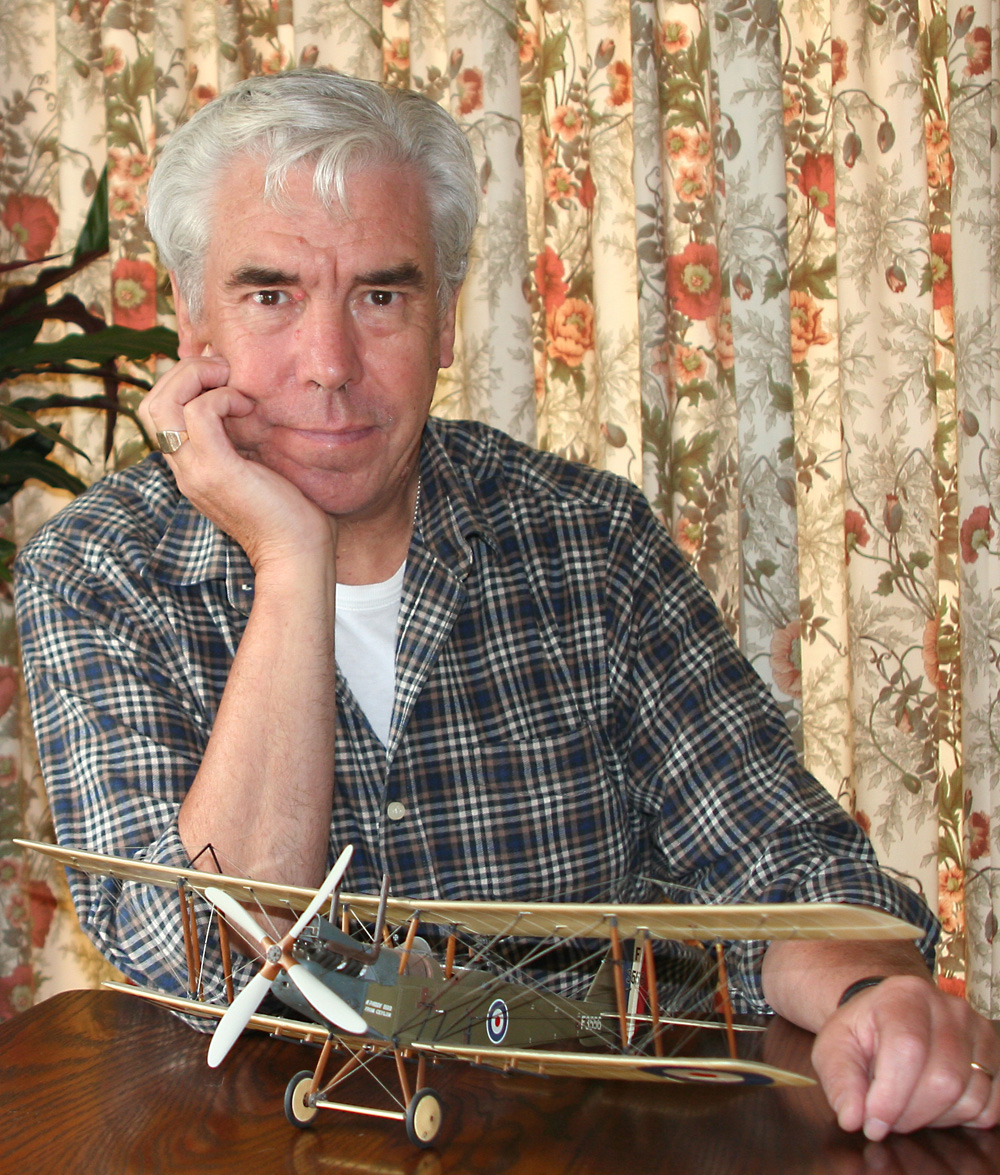 David Glen with one of his earlier models, a scratch-built 1/24 scale Daimler RE8.

For some time now, photos of David Glen’s remarkable model Spitfire have been circulating the web. Fortunately, the Joe Martin Foundation was able to contact him so that visitors of the Craftsmanship Museum could learn more about his work. In addition to his Spitfire, David has also completed a similarly sized 1/5 scale P-51 Mustang model. Both models are on permanent display at the Royal Air Force Museum in England. David was kind enough to provide a selection of photos showing the construction of the P-51, so readers can appreciate what goes into these projects.

These models were not built as cutaways, so any interior details that aren’t visible were not modeled. However, the parts that can be seen are modeled to a high level of detail, which is showcased through the fairly large 1/5 scale—which was chosen for just that reason. 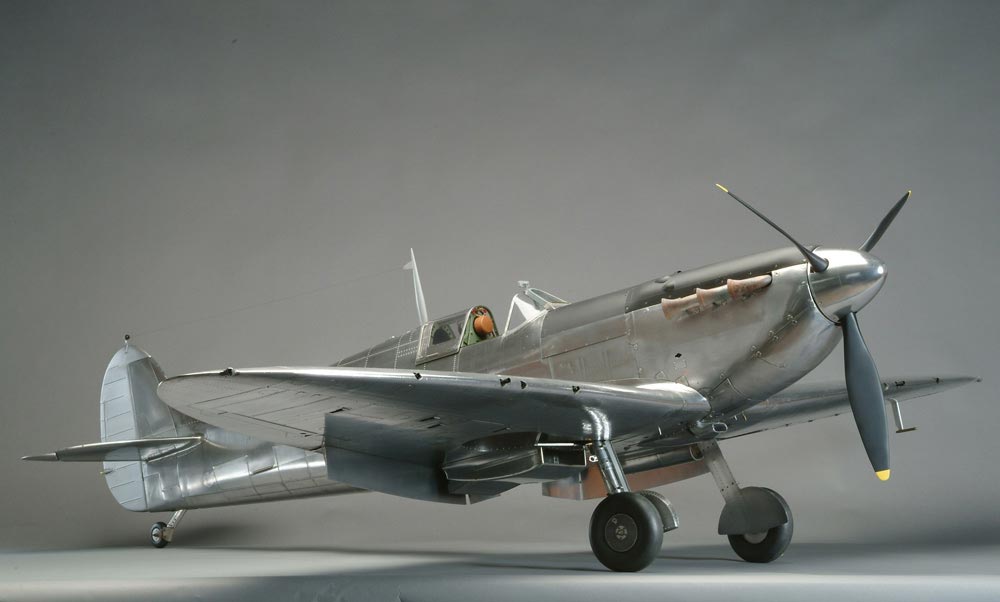 If anyone asked me why I set out to build a Spitfire in one-fifth scale, and detailed to the last rivet and fastener, I would probably be hard-pushed for a practical or even sensible answer. Perhaps the closest I can get is that since a small child I have been awe inspired by R. J. Mitchell’s elliptical winged masterpiece, and that to build a small replica is the closest I will ever aspire to possession.

The job took me well over eleven years, during which there were times I very nearly came to giving the project up for lost. The sheer amount of work involved, countless hours, proved almost too much, were it not for a serendipitous encounter at my flying club in Cambridge, with Dr. Michael Fopp—Director General of the Royal Air Force Museum in England.

Seeing the near complete fuselage, he urged me to go on and finish the model, promising that he would put it on display. I was flabbergasted, for when I started I had no inkling that my work would end up in a position of honour in one of the world’s premier aviation museums.

As I write, the case for the model is being prepared, having been specially commissioned by the museum with a case-maker in Sweden. I have not yet seen it, but from what I hear, it is enormous! In one respect, the story has gone full circle, since it was at Hendon where I started my research in earnest, sourcing Microfilm copies of many original Supermarine drawings, without which such a detailed build would not have been possible. 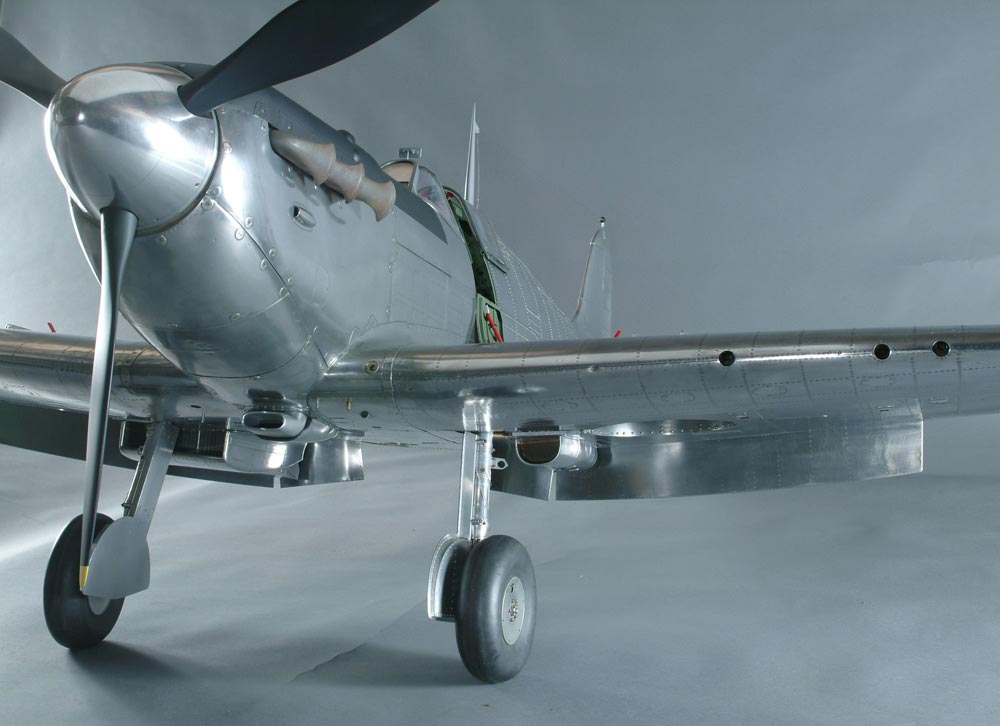 A low frontal view of David’s model Spitfire shows the landing gear, and some of the propeller. 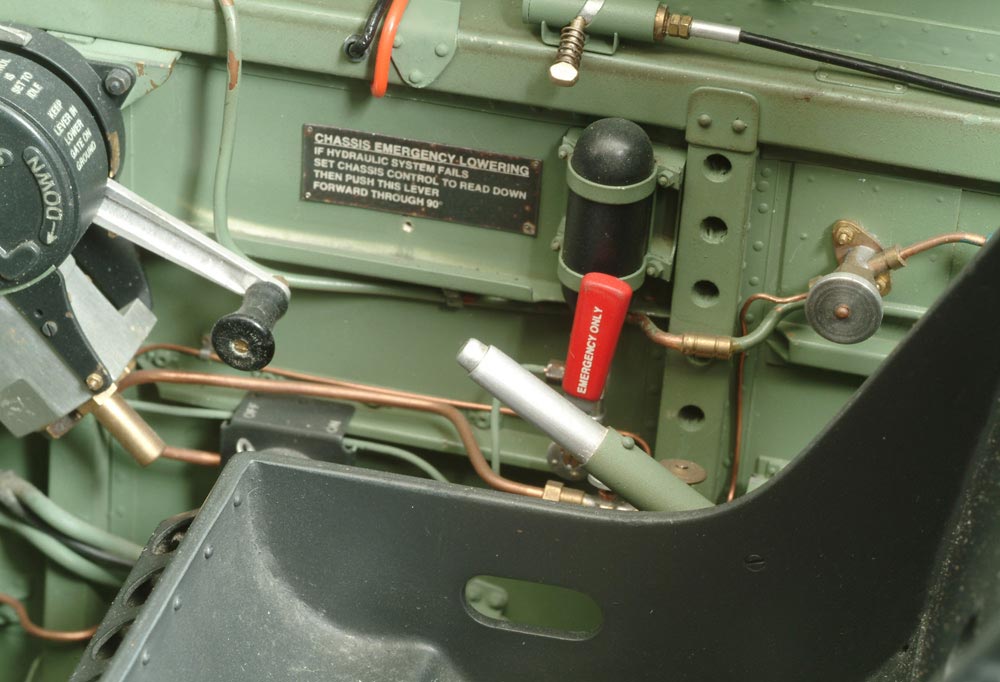 A close look into the Spitfire cockpit. Note the level of detail.

The model is skinned with litho plate over a balsa core, and has been left in bare metal at the suggestion of Michael Fopp, so that the structure is seen to best advantage. The rivets are real, and many are pushed into drilled holes in the skin and underlying balsa, but many more are actual mechanical fixings. I have no accurate count, but I suspect that there are at least 19,000!

All interior detail is built from a combination of Supermarine drawings and workshop manuals, plus countless photographs of my own. Many of them were taken opportunistically when I was a volunteer at the Duxford Aviation Society based at Duxford Airfield, home of the incomparable Imperial War Museum collection in Cambridgeshire, England. Spitfires, in various marks are, dare I say, a common feature there!

The degree of detail is probably obsessive; the needles of the dials in the cockpit actually stand proud of the instrument faces, but you have to look hard to see it! Why the flat canopy? Well, the early Mk I’s had them, and I had no means to blow a bubble hood, so it was convenient. Similarly, the covers over the wheels were another early feature, and they saved me a challenging task of replicating the wheel castings.

The model has its mistakes, but I’ll leave the experts to spot them, as they most certainly will—plus others I don’t even know about. I don’t pretend the little Spitfire is perfect, but I do hope it has captured something of the spirit and incomparable beauty of this magnificent fighter—perhaps the closest to a union that art and technology have ever come—a killing machine with lines that are almost sublime. 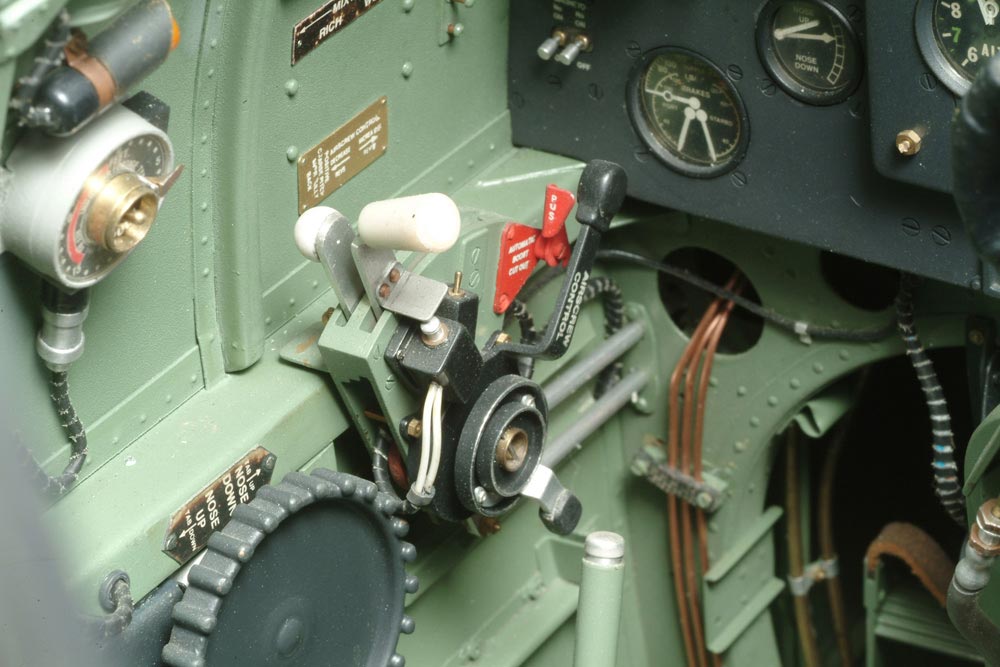 The Spitfire cockpit is complete down to the smallest lettering, and includes all the instruments and controls. 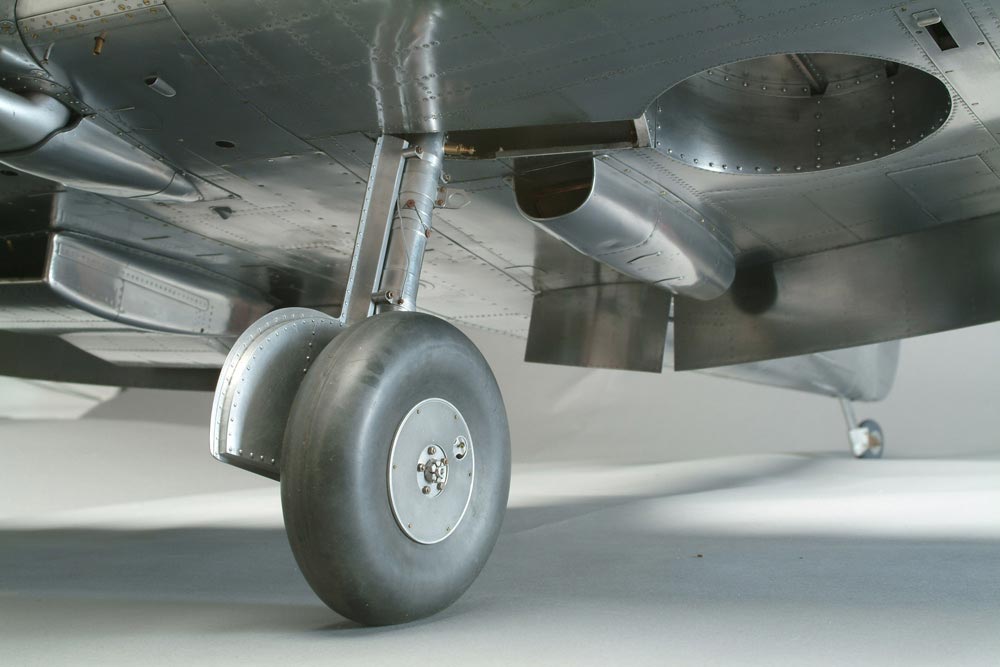 So, with the model now in its magnificent new home, what comes next? Well, I’m planning a book that will have a lot to say about its genesis, and perhaps just a little about me and those dear to me—including a long-suffering, but understanding and supportive wife. And then there’s the Mustang… Yes, a 1/5th scale P-51D is already taking shape in my workshop. How long will it take? I’ve no idea, but what I am sure of is that at my age (58) I can’t expect to be building many of them!*

*Note that this letter was sent to the Museum before David had completed his book on the Spitfire. It was also sent to us 7 years before David had completed the P-51. We were fortunate to get photos of that model as well. Mr. Glen has been very active! Regarding the P-51, David noted: “I have donated the [P-51] model to the Royal Air Force Museum at Cosford for permanent display, as my small tribute to the US pilots and crews who gave their lives in support of their British and European allies over two World Wars.” 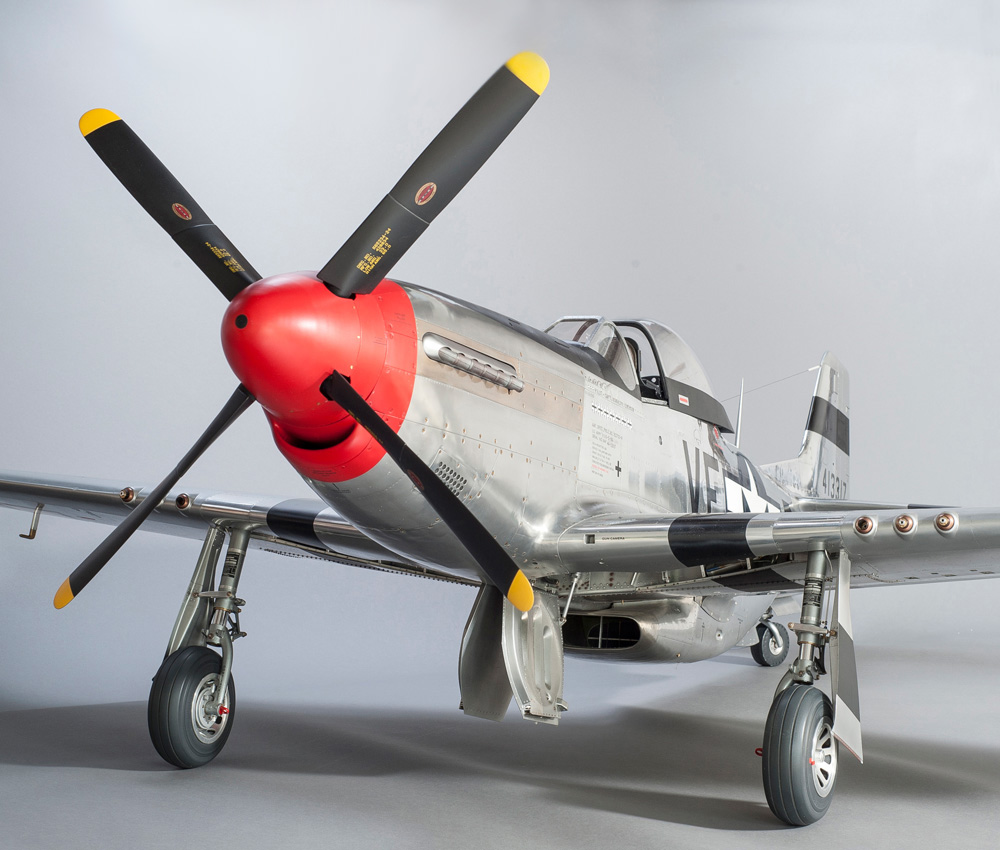 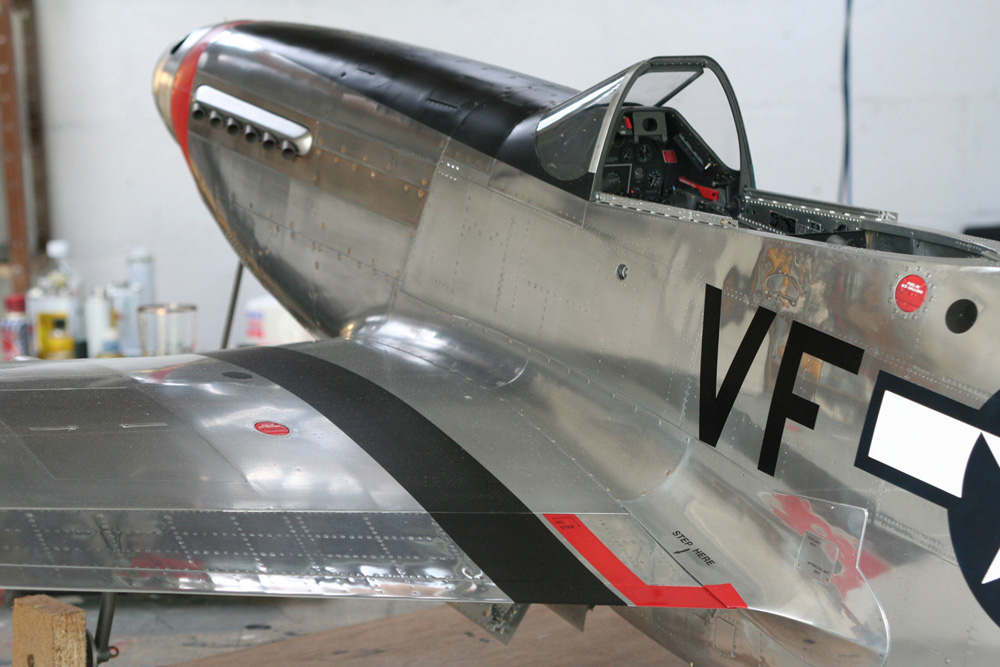 A progress photo from the P-51D build. The national insignia and codes were added, along with some of the stenciling. The stencils were applied as rubdowns made in a commercial reprographics studio, from artwork created by David on his computer.

Following our initial contact with David, he published a book documenting the construction of his 1/5 scale Spitfire model. The book, which is entitled Spitfire in my Workshop, is published by Brown & Brown Books in England. It is available for purchase on David’s website. The hardbound book is full color, offering a detailed look into this incredible model. Anyone interested in building highly detailed scale models will learn a lot from this book, although it is worth the price just to study the many highly detailed photos of the finished masterpiece. This is a book that should be part of any serious model maker’s library. Additionally, David has plans to publish another book on the building of his Mustang model. Visit his website for more details. 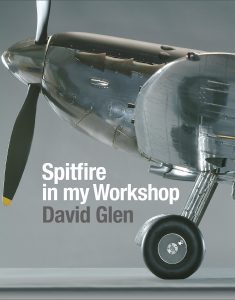 David works on his models in a beautiful setting. See the photos below to get an idea of some of the tools David uses to produce his fine models. 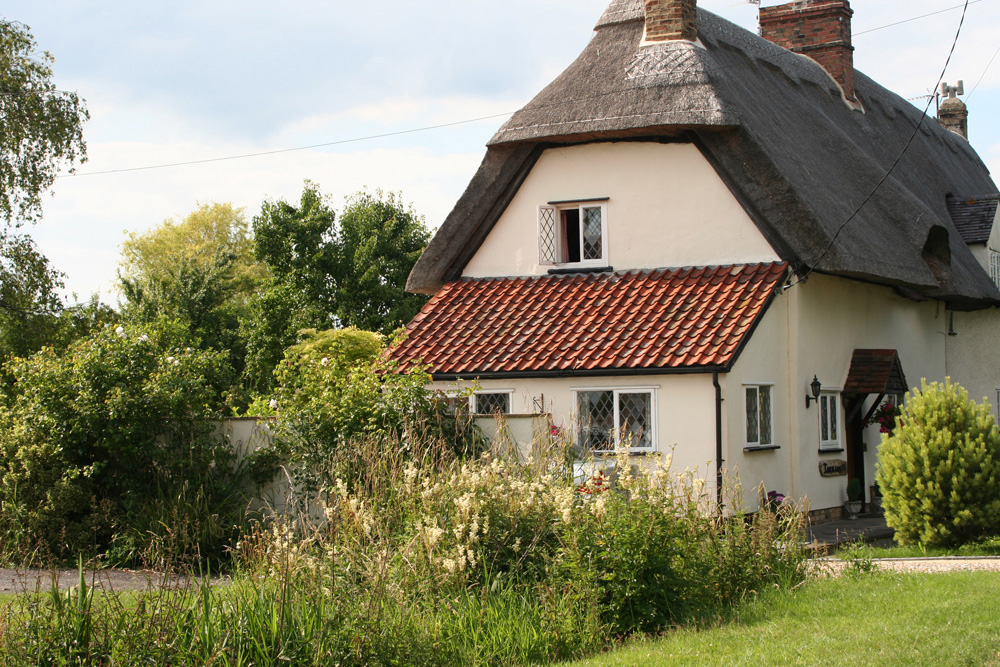 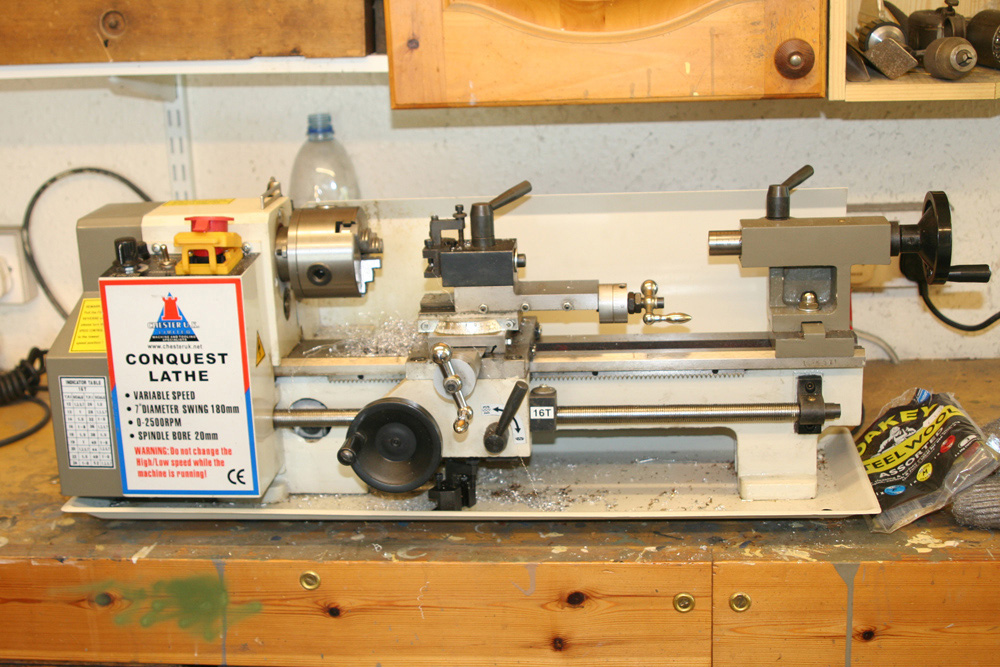 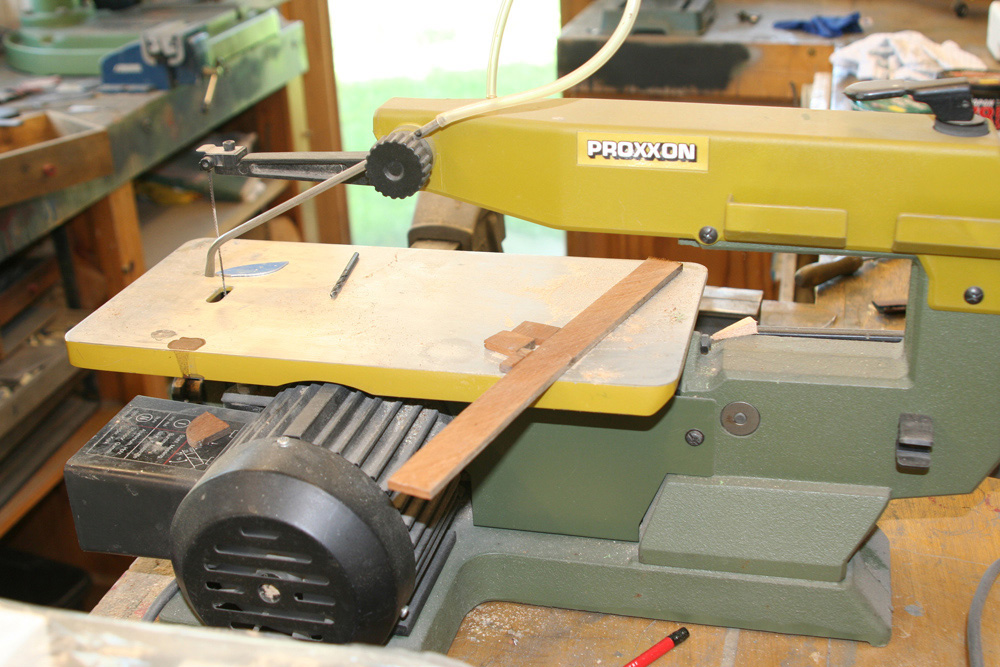 David’s shop has a garden view, and access to all the necessary tools of the modelers trade. Shown here are his Conquest lathe and Proxxon jigsaw. 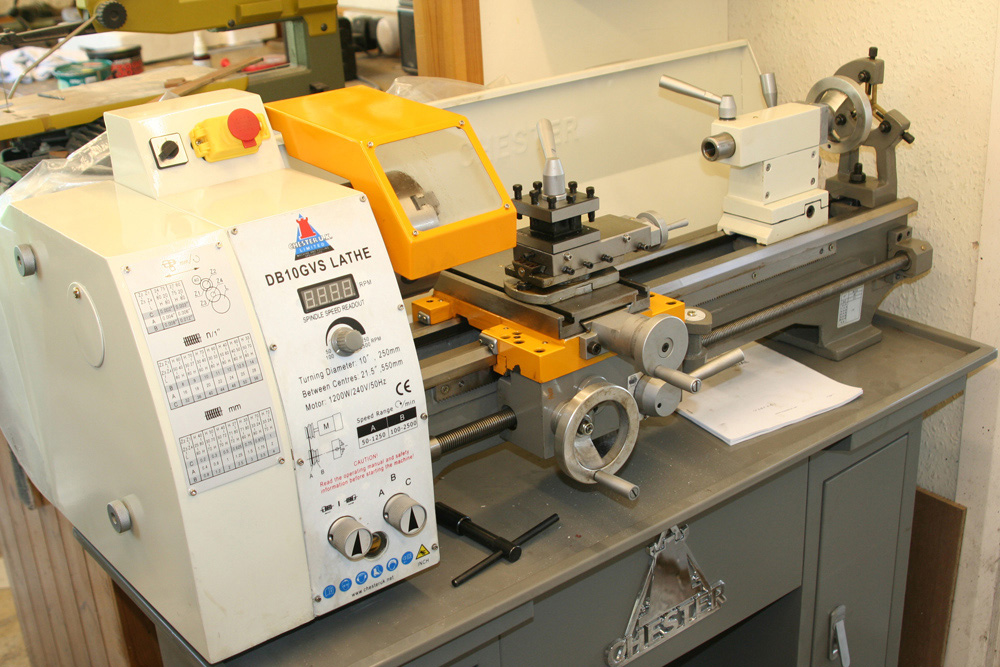 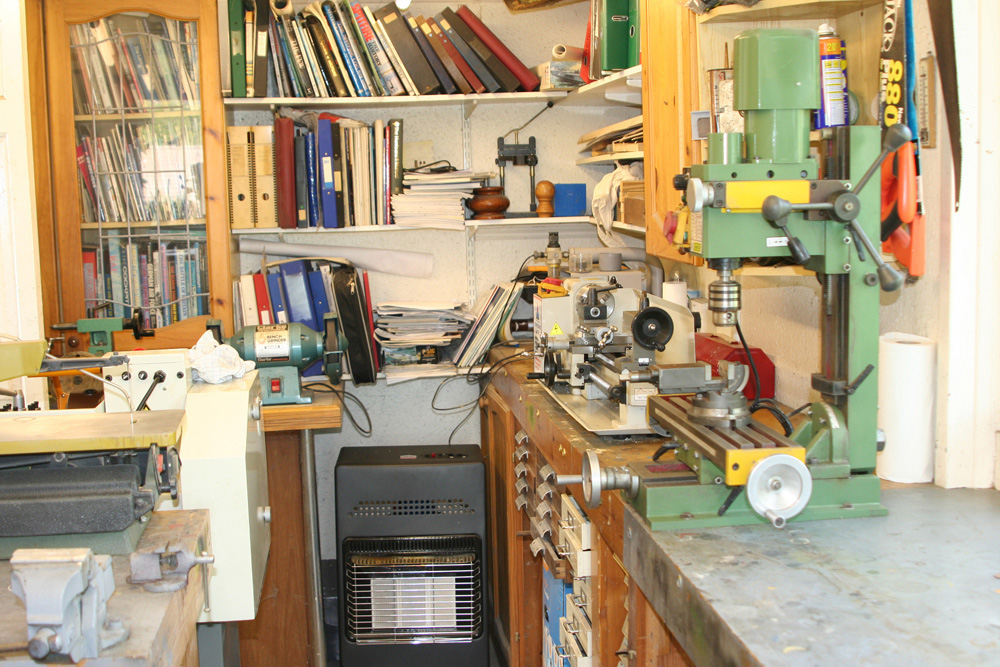