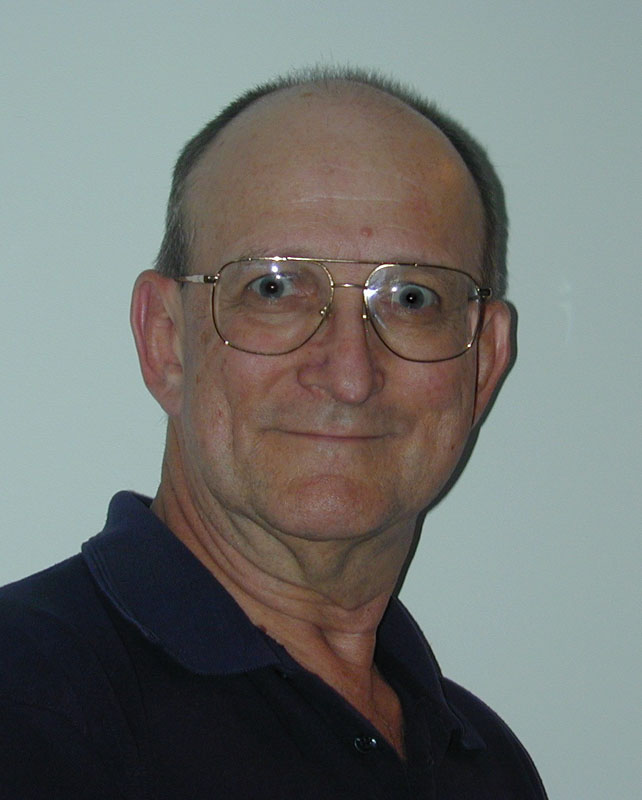 Ron Chernich, of Brisbane, Australia, was selected as the winner of the Joe Martin Foundation Lifetime Achievement Award for 2007. Ron is a long-time engine modeler who shared his knowledge of the hobby with people around the world through his ever-expanding website at modelenginenews.org. Producing this site and keeping it updated was a massive undertaking. Ron’s commitment brought model engine builders from around the world into a single community where they could share their passion. The website ran from June 2002 to December 2013. Unfortunately, Ron passed away in early 2014. However, enthusiastic modelers can still access all of the archives through the link above.

Additionally, one of Ron’s other major accomplishments was producing the high quality CAD drawings for a collection of impressive model engines for home construction. These were used for the Motor Boys International plan books, which contain a diverse array of engine plans and information. Fortunately, both of these incredible collections were made available for public access through the RC Library at the following links: Motor Boys Plan Book; and the Motor Boys Members-Only Plan Book. Ron also shared his skills as a machinist by making the pistons and rings for the Seal Engine Project (DJR), which was hosted by the Joe Martin Foundation. In 2007, Ron was presented with the Joe Martin Foundation Lifetime Achievement Award for his tremendous role in sharing a wealth of information with the greater model engineering community. He was given a gold medallion and a $500.00 check for his contribution to quality modeling. 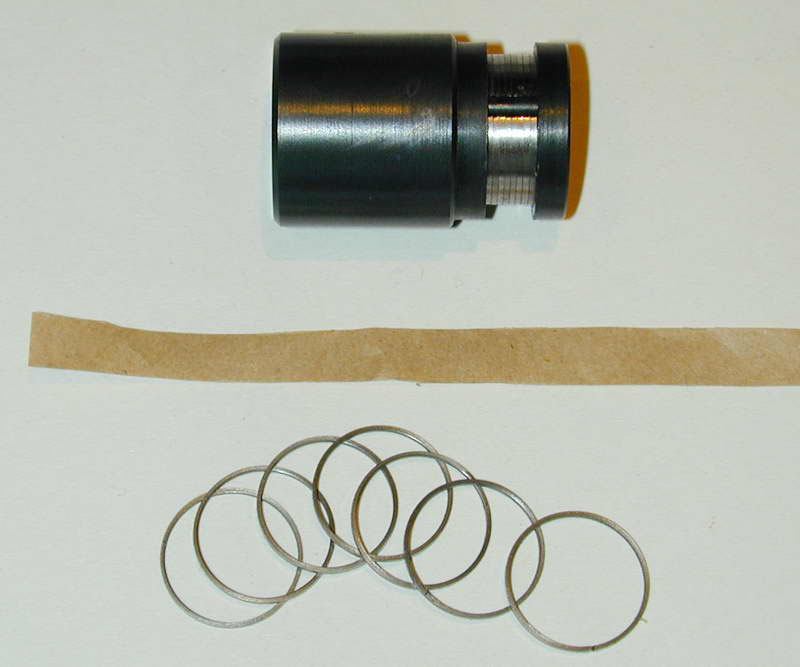 As noted above, Ron was part of the build team for the Seal Engine Project. He built the pistons and rings, and fitted them to the piston sleeves. Shown here are the piston rings, and the fittings to help install them. 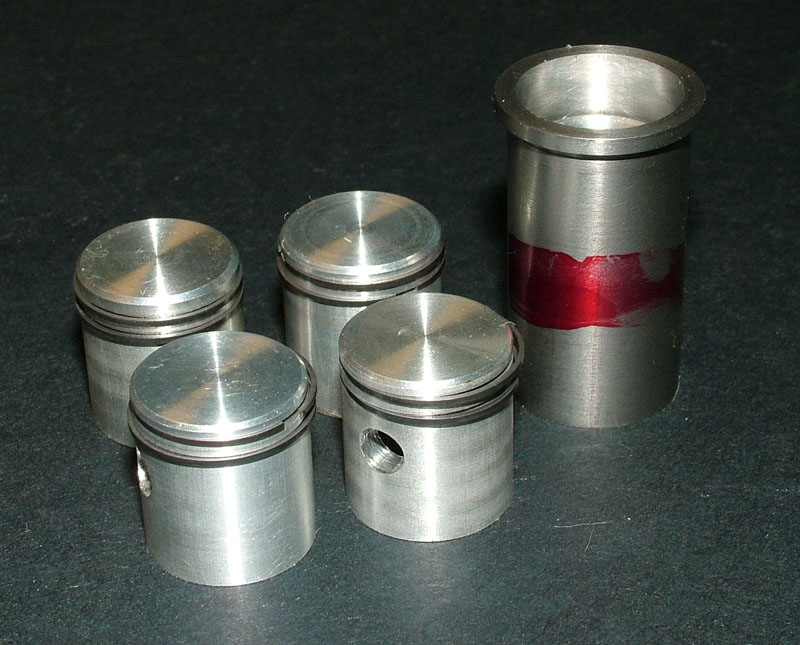 The final pistons with rings, plus an extra sleeve and piston just in case.