Within the clock making community, Jerry’s work is quite well respected. In fact, he is often asked to give seminars or classes on various aspects of clock making at schools, trade shows, and club meetings. He is also a member of the NAWCC (National Association of Watch and Clock Collectors). Not only has Jerry repaired many classic pocket watches and old clocks, but he’s also built a few of his own from scratch. When special tools are needed, Jerry often builds his own. The tools are built to the same high standards that Jerry demands of all his work, and are objects of beauty in their own right. 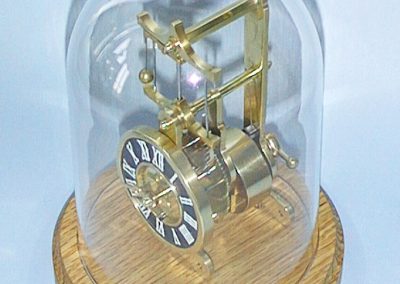 Sometimes called an Ignatz, or flying pendulum clock, this timepiece is fun to watch in action. Interestingly, the clock is only accurate to within about 10 minutes a day. 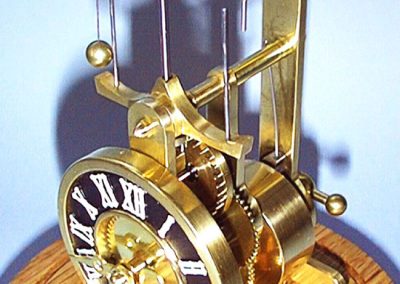 The mechanism includes a ball on a string, which wraps and unwraps itself around two posts, making it a popular project both to build and watch. 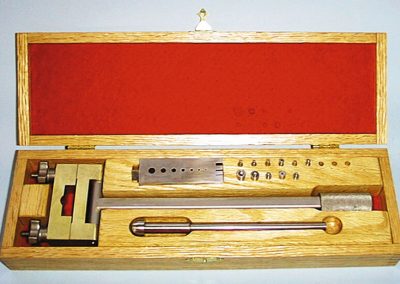 For his work on clocks, Jerry needed special staking tools to press shafts into gears, and pins into lantern pinions. Rather than buying a staking set, his solution was to make his own. Jerry also made the custom oak finger-jointed box that holds them.

Sherline is proud to confirm that Jerry Kieffer uses Sherline tools in the production of his small projects.