Crafting Fine Watches One Part at a Time 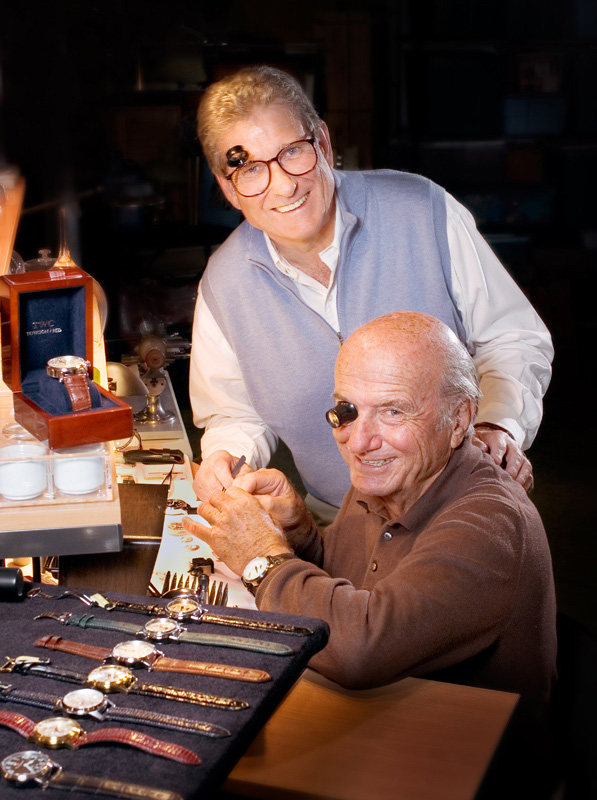 Master watchmaker George Thomas (seated) and his business partner Hartwig Balke inspect some of the watches produced by their small company.

After 35 years, a Watchmaker Returns to His Beloved Trade

George Thomas was born in Prague, Czech Republic in 1930, and grew up in Prague, Vienna and Zurich. In 1945, he apprenticed with a watchmaker in Prague. To escape the communists in 1948, George went to Panama and worked in Panama City for an agency servicing all major brands of timepieces. In 1951, George moved to San Francisco where he worked for a time as a watchmaker.

However, George soon realized that there was more money in other endeavors, and spent the next 35 years in the plastic and chemical industries. While working in that industry, he invented a process of molding sawdust into rustic outdoors dishes called, “Stonewood.”

During that period, George never lost his interest in timepieces, and spent some of his spare time restoring antique and complicated watches. Among George’s accomplishments was the restoration of the world’s oldest known signed and dated watch from 1530. The watch belonged to Phillip Melanchton, an associate of Martin Luther. George also restored the world’s smallest watch, made in 1860 for the Czar of Russia. (See The Technique and History of the Swiss Watch, by Eugene Jaquet and Alfred Chapuis, plate 116.) 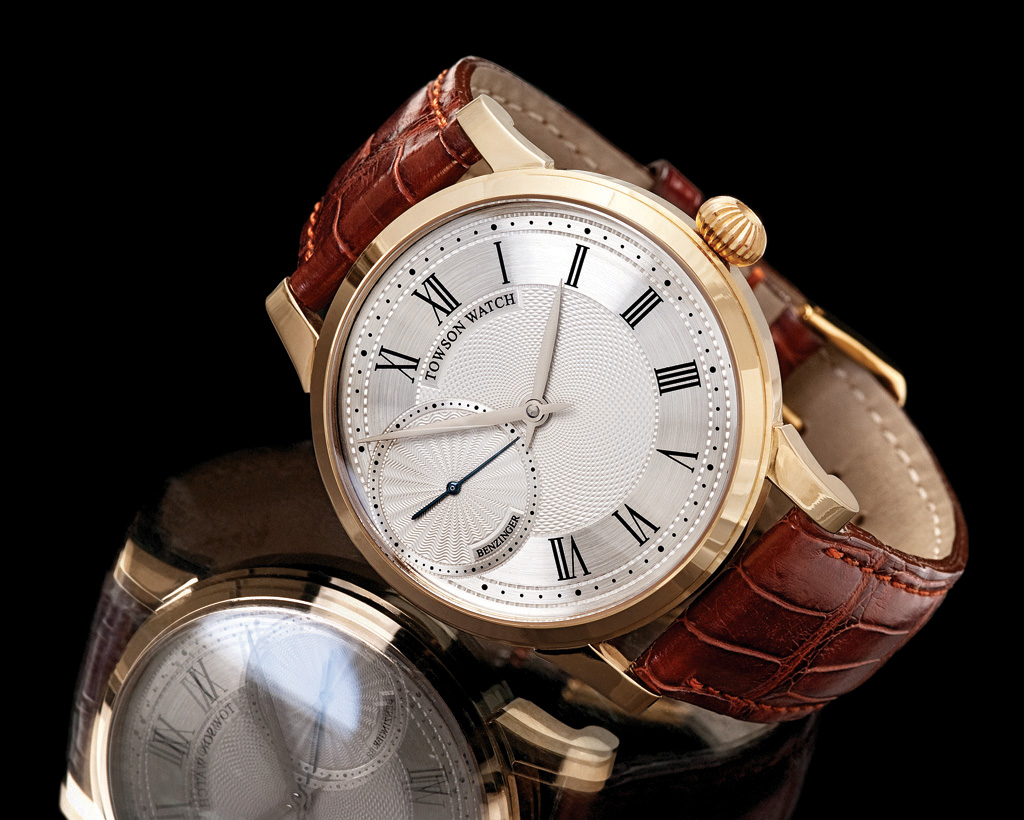 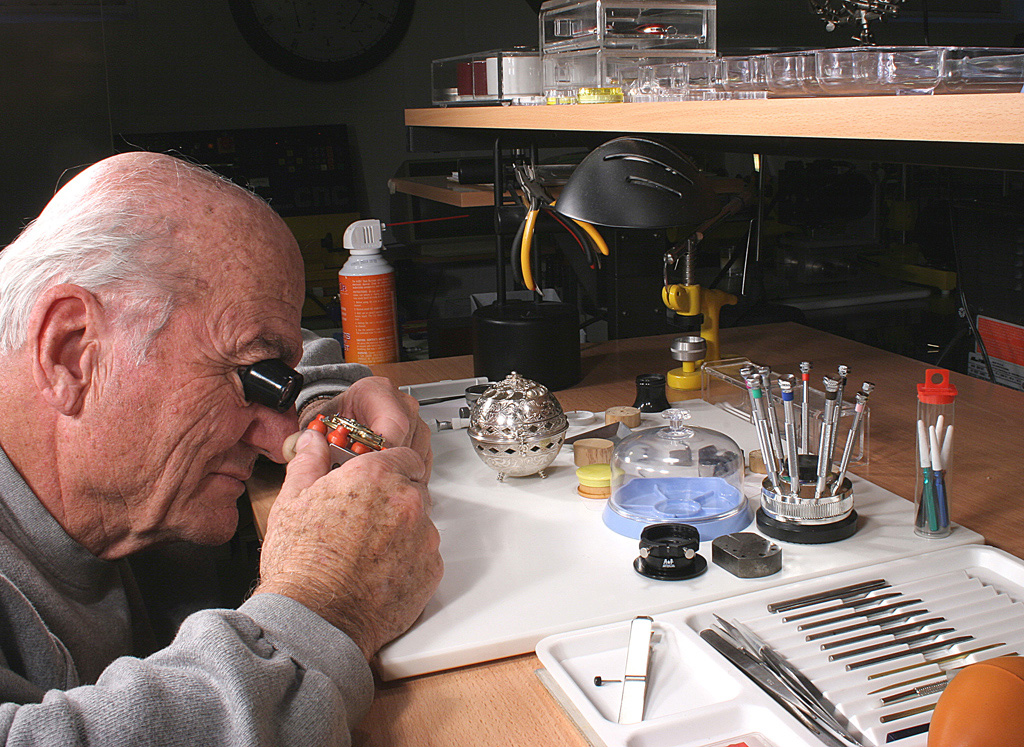 George inspects a watch assembly on the bench.

As noted on their website, “Towson Watch Company was founded at the beginning of the new millennium, in 2000, by two gentlemen whose passion is working with mechanical time pieces. After 40 years of experience repairing high grade watches, repeaters, chronographs and making his own tourbillon watches, George Thomas, a master watchmaker met his partner Hartwig Balke, a graduate in mechanical engineering and talented watchmaker, by chance in an Irish Pub in Annapolis, MD. After sailors’ small talk, Thomas and Balke soon discovered their common love for high grade mechanical watches.”

To create something special, mechanical instruments of beauty and precision, was always their dream. Thomas built his first tourbillon pocket watches, displayed now at the National Watch and Clock Museum in Columbia, Pennsylvania, in 1985 when he was 53 years old.

Years later, in 1999, Balke made his first wrist chronograph at 56 years old. It was worn in outer space during the first mission in the new millennium, the STS-99 Mission. 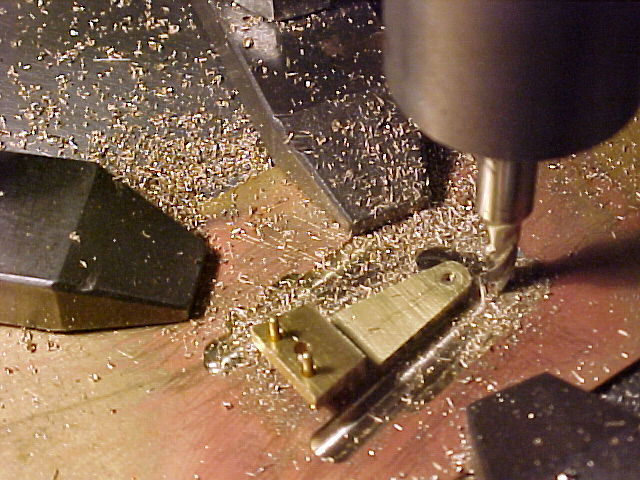 Some of the following photos show various operations during George’s production of a handmade watch. 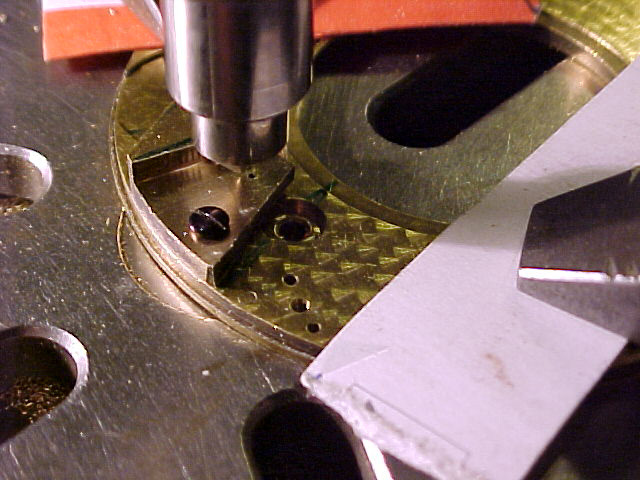 More progress on the handmade watch.

Balke was commissioned by NASA astronaut, Commander Thiele, to produce this chronograph. The mission specialists wanted an American chronograph on their American space mission. A second watch, worn during the same mission, is also on display at the Columbia Museum.

Thomas and Balke now sail together with their burgeoning watch business. Shortly after their first meeting, the idea of creating their own watch line became more and more serious, and the first 25 wrist chronographs were sold in weeks.

George Thomas and Hartwig Balke are partners in TOWSON WATCH CO. LLP. Watches made by Towson Watch Company are not mass-produced, they are made in limited series according to customer’s individual wishes. Towson Watch Co. timepieces appeal to watch connoisseurs and collectors, as well as professionals like engineers, aircraft pilots, and even astronauts. 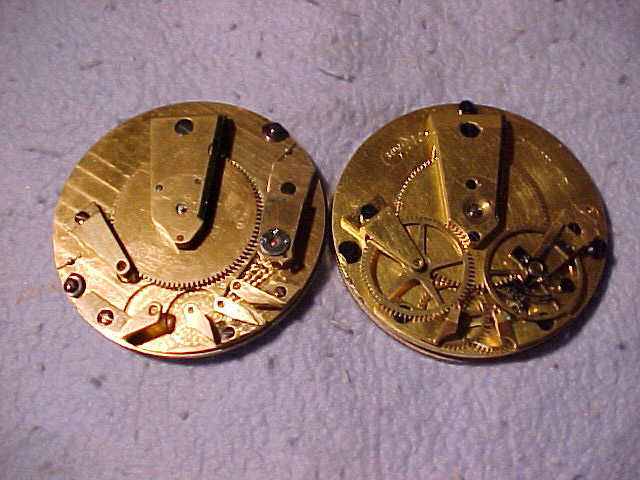 George’s partially finished watch next to the original Breguet movement that served as a model. 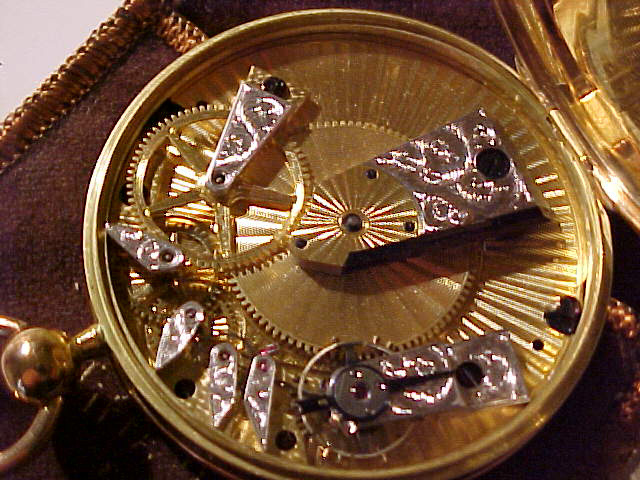 The Smithsonian National Museum of American History commissioned George Thomas to open the watch as interested parties, Douglas Stiles (the great-great grandson of Mr. Dillon), and the national media looked on. Ultimately, the inscription was there, although not exactly as originally noted—and off by one day in reference to the date of the first shot fired at Fort Sumter.

Though no longer able to be wound and run after remaining sealed for over 100 years, the watch was in amazingly good condition. Detailed photos of the inscriptions and the inside of the watch were taken, and then it was resealed for display. Being entrusted as the person to open the case was quite an honor for Mr. Thomas.

Read an article by Smithsonian Magazine about the event.

The LA Times also wrote an article about the Lincoln watch opening. 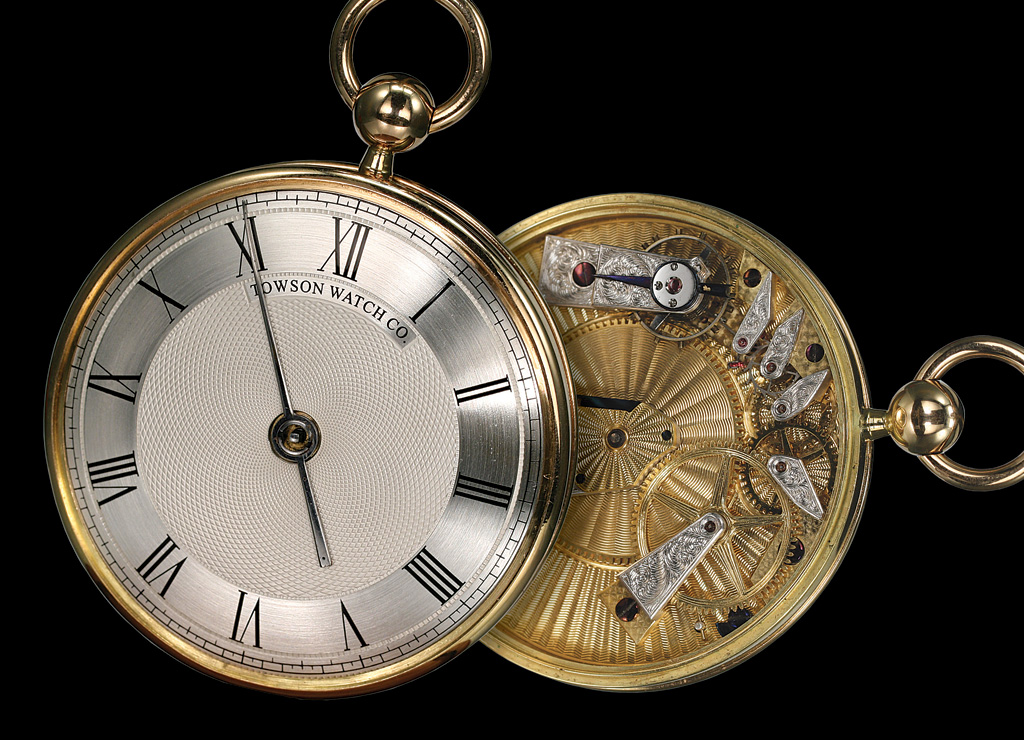 George’s finished watch is a truly beautiful piece of craftsmanship. 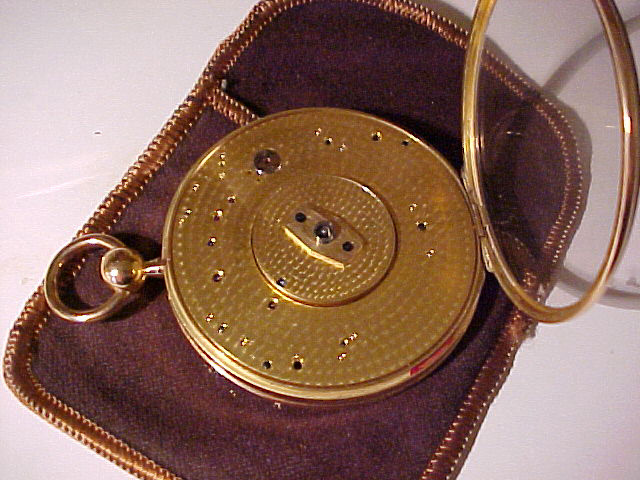 George has made 4 tourbillon watches, 3 of which are in the NAWCC Museum in Pennsylvania. His Carousel watch is also on display in there. In this day and age, there are few craftsmen left in the world who are capable of making a complete watch from scratch, part by part.

In 1999, George founded the Towson Watch Co. with fellow watch craftsman Hartwig Balke. They build high quality, precision watches in very limited production quantities, two of which have travelled into space on the earth mapping mission in 2000. Those two watches were built by Hartwig, a brilliant engineer and skilled watchmaker who came to this country from Germany.

The Towson Watch Company is one of the few U.S. watch companies that design and manufacture their watch line in the United States. When George Thomas and Hartwig Balke decided to create and manufacture their classical mechanical watch collection, nobody expected immediate success. However, the style, quality, and beauty of their unique timepiece collection soon became a benchmark for success. They dedicated their collection to the region they love so much, and it became the Chesapeake Class Watch Collection. 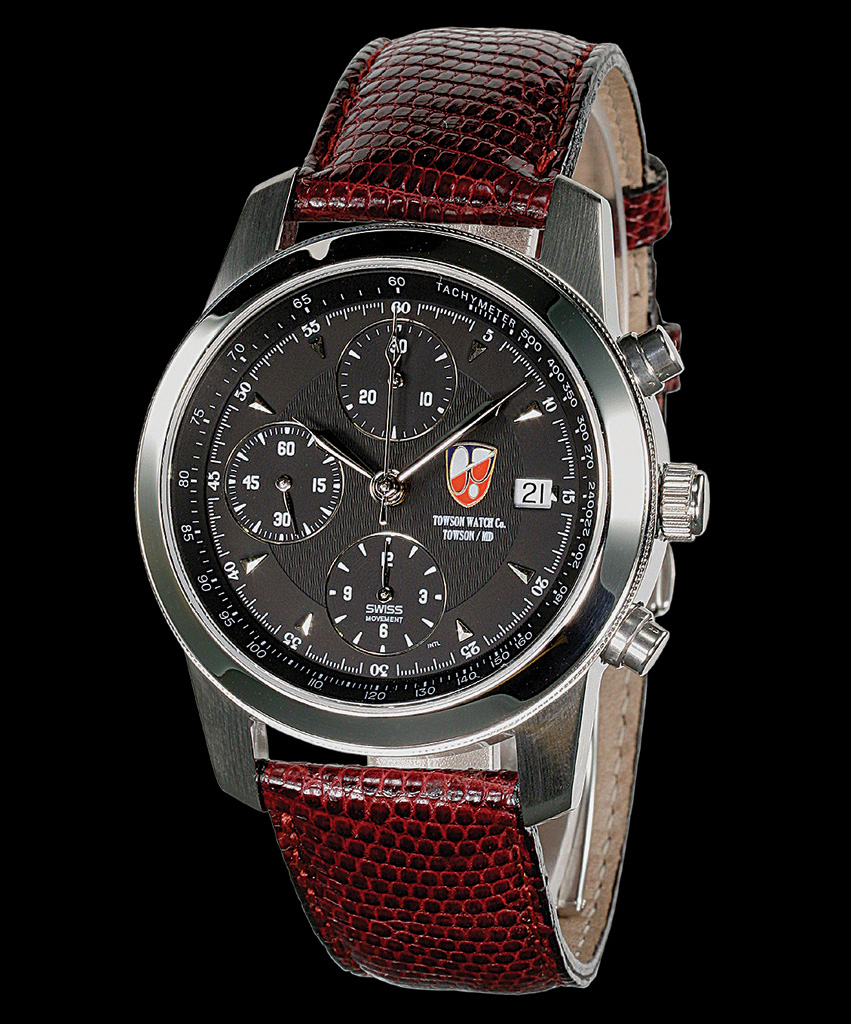 The Mission watch made by Towson Watch Company. 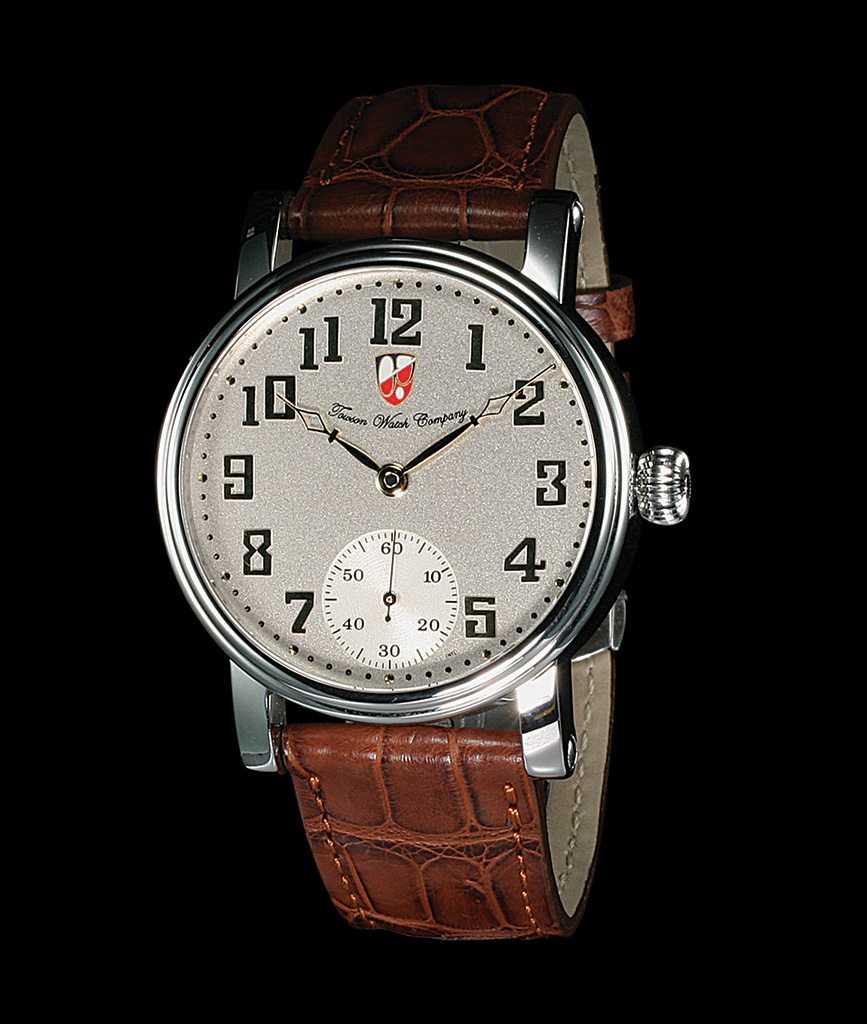 Tools of the Trade—CNC and the Modern Watch Industry

Along with the assortment of old school manual tools you will find in George’s shop, there is also a small CNC lathe. Watchmaking is a very traditional trade, still using many tools and techniques developed hundreds of years ago. However, it’s one thing to make a single watch by hand for a museum, and quite another to make a line of watches that can compete with the world’s most famous watch companies.

Even companies like Rolex now take advantage of the speed and repeatable accuracy provided by CNC machines for some of their parts. Even so, the industry still heavily relies on skilled workers to tune and assemble these parts into accurate timepieces. In the time since this article was first written, the Towson Watch Company has only continued to grow, making their own mark in the watchmaking world. 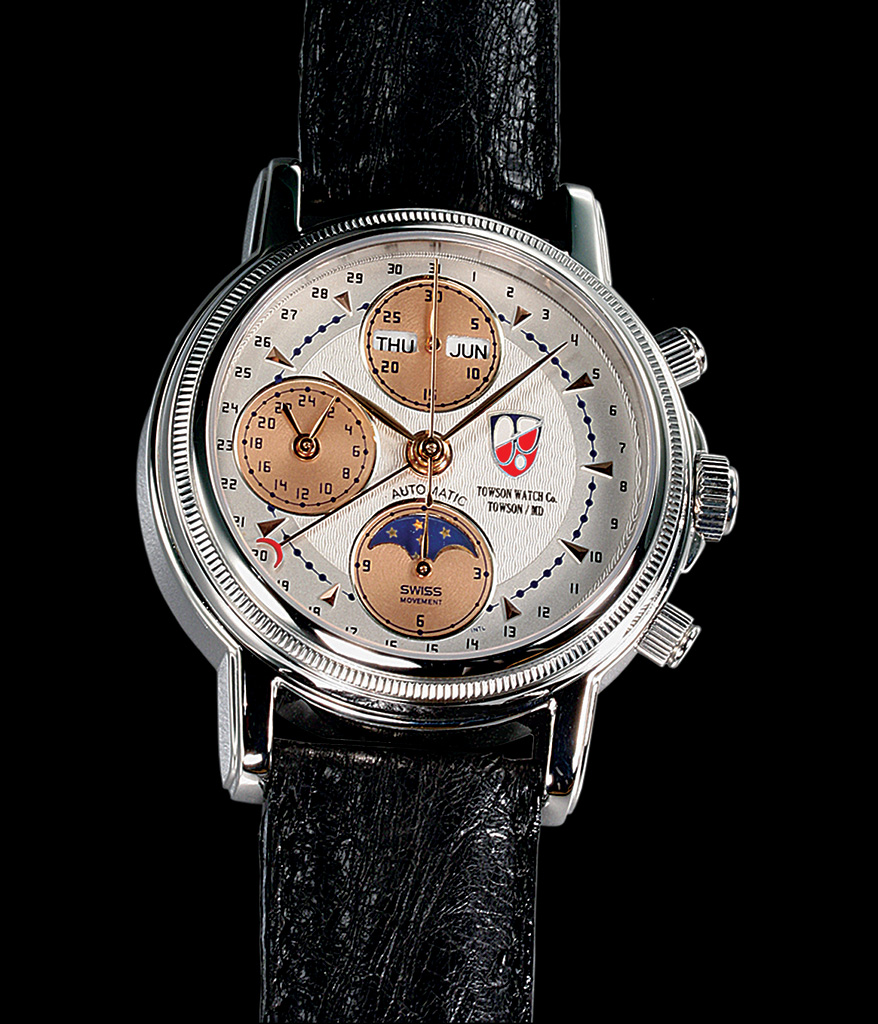 The Cockpit Moon watch made by Towson Watch Company. 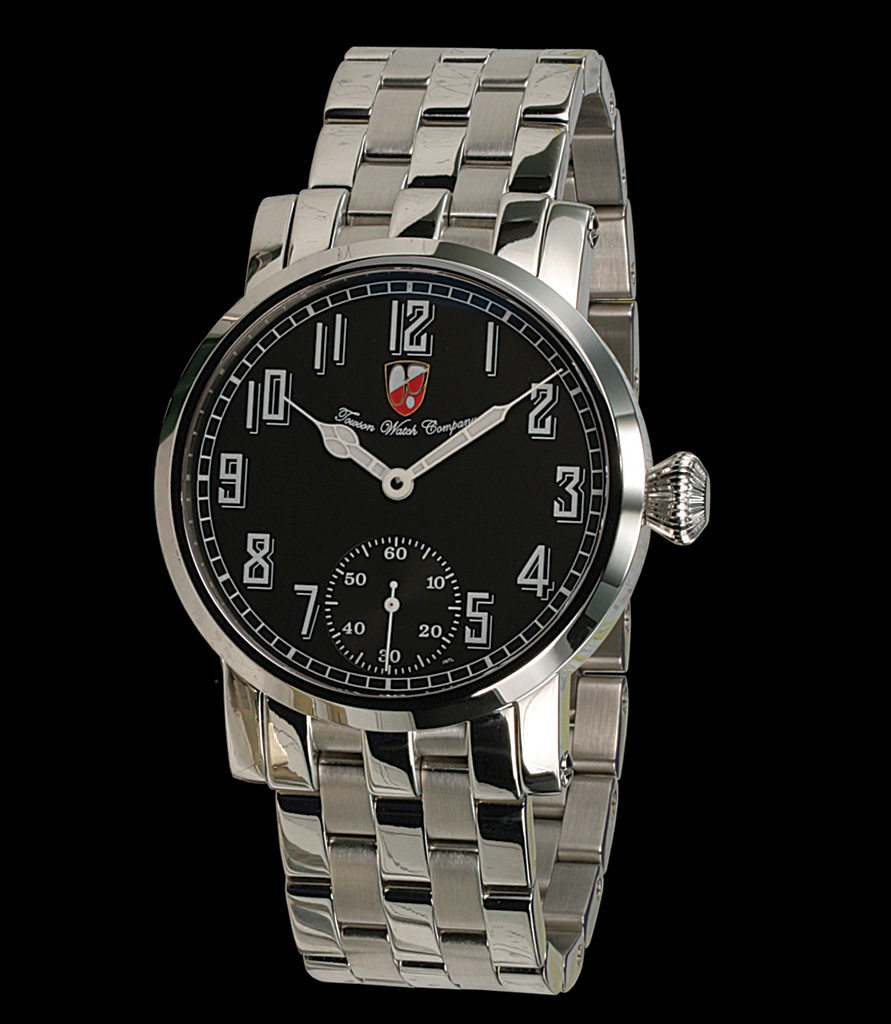 The Bay Pilot watch made by Towson Watch Company.