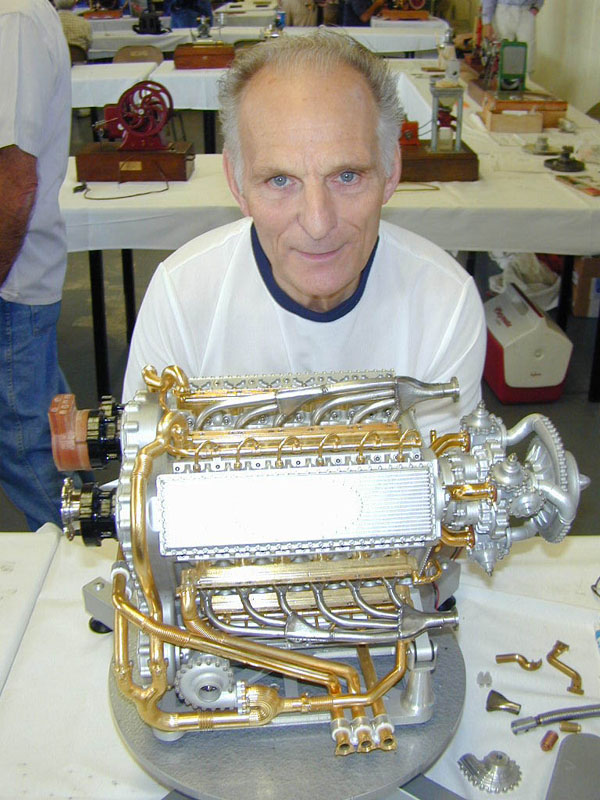 A recurring topic of conversation in the model engineering world is whether parts made on a computer controlled machine can legitimately be considered “craftsmanship.” We know that good craftsmen work with the tools that are available to them. This begs the question, if a craftsman has more or better tools, does that make them any less of a craftsman? We are inclined to think not, because each additional tool requires additional skills to make it useful. Clen Tomlinson’s Deltic engine project offers a prime example of this idea. The Deltic engine represents the beautiful result of a very challenging project that would have been almost impossible to complete without CNC. Below are Clen’s thoughts on the subject. While this will not resolve the debate, it certainly adds some interesting thoughts on the role of machines in future craftsmanship.

The Debate Over CNC Craftsmanship

The debate regarding craft and craftsmanship has prompted me to examine my understanding of these words. I offer the following ramblings for you to “toss into the ring.”

A dictionary definition is historically predictable. Craft: “An activity involving skill in making things by hand.” Craftsman: “A worker skilled in a particular craft.”

Taken literally and applied to the process of modeling, including model engineering, would suggest we should be restricted to basic hand tools such as a hammer, chisel, hacksaw and files—or even a whittler’s knife! At the other end of the spectrum, few would allow the craftsman the use of the latest computer driven rapid prototyping equipment.

I am sure most observers would allow us to employ the occasional drill press, lathe, mill and grinder as a substitute for our lack of craftsmanship to produce acceptable degrees of accuracy. It also seems OK to use the DRO to overcome the inadequacies of our overused machines, and to simplify the process of compensating for wear and tear.

I use a computer to control my machine to make the process a practical possibility. Due to the intricacy and minute dimensions limiting the speed of metal removal, I do not regard it as acceptable to stand and wind the handles to achieve the results that take the CNC process over two days to complete some operations unaided. 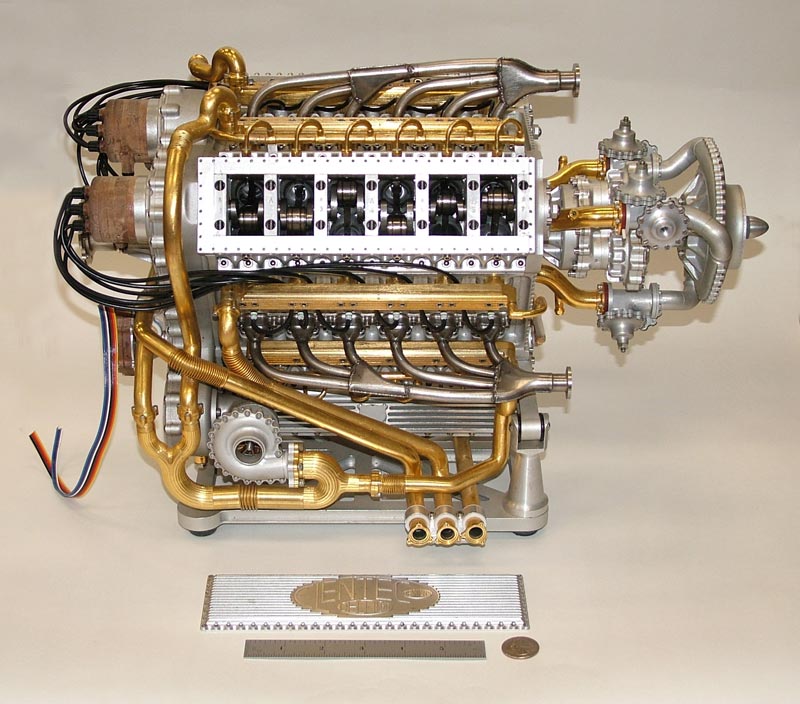 In due time, Clen was able to finish his remarkable model Napier Deltic engine. In March, 2011 the model Deltic engine was shipped from England to the Miniature Engineering Craftsmanship Museum in Carlsbad, CA. Clen’s Deltic engine was loaned to the museum for one year, which gave us some opportunities to photograph the assembled engine. A six-inch ruler and a US quarter are in the foreground to provide scale reference.

My time is better spent pursuing my skilled and creative craft of creating a design, method and process which will allow me to get what I want. I do not regard the swarfe (chip) making process as intellectually stimulating.

It is clearly acceptable to use CAD to produce the drawings from which we manufacture our models. The technology exists to allow the computers to carry on unfettered by us humans to make our models for us. I would suggest that would be a step too far.

I found two definitions of “craft” which appeal to me:

“It is an intellectual and physical activity where the maker explores the infinite possibilities and processes to produce unique objects.”