Below you can view a number of photos featuring Bill’s detailed pedal cars. Click images to enlarge. 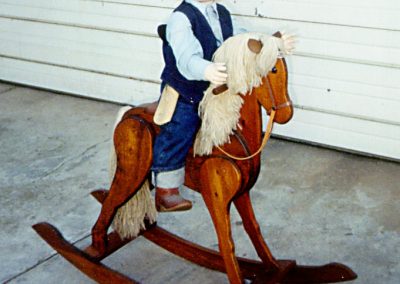 The project that started it all. When Roberta asked for a display to show off the dolls she had crafted by hand, Bill got out the woodworking tools and built this rocking horse. 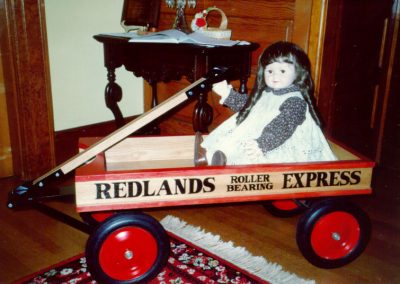 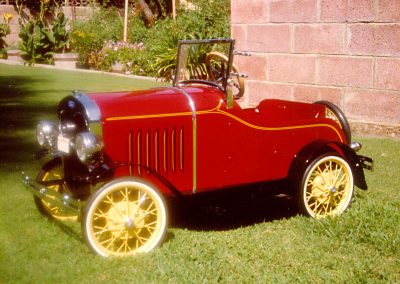 After his first few pedal cars, the next car got fancier wheels, louvers, and a pen striped paint job. This one was built in 1991 to represent a 1930 Model A Ford roadster—Bill’s first attempt at modeling a particular car. 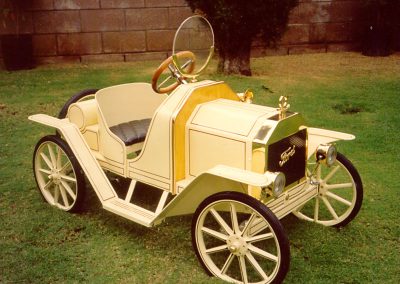 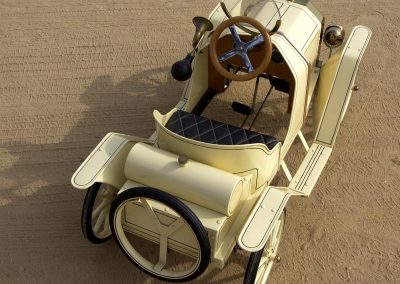 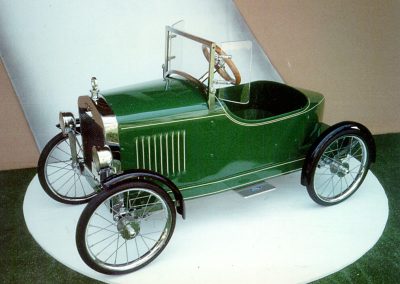 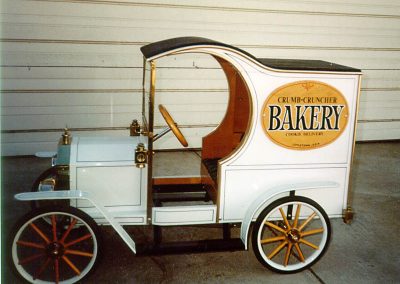 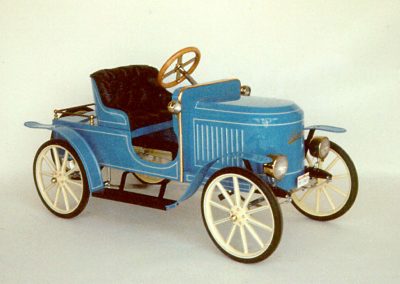 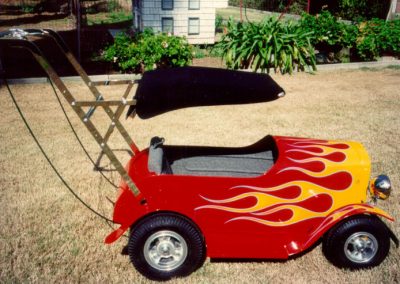 This 1930 Ford baby stroller is Bill’s own design. The convertible top folds, and there are hand brakes on the handlebars for the “driver.” A flame paint job finishes off the hot rod theme. Note also the three-spoke mag wheels. 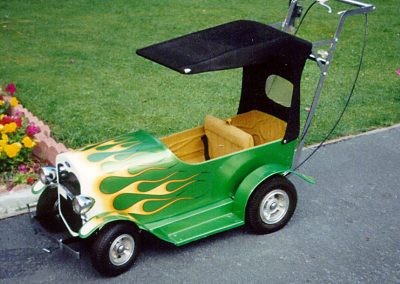 Another 1930 Ford baby stroller, this one in green. 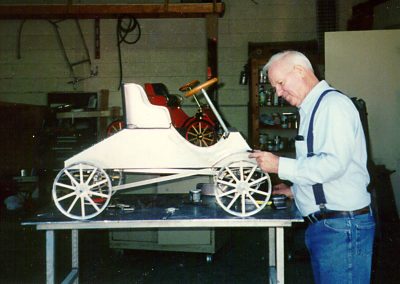 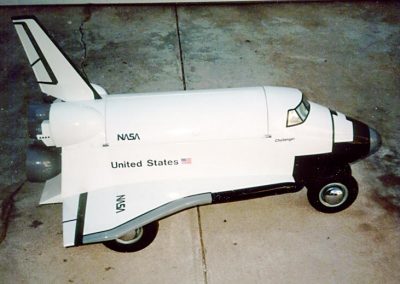 Here’s one that the early pedal car manufacturers never could have conceived of…the Challenger space shuttle! 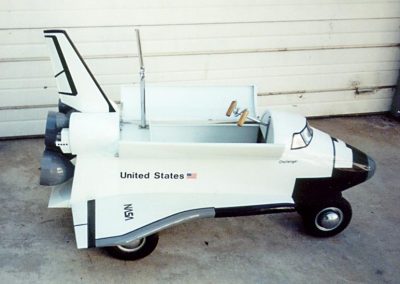 The bay doors open to expose a cockpit complete with an extendable arm for hauling in stray satellites. 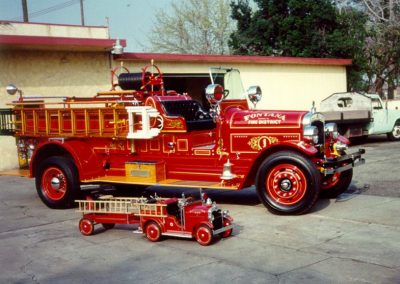 Bill’s 1930 Ford Model A fire truck is seen with the real thing.

The second and third photos show the trailer with a ladder extended. 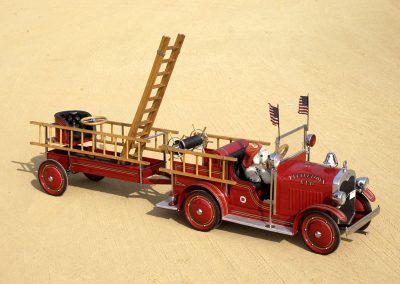 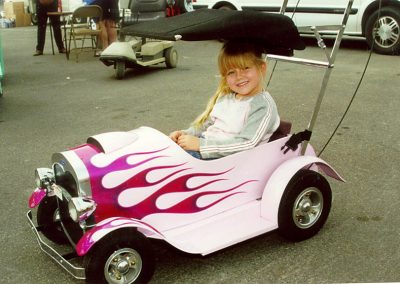 This pink 1930 Ford hot rod stroller even has a hood scoop. 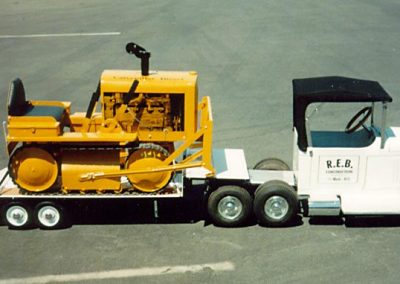 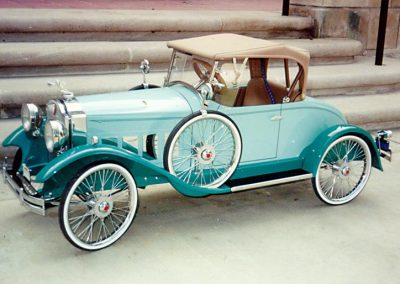 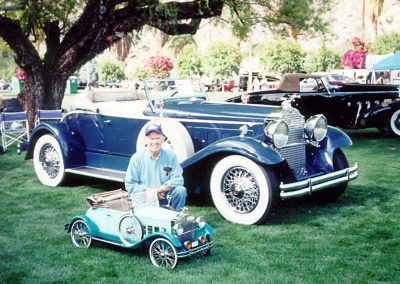 This shot shows Bill at a car show with a full-size Packard in the background. 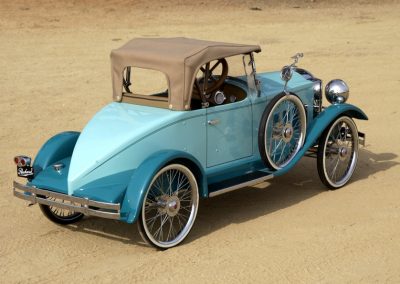 This shot shows why it is called a “boat tail” roadster. 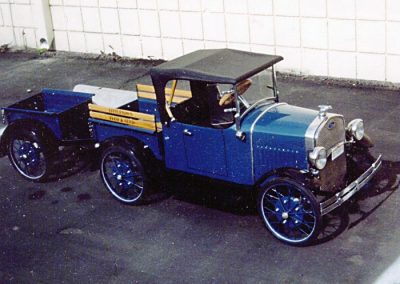 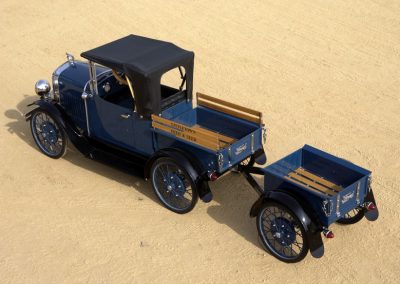 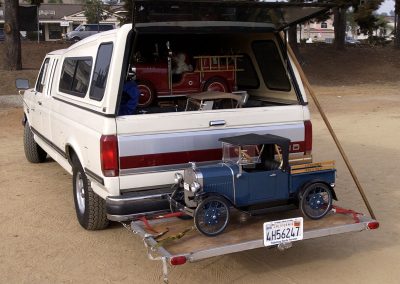 Bill’s traveling rig was always ready to hit the road for the next show.