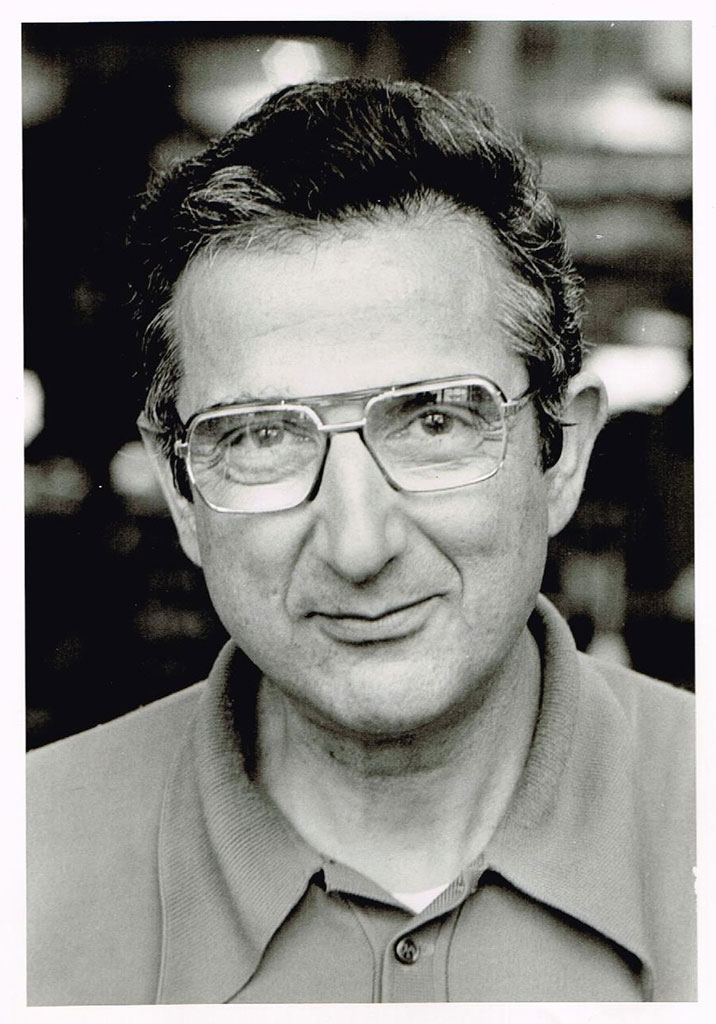 Abraham Megerdichian was a machinist and artist in metal. From the 1950’s until his death in 1983, Abraham machined his interpretations of ordinary, recognizable objects from blocks of metal. He turned blocks of brass, aluminum, copper, and stainless steel into hundreds of these commonplace yet elegant objects.

Nearly all of Abraham’s creations were crafted as gifts for family and friends, and most were miniatures. Abraham modeled things like baby carriages, boots, lunch pails, shopping carts, cannons, cash registers, and much more. He built these small metal objects in a wide range of scales as well. 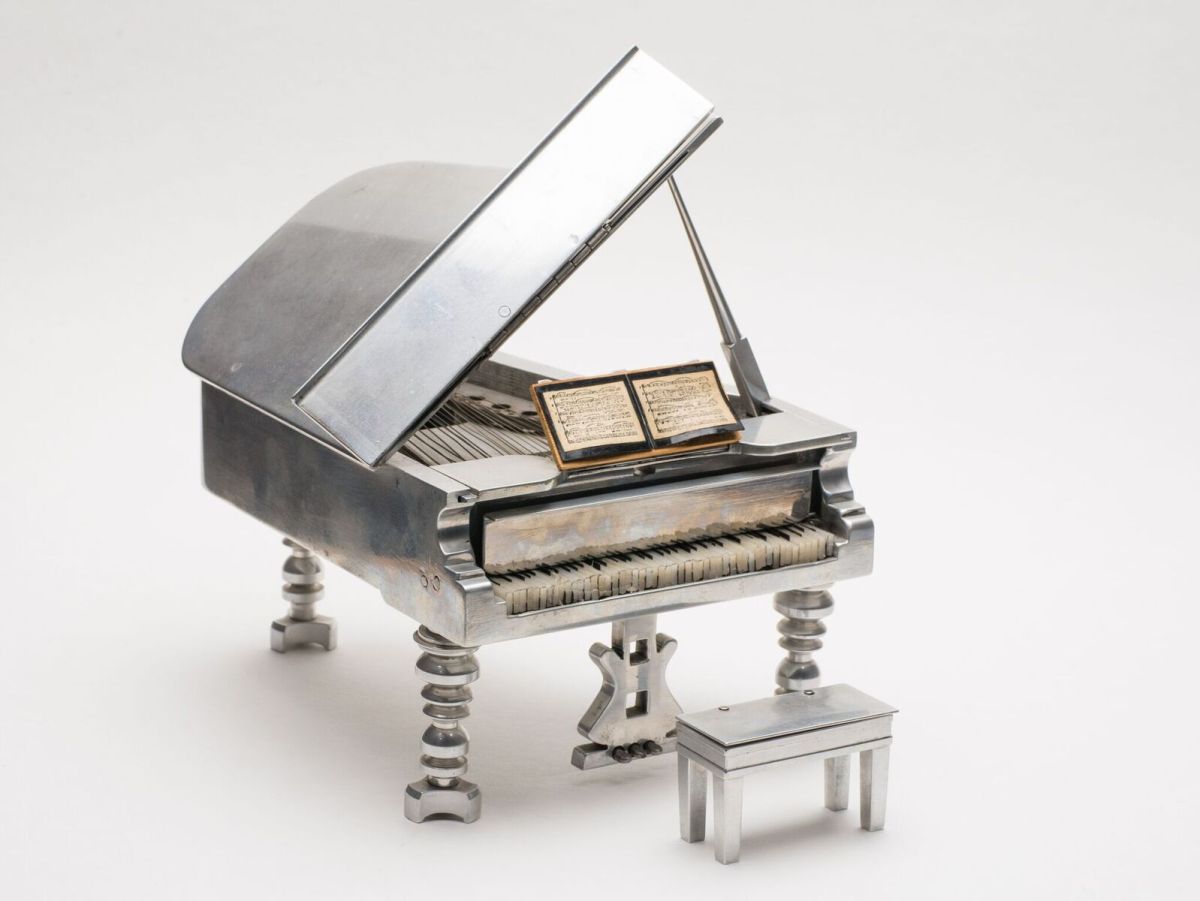 Abraham made this miniature grand piano music box from aluminum. 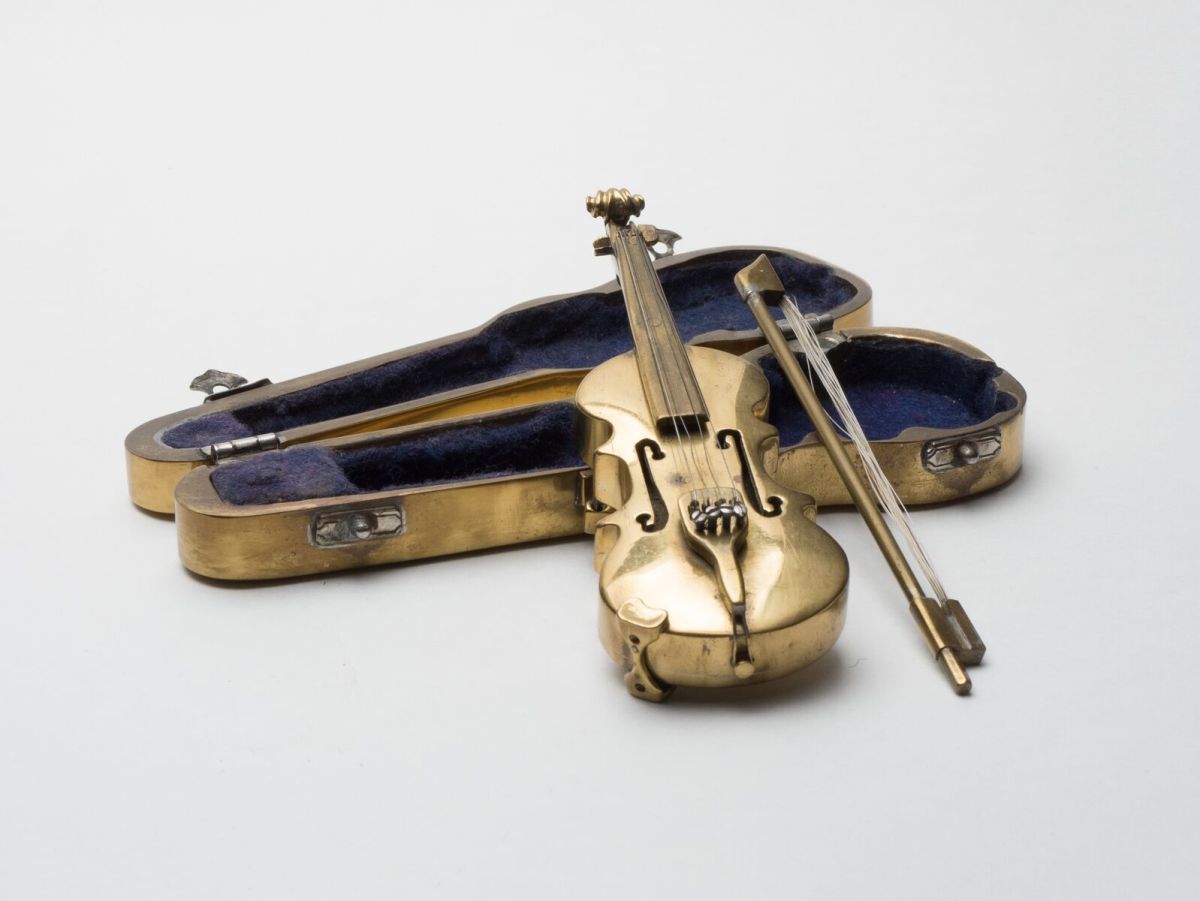 As his skill level increased, Abraham’s creations became highly intricate. His miniature brass violin and aluminum piano are just a few examples. Abe’s personal favorite, however, was his miniature machinist’s toolbox and tools. 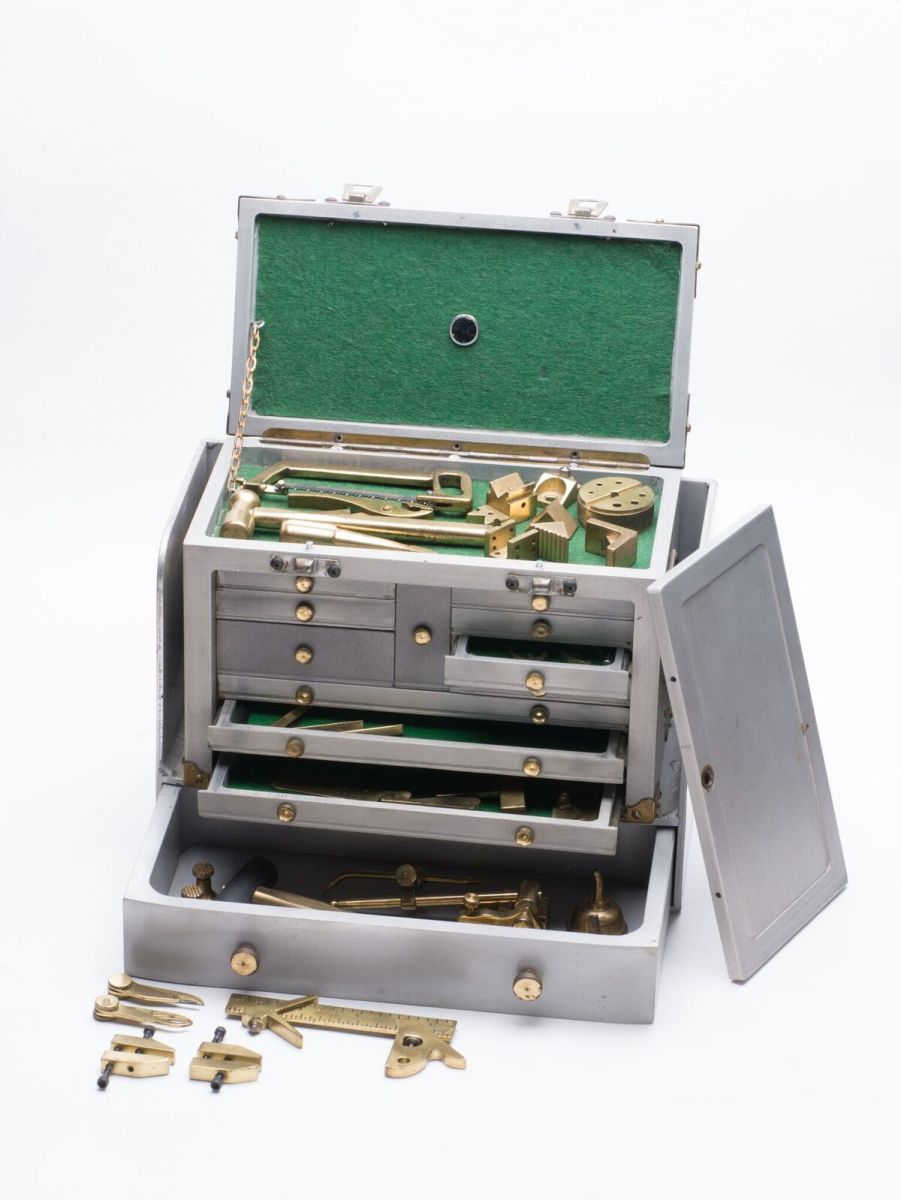 Abraham’s miniature machinist’s toolbox combines many projects into one. Each felt-lined drawer contains individual handmade items used by a machinist in his trade—all in miniature. 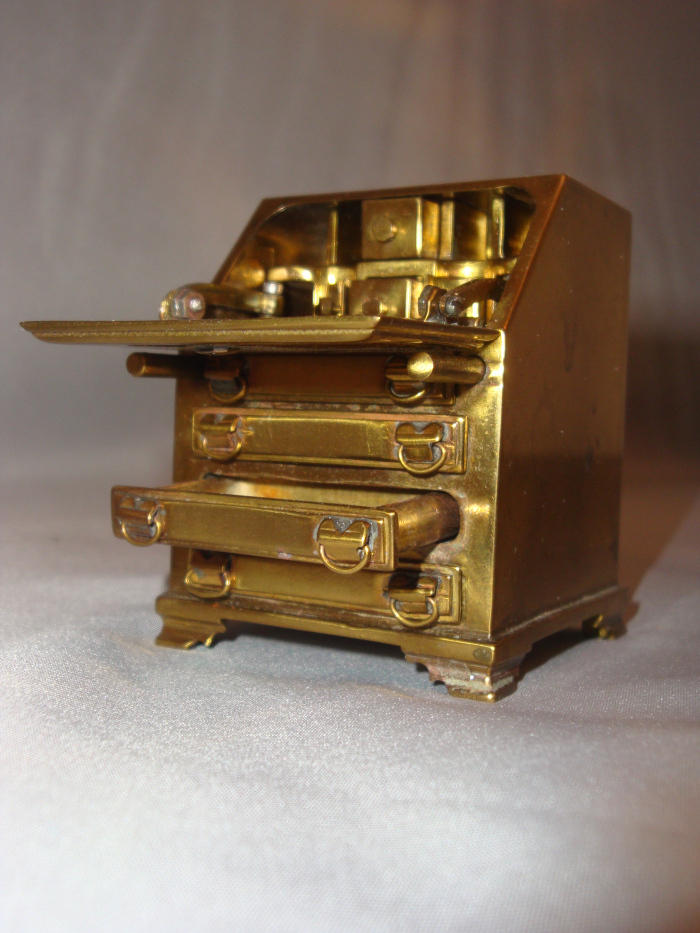 Abraham was born in Franklin, Massachusetts in 1923 to Armenian immigrants. He could not speak English until he started public school in Cambridge, MA. After graduating from Rindge Technical High School, Abraham enlisted in the Navy through a special machinist’s training program. He served honorably in the Pacific as a ship’s cook and occasional gunner. 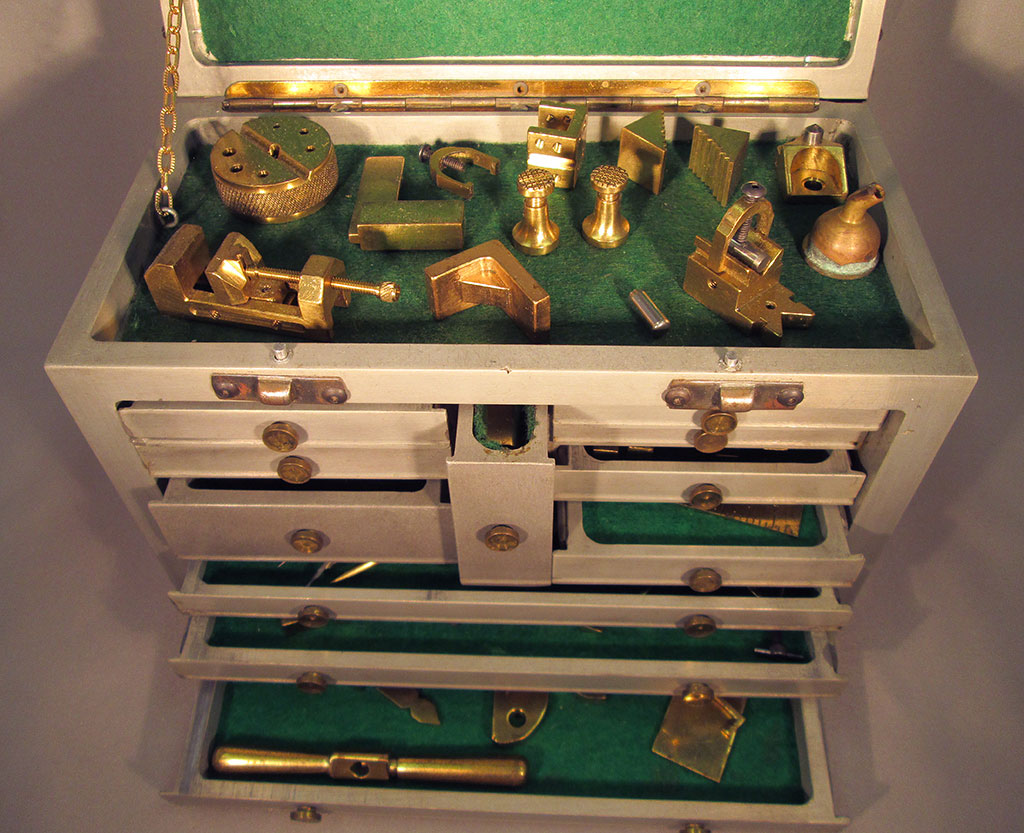 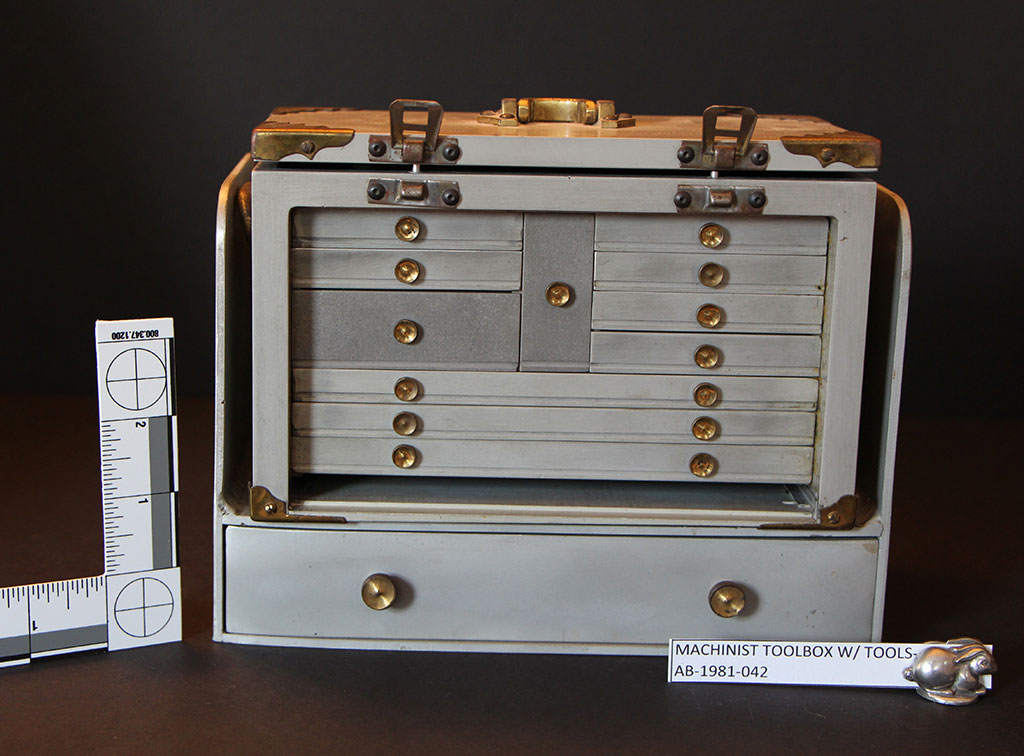 Once he returned to Cambridge, Abraham found employment as a machinist in a local factory. He would later get married and raise three children, all of whom graduated from public schools in Cambridge. The machining skills that Abraham learned at school and in the military guided him throughout his career. 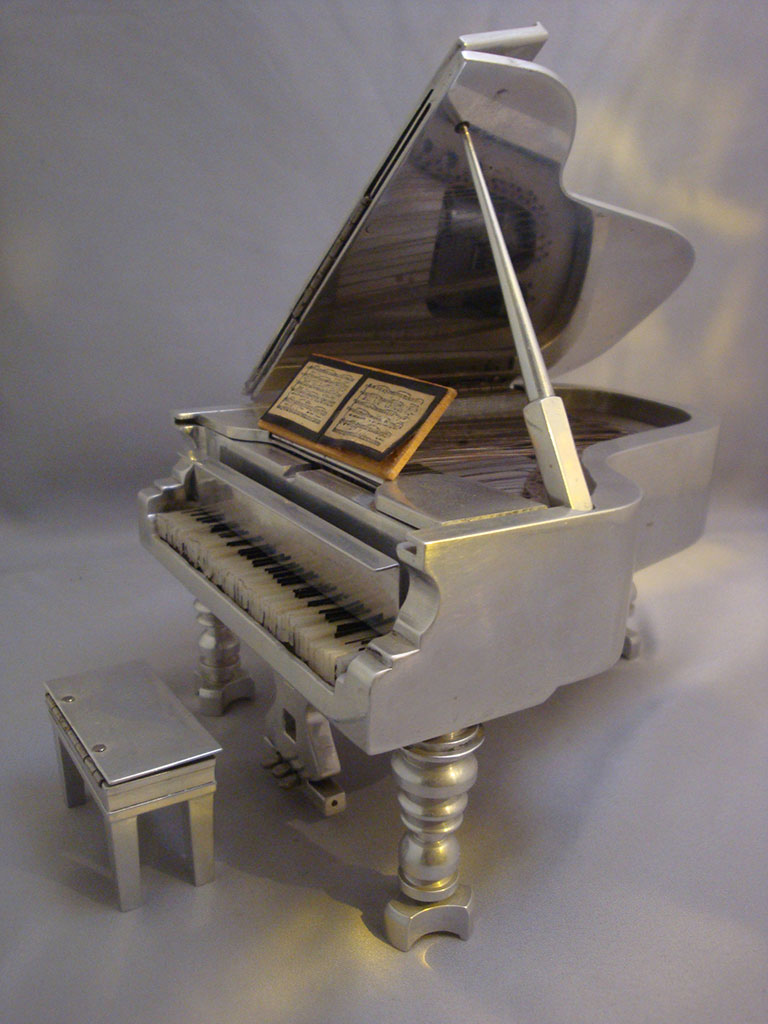 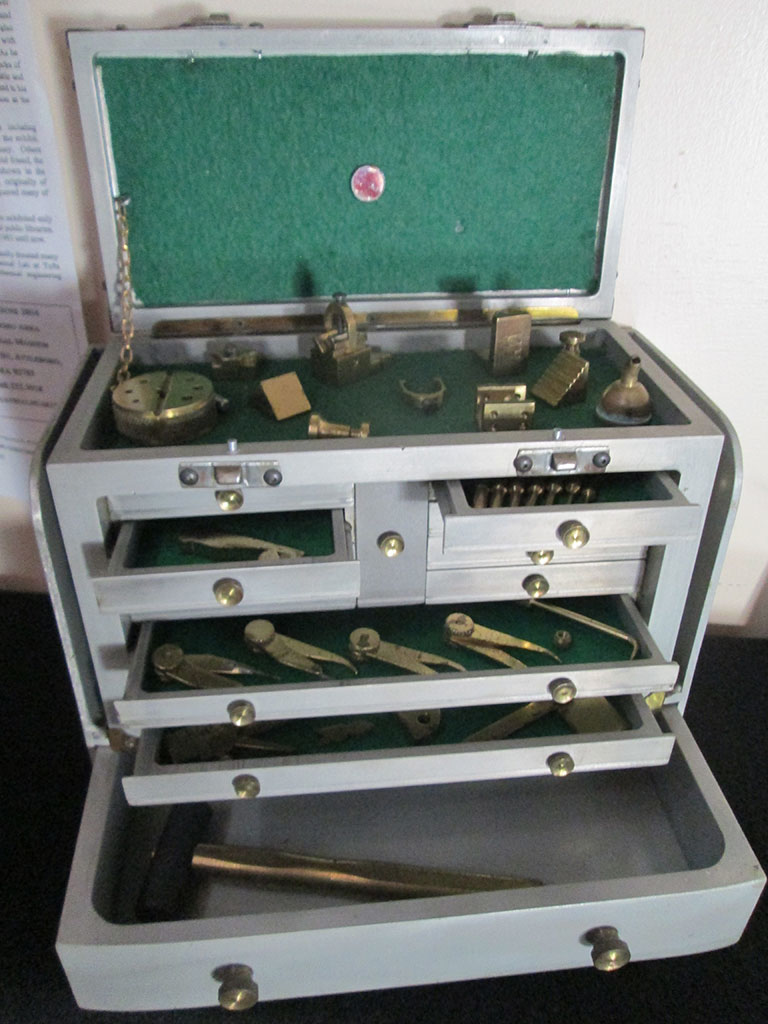 Following Abraham’s passing, the Megerdichian family donated many of his full-size machinist’s tools to the Bray Mechanical Lab at Tufts University—where his son graduated with an engineering degree. Abraham’s legacy remains not only with his miniatures, but through his tools which can still be used by mechanical engineering students to this day. 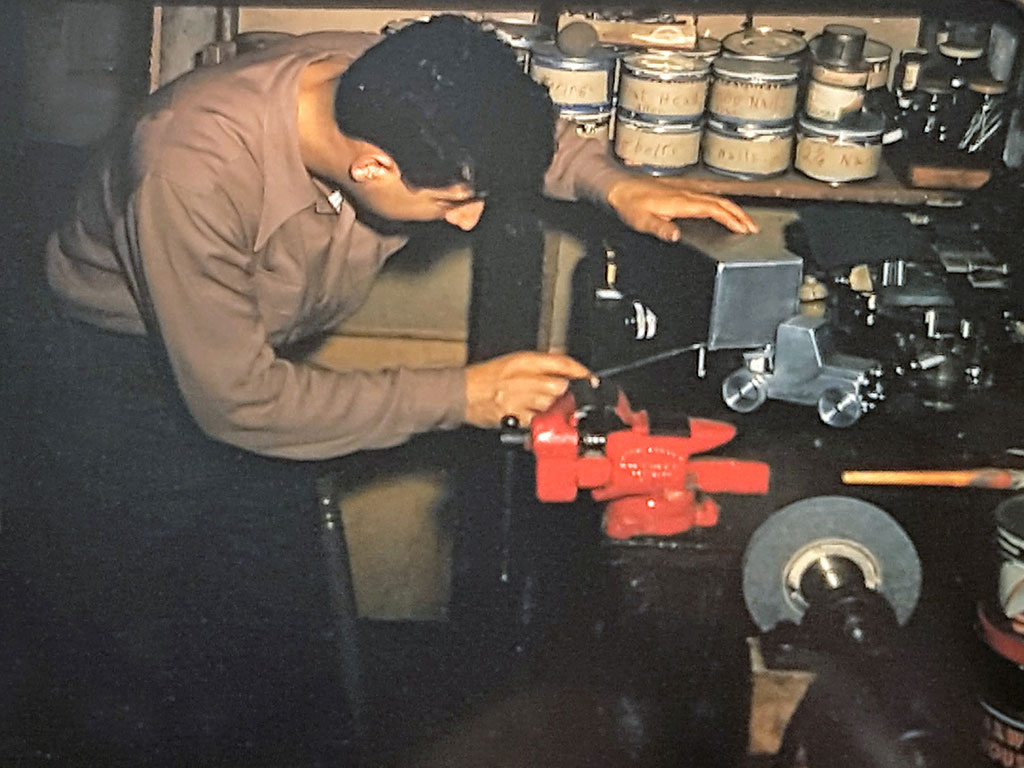 A young Abe Megerdichian finishing up an aluminum semi-tractor/trailer rig in his home shop. 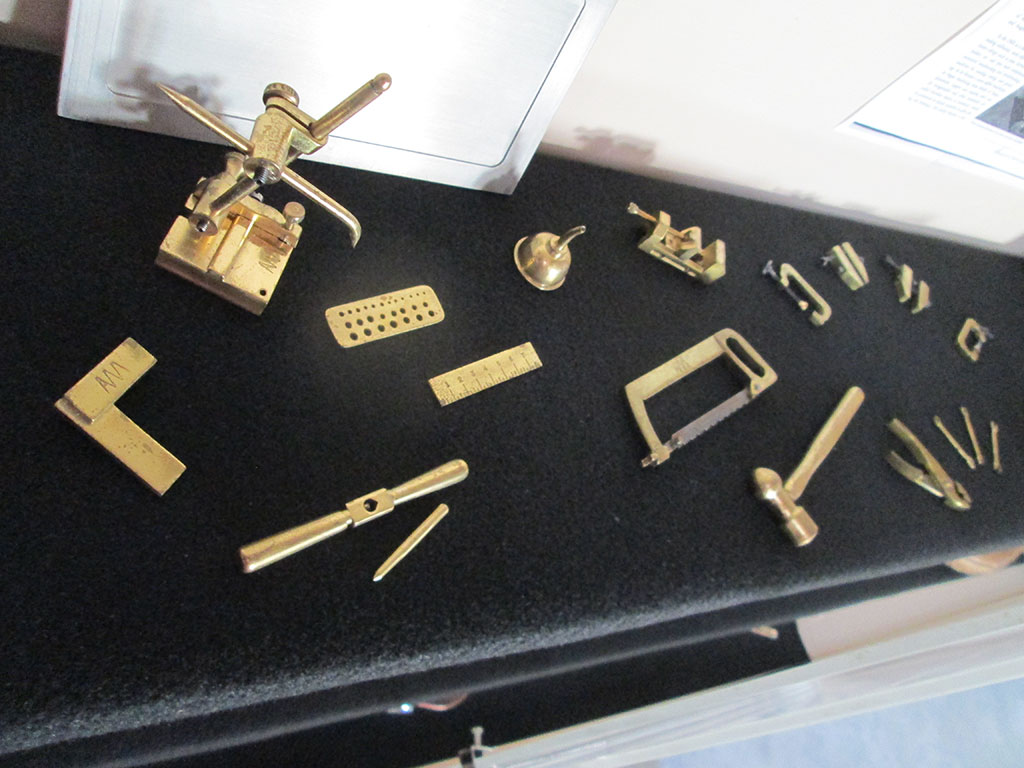 Some of Abe’s miniature machinist’s tools are spread across a table.

To learn more about Abe Megerdichian, you can visit a website dedicated to his work, which is run by his son, Robert.

Abe’s work was also featured in a Boston Globe Article by Isaac Feldberg (June, 2016), as well as an article in the New Worcester Spy by Robert Megerdichian (May, 2018). 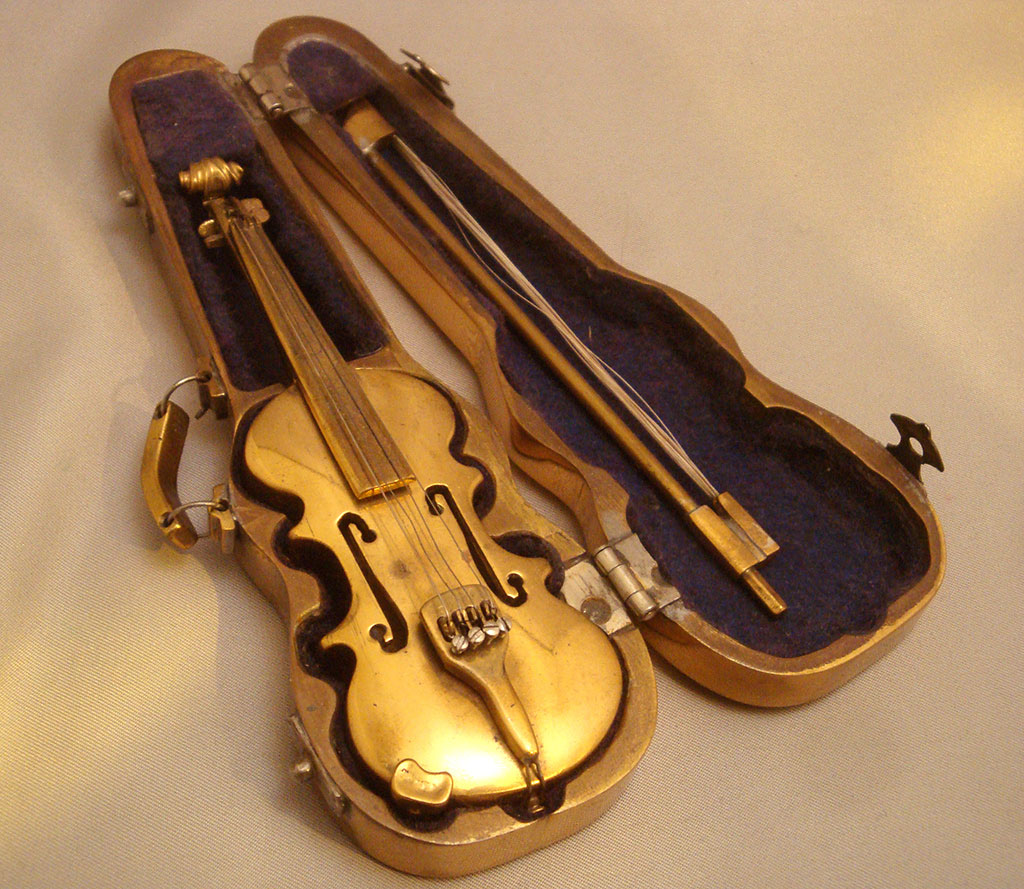 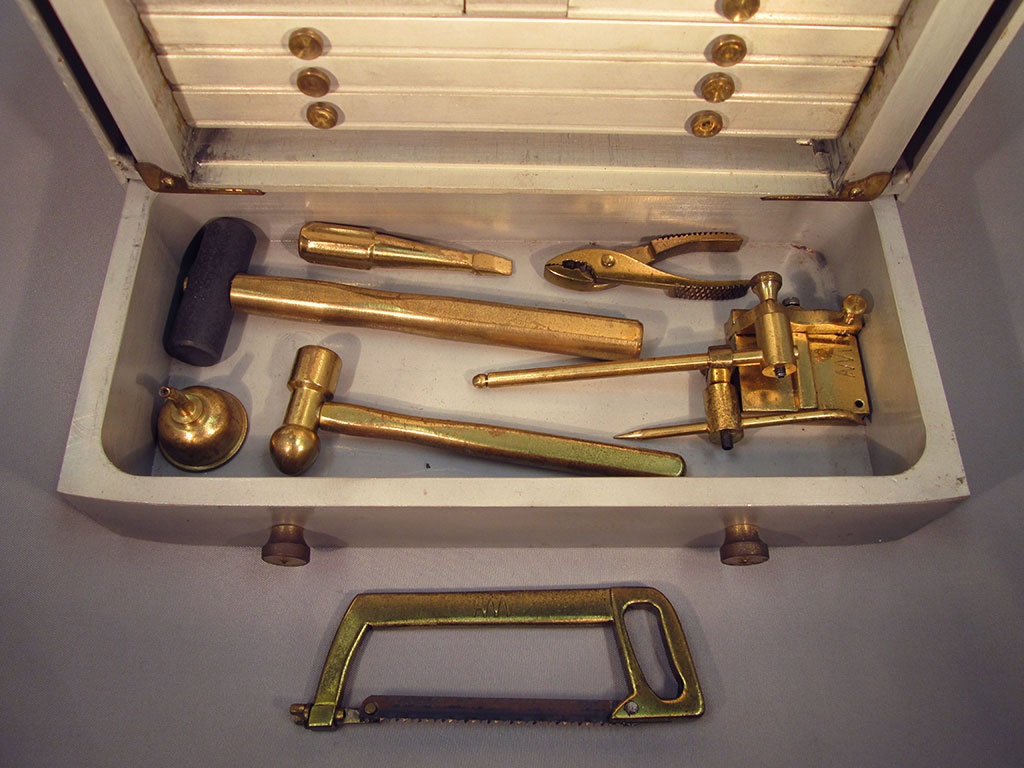 This drawer reveals a miniature hacksaw, hammer, mallet, and other tools.